The legacy of Fidel and Che, as well as that of the intellectual left that continued thinking socialism and its problems until now, poses a paradox of identity for some currents of the left today: that of recognizing and denying them at the same time, in their ideas and in their political practices. 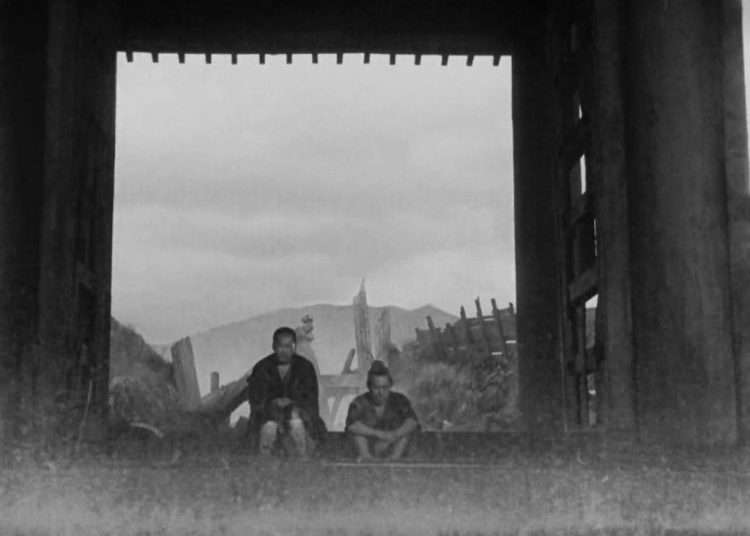 Scene from the movie “Rashomon” directed by Akira Kurosawa.

In the opening sequence of Rashomon (1950), a peasant and a young Buddhist stare at the endless rain, muttering that they do not understand what they have seen with their own eyes. Their notion of what happened is only the fragment of a puzzle, which has four versions, totally or partially contradictory, heard by them during a murder trial. Both are perplexed at the idea that the truth can be so convoluted and diverse.

The scene is completed by a stranger who arrives to take shelter from the rain at the old Rashomon gate, at the entrance to Kyoto, and joins the conversation. His curious questions do not clarify anything, rather they make everything more contradictory and absurd. He doesn’t even understand what the others are going through or feeling, so he sits in a corner to wait for it to clear up.

Overwhelmed by bad omens, the priest affirms that crime is a sign of the times, like wars, plagues, famine, desolation, and human beings who have lost themselves.

Finally, the peasant thinks he has found the key to the enigma, but then he discovers a newborn abandoned at the ruined door. “I have six children. This will be one more.” His gesture makes the story stop being confined to the past, behind a wall of words, while he walks with the child in his arms outside the door, where it no longer rains.

Awarded the Best Foreign Film Award by the Hollywood Academy in 1950, for some Cuban viewers today it is boring, strange, intellectual, uninteresting and inappropriate for summer television. On the other hand, I find that 12th-century thriller fascinating, at the same time containing action, a detective plot and an essay on human understanding, which tells us about how imagination and inquiry break mental patterns, because the truth is not at the bottom of a trunk, but in successive visions that open forward.

In the previous text, I put on the table a group of questions about the past present of the left in Cuba. A reader friend told me that they were very complex, due to their political scope, and that in order to comment on them one “needed time.” It of course is a complex issue, I told him, and even for some it may be sensitive; not so much because of the rather simple questions, but because it is not customary to analyze or debate in an impartial manner, despite being very visible in recent times.

To start off, some have the impression that the left of the past was rather more uniform than the current one. Let’s see.

It is clear that the leadership of Fidel Castro from the beginning aligned orthodox and heterodox behind a common, unitary line, linked to the defense of the Revolution, and loyalty to its principles. However, if we add the group of old communists followers of Anibal Escalante, the former members of the Orthodox Party and others who later joined the opposition, those who went into exile, or became dissidents, and who continued to call themselves left, were social democrats or anarchists or whatever, the anti-Fidelista left that survived the years of the civil war (1960-65) would not have filled the Cabaiguán movie theater.

Its main deficit was not that much, however, its numbers, but rather its inability to “effectively establish itself” as an opposition alliance, because, beyond opposing Fidel Castro, they did not even have a common base that could unite them behind a concrete and independent of the right political project.

The question that arises for the current situation is the following: if some currents opposed to the government or the Communist Party of Cuba (PCC) were recognized today as left, would they have something in common with the previous one? Or would they be completely different? To put it another way: unlike that anti-communist left, could the current opposition lefts reflect on the Fidelista or Guevarista legacy? Let’s say, would they share the vision of the role attributed to the State and the Party in terms of guiding the political and economic process, defended by Che Guevara?

Of course, assuming the legacy of Fidel or Che does not imply repeating their approaches from half a century ago. Considering some as inapplicable today is also not equivalent to denying that legacy. On the other hand, both Che and Fidel were carriers of ideas that could characterize a loyal opposition, that is, within the ranks.

Carefully reading “Socialism and Man in Cuba” or “Notes on the Ideology of the Cuban Revolution,” by Che, or his farewell letter to Fidel (not the one read by Fidel in 1965, but the one published very recently on the evils of government work), allow us to appreciate that the condition of political leader does not exclude the questioning of “everything that must be changed,” including the role of the leaders, their relationship with those they lead and their obligation to ensure that things work and to answer for what is badly done.

As for the element of dissent in Fidel’s legacy, I wonder what was the search for a socialist model of its own, apart from the Soviet or the Chinese, in the 1960s, if not an iconoclastic heresy against the prevailing patterns of world communism? What did the Rectification of Errors (1986-1991) consist of if not to sponsor from the government an opposition to the Soviet model that Cuba had adopted as “the correct path” since 1971, to launch a call to formulate another, frustrated in the attempt as a result of the crisis?

However, no matter how much their ideas and actions are invoked, ideas and actions that endorse, according to the phrase of the young Marx, “the implacable criticism of everything that exists,” it would be very difficult to link Fidel or Che to a market economy and a democracy based on multiple parties, and that really encompassed the entire “Cuban Nation.” In other words, a left whose reference was the Scandinavians would be breaking up with Fidel and Che, as well as with a good part of the current Cuban left. At least.

The same would happen with the intellectual left of the 1960s as a past present: how is it perceived today from the political culture of the current left, assumed in its broadest spectrum?

A paradoxical point where the orthodox and heterodox meet today turns out to be that probably the majority identifies with the ideas, critical thinking and projection as public intellectuals of figures of that left of the 1960s, whom they refer to as their teachers. Both of them admire the old heterodox — and by the way, they don’t remember who challenged them then.

Indeed, if the vision of many orthodox today about Fernando Martínez Heredia, Aurelio Alonso, Juan Valdés Paz is examined, it will be verified that a representation does not prevail as “revisionists,” “diversionists,” unconscious underminers of the genuine and unique revolutionary ideology, “anti-Leninists,” naïve people who played “the game of the enemies,” as they were described at the time by the leadership of the PCC.

For their part, today’s heterodox do not see those of the left that emerged in the 1960s as “organic and obedient,” yielding to the discipline of “democratic centralism” typical of “Leninism,” nor submissive to the political cost of their heresy. Perhaps they harbor those criticisms, but at least I have not found anyone who affirms them publicly, not even in the confessional of the networks. Although it is obvious that some of these currents do not coincide with the sense of belonging and militancy in the established organizations, nor with the criterion of changing them from within, advocated in the political conduct of those teachers.

To put it in a few words, the legacy of Fidel and Che, as well as that of the intellectual left that continued thinking the Socialism and its problems until now, poses a paradox of identity for some currents of the left today: that of recognizing and denying them at the same time, in their ideas and in their political practices.

The last question in this past present refers to the legitimacy conferred on other left currents. Neither those who exalt unity as a central political value nor those who emphasize plurality, democracy, and freedom as the central points of a new system, for the most part, really recognize those who do not think like them.

The public duel between some currents of the left today is not “till blood is spilt” but “to the death.” It is not only about the tone and language of the intellectual and political debate, nor about the use of labels to insult the other, but about the assumed premise: the others are not part of any left, they do not belong, rather they deserve ostracism, banishment or any other equivalent machinery to taking them out of the game.

In terms of the past present, this conduct contrasts with the old left and its legacy. Despite the fact that sectarianism has been present in more than one political current since the dawn of the Revolution, the heterodox and orthodox of the 1960s did not deny each other politically to the point of delegitimizing each other.

There are still some questions left in the drum.

One: to what extent could the various lefts of today be instituted with the political capacity to walk with a defined socialist project under their arms? Another: in their criticism of the PCC is the possibility of an internal democratic reform implicit, equivalent to facilitating the opening to debate and interaction between the leadership and the bases, the greater representation of these, etc.? Or rather that it becomes a “mass party”? Or that it be divided into parties that represent currents in its ranks? Or that it disappears?

Lastly: a left more dedicated to criticizing the government than the anti-socialist right and U.S. politics, is it defined more by its leftist ideology than by its opposition role? Or vice versa?

I wonder how Rashomon’s Buddhist, stranger and peasant would respond to these questions — if they were Cubans. We could imagine it.