At the beginning of August, a tireless Cuban cartoonist passed away in Havana. He was director of ICAIC's Animation Studios, a comic scriptwriter and editor of comic publications. 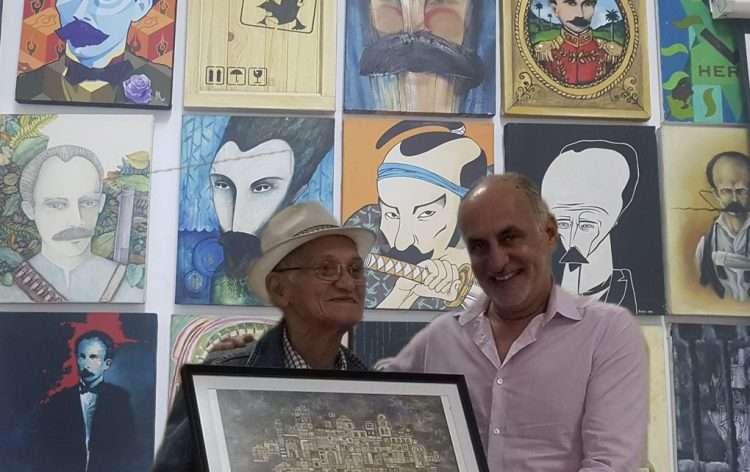 “The comic book is in intensive care,” warned Manuel Pérez Alfaro in 2009 from the pages of Juventud Rebelde newspaper. The notification was accompanied by an argument that has been repeated countless times: there were young people eager to publicize their comics, but they did not have a periodic publication that would allow them, therefore, in Cuba the ninth art was in danger of death.

Now the one who has died is Manolo; his death, at the age of 86, occurred in Havana on August 6 last. His clamor was constant. This is attested to by this fragment of an extensive piece of writing by him in the tabloid El Muñe, regarding the First Ibero-American Meeting of Comics that would be held in the Cuban capital in 1990, of which Manolo was one of its coordinators: “The national artists who dedicate themselves to cultivating comics are regarded as rare specimens that uselessly waste their faculties.”

The paradox: this was manifested at the time that the aforementioned tabloid circulated in the country, a publication that hosted works by the youngest; as well as the very popular Cómicos and Pablo magazines, in which renowned Cuban and foreign cartoonists published, and of which he was a member of the Advisory Council. Who was he referring to, if the creators had printed media, had countless admirers and a national comic book salon?

The underestimation apparently came from their own ranks, because long before, also in El Muñe, Manolo had pointed out the deep crisis that the Comics Section of the Union of Journalists of Cuba was going through, weak in its informative work and incapable of organizing the aforementioned salon, to the point of heralding its demise.

Against that he battled, first of all, writing scripts, including Víctor Sierra, Mito Brito, Fefo, the storyteller and Camila. To this was added the pedagogical work, in a duet with Francisco Blanco, to perfect the craft of writing through the Comprehensive Comics Course, which led to the El Muñe Workshop, in which kids who stand out today were forged.

Manolo indefatigably honored the work of others. From his work as Cultural Director of the Revista Latinoamericana de Estudios sobre la Historieta magazine, he spread the experience of the disappeared P-Ele Group, to which the most significant creators of the guild belonged; just as he recalled the importance of the © Línea magazine, which he proposed to rescue, so that Cuban comics would be known outside their borders.

He was unable to achieve it, but more than a decade later he produced, not without multiple setbacks, a compilation entitled Contar con arte, which celebrated the 30th anniversary of the Pablo de la Torriente publishing house, in which he had worked since its foundation in 1985. The compilation, simple in its finish but valuable in its content, brought together comic strips by Tulio Raggi, Juan Padrón, Virgilio Martínez, Cecilio Avilés, Roberto Alfonso, Rafael Morante, Luis Lorenzo, Orestes Suárez….

Due to his physique and his impetus, Manolo Pérez seemed like a modern Quixote, only he never lost his mind. He died in the hope that current and future authors would continue to be brought together in installments that would give continuity to the so far only volume of Contar con arte.