Cuban Americans are maintaining an attitudes towards US/Cuba policy which mirrors the policy initiatives of the Biden administration. 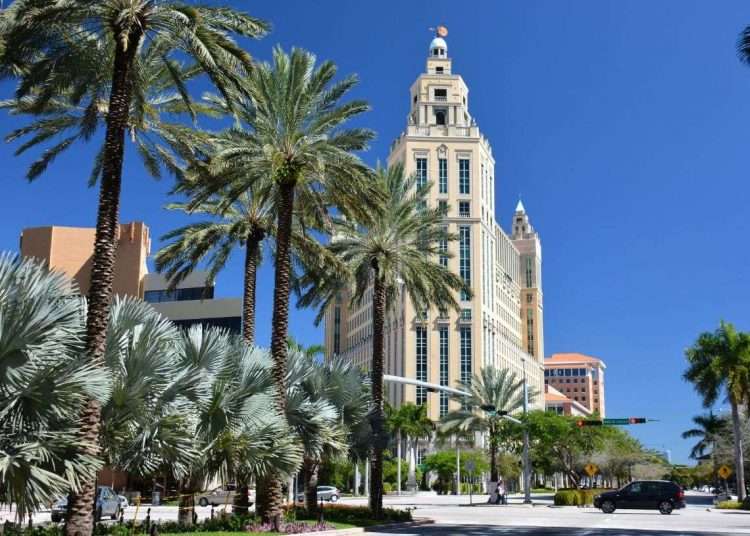 It is never difficult to explain why Cuban Americans harbor non-conciliatory views about U.S./Cuba relations. There are as many reasons why Cuban Americans dislike the Cuban government as there are stars in the sky. Some Cuban Americans will catalogue the human rights violations to justify their opposition to lifting the embargo or otherwise normalizing economic and political relations with the island. Others will blame the Cuban government for its inefficient economic policies, excessive cronyism and the lack of transparency of its decision-making process and support playing hard political ball with a government that created the environment which forced them to leave their country. The hard line has many fathers and mothers and only the most calloused observer will brush it off as simply an irrational, emotion driven world view. At the same time, it is only the most empirically disinterested, cynical or hypocritical observer that will claim that the “hardline” has had the results envisioned by its proponents.

Still, the isolationist point of view among Cuban Americans has a tradition which stretches back to 1959 and entered the 21rst Century as strong as ever. So when entrenched opinions with a clear trend suddenly veer onto a different path, leading in a different direction, researchers become curious. Why did this happen? What new variables have entered the minds of our respondents?

The assumption has always been that the opinions of Cuban Americans shape the policy decisions made by the leadership in Washington. Cuban Americans, after all, are constituents and, when it comes to Cuba, they are constituents with many horses in the race.  Yet, the Obama years introduced new variables into the mix.  When Obama opened diplomatic relations, travel and commercial engagement with the island, he did so without consulting the old political guard of Miami. As Pepe Hernandez, at the time the president of the Cuban American Foundation (CANF) explained, “Like they say in domino, they’ve been shuffled off the table quite substantially in the past few years but especially since Dec. 17, 2014.” (Mazzei 2016). The CANF, under Jorge Mas Santos, supported the Obama approach in a public statement (Mas Santos 2008, A19) and a detailed white paper, “A New Course for U.S. Cuban Policy: Advancing People-Driven Change” (CANF 2009).

After limited protests against Obama’s opening, the community adjusted to the new normal. By the time Obama left office, over 64% of Cuban-Americans supported the engagement initiatives. (FIU Cuba Poll 2020) The shift in community attitudes during the Obama years disrupted the hardline trend and initiated a trend towards diplomacy and engagement. This new trend shifted the attitudes of Cuban Americans from one of endorsing policies of isolation to at least considering policies of engagement.  The shift in attitudes reflected the new normal established by Washington leadership.

Thirty years of conducting the FIU Cuba Poll provides researchers with an ample data set to explore the “why” of such a dramatic shift in opinion. If we combine the data sets of the FIU Cuba Poll, an accumulation of data points of over 10,000 respondents back to the early 1990s, a compelling, previously unexplored pattern is evident. When we control for the influence of demographic, socioeconomic, birthplace, and immigrant cohort variables, that is, when we measure only the influence of the political party occupying the White House, a strong, unambiguous pattern emerges: leadership from Washington has a significant and direct influence on the views of Cuban Americans towards U.S.-Cuba policy. It is a hypothesis worth exploring.

Exhibit A in this argument is the pattern established since the mid-1990s by the community’s support for the hot-button issue of the embargo. During the George H.W. Bush administration, 85% of Cuban Americans in South Florida supported the embargo. By 1995, two years into the Clinton administration, support was at 82%. From 1995 to 2000, however, even as the Helms-Burton Act made it through a Republican Congress, the embargo endorsement rate declined by 3.6% per year — a total of 18 percentage points from 1995 to 2000. The George W. Bush years saw a stabilization of the embargo support at the level reached during the Clinton years. Approximately 63% supported it at the beginning of the administration and 64% supported at the end of his two terms.

During the Obama administration, support for the embargo resumed its decline by 2.6% per year. This resulted in a drop of 21 percentage points between 2008 and 2016. The ascension of Trump increased the rate of support for the embargo by 5.1% per year, yielding a rise of more than 10 percentage points in merely two years. In short, whoever controls the White House shapes the attitudes about Cuba among Cuban Americans in south Florida. Cubans, just like other Americans, take “cues” from their president.

It is likely that the Obama approach did not change the anti-engagement minds of hardliners in south Florida. The dislike of the Cuban government that some harbor remained firmly in place but the views about the strategies necessary to create changes in Cuba were altered. As a moderate/right opponent of the Obama policies said, “Ok, so now we have to create a middle class in Cuba so that they will cause a problem for the government.”

The major conclusion drawn from this edition of the FIU Cuba Poll is that Cuban Americans are maintaining an attitudes towards US/Cuba policy which mirrors the policy initiatives of the Biden administration. The Biden policy, to the extent that it exists, has maintained many of the characteristics, and most of the rhetoric, established by the previous administration. The limited steps taken in recent months to alter travel and remittance restrictions and the projected resumption of family reunification initiatives are strongly supported by the Cuban American community but are not new policies. The administration’s ambiguous approach to Cuba policy, however, seems to be reflected in the community’s support of policies which promote regime change as well as support for policies designed to improve the wellbeing of the Cuban people. Ironically, supporters of the Obama initiatives have argued that only by establishing normal relations with the island can both objectives be met.

The analysis mentioned above strongly suggests that Cuban Americans in South Florida follow the lead of strong leadership in Washington, whether the leadership proposes engagement, as did Obama, or isolation, as did Trump. As different as Obama and Trump are, both exerted leadership in establishing their imprint on U.S.-Cuba policy. And both received support from Cuban-American community leaders in South Florida. Obama’s new approach was supported by the CANF leadership and Trump’s performance at the Manuel Artime theatre on June 16, 2017 was designed to highlight the community support backing his shift in policy.  Today local leadership encouraging  engagement is absent. And leadership matters.

There is a strong status quo bias governing the attitudes of the community, and the status quo is established by Washington policies. Given the reluctance of the Biden administration to alter many of the Trump era policies and narratives, it is not surprising that Cuban Americans continue to express attitudes which reflect the status quo.

Nevertheless, as the results of the poll make clear, there is strong support for specific family-based engagement—allowing for unlimited remittances, family reunification and accessibility to visas through the Havana embassy, island wide travel via U.S. based carriers, selling of food and medicine–and a general support for policies which improve the economic well-being of the Cuban people.

Yes, there are plenty within the community who support strict isolationist policies. But the community is not monolithically hardline. Strong leadership which clearly delineates the benefits of engagement for Cuban Americans, the benefits of being involved in the development of social dynamics on the island, can shape the community’s perspectives. At least that is a hypothesis worth exploring for the sake of Cuban Americans as well as Cubans on the island.

Policies of the Carrot

Policies of the Stick

The elections are over. Cuban Americans helped DeSantis become the first Republican governor to win the county since Jeb Bush did it in 2002. The Cuban American vote will again receive attention in 2024 when DeSantis and Trump make their assault on south Florida. Given their similarities, it’s unclear how they will try to appeal to the Cuban American vote in 2024. It should be an interesting explosion of reactionary vitriol camouflaged in patriotic garb.

A parting note to Democrats: Start from scratch. There is a cold war wall separating you from Cuban Americans. The Republicans have been building this wall for forty years and are now reaping the benefits of playing the long game.  Tearing it down will be a long-haul endeavor as well. The short-term strategy of luring Cuban Americans by sounding like Republicans has not worked. It is time for Democrats to address the needs of the Cuban Americans in their role of citizens, not exiles. The data show that Cuban American values are within the Democratic rather than the Republican spectrum; issues such health care, gun control, and abortion. Use what we know about their civic concerns and chill on Cuba policy unless it is family reunification related. Of course, this is just one man’s opinion. One man with a lot of data on which to base his opinion.