Cruise passengers from the United States were growing at a fast rate. This variant of access to the island was becoming the most popular before it was shut down. 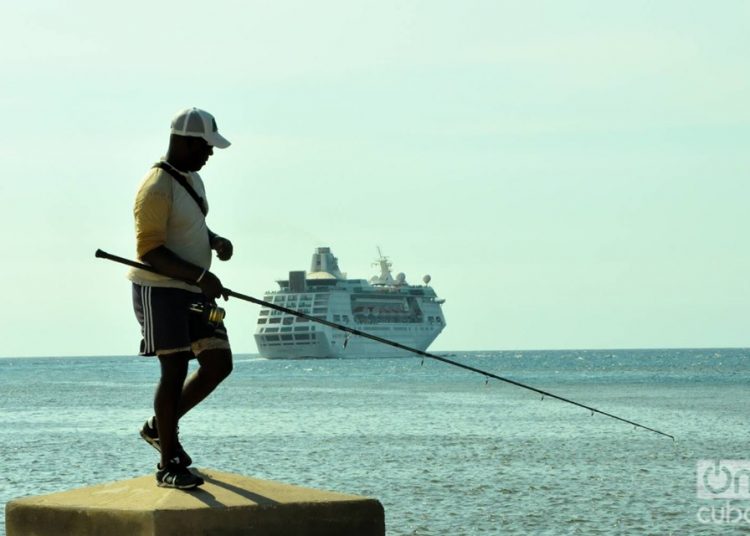 Read From the embrace to the ax: travel from U.S. to Cuba (I)

Starting from the line set in the Presidential Memorandum on National Security, signed in Miami by President Trump on June 16, 2017―which among other issues deals with that of the Cuban military―, on June 5, 2019 the ax fell on people-to-people travel, cruise ships, yachts, sailboats and private aircraft. According to the press release of Secretary of the Treasury Steven Mnuchin:

Cuba continues to play a destabilizing role in the Western Hemisphere, providing a communist foothold in the region and propping up U.S. adversaries in places like Venezuela and Nicaragua by fomenting instability, undermining the rule of law, and suppressing democratic processes. This Administration has made a strategic decision to reverse the loosening of sanctions and other restrictions on the Cuban regime. These actions will help to keep U.S. dollars out of the hands of Cuban military, intelligence, and security services.

By placing the military and security services as if they were loose electrons, the fact that they contribute to the State the income obtained in the tourist facilities they manage remains in parenthesis. Exactly the same as is done by the hotel chains beyond their control. If the aim is to deprive the Cuban government of those dollars, the new action does not prohibit American travelers from staying in other facilities that are also state-owned. To put it graphically and with only one example: they are prevented from staying at the Gran Hotel Manzana Kempinsky, a Gaviota joint venture with a Swiss chain, but not in hotels that belong to Gran Caribe, Isla Azul, Palmares or other enterprises not managed by the military.

That was ratified three days after the announcement. Responding to numerous questions and concerns, OFAC announced that persons subject to the jurisdiction of the United States could stay “in an unrestricted hotel and/or a private residence when visiting Cuba using the ‘Support for the Cuban people’ in the category of authorized trips.” The note says:

Assuming that the person traveling to Cuba is doing so in accordance with all of the various requirements of the general license found in section 515.574 (Support for the Cuban People) of the CACR, the terms of this general license do not prohibit travelers from staying in hotels, so long as the traveler’s stay in a hotel does not involve any transactions prohibited by 515.209 of the CACR.

On the other hand, the decision of June 5 also pursues the “prosperity of the Cubans and the independence of the government,” but already by canceling the self-certification, the face-to-face―which happened for the first time in November 2017―, there was inevitable damage to the private sector, which tries to survive and prosper against Tyrians and Trojans.

As will be recalled, then OFAC had established the obligation to form part of a group experience under the supervision of “a group employee, consultant or agent,” who had to “accompany each group to ensure that each traveler kept a full program of educational exchange activities.”

That affected private travel, based on a feature/value of American culture: the role of individuals making their own decisions, as well as the freedom to choose. Booking rooms through Airbnb via Internet offered multiple options for different incomes; clients went directly from the airport to the private home selected by them, without any mediation. On Airbnb, Cuba came to rank as the fastest growing market, the no. 9 most popular destination, before destinations such as Australia, Germany, Holland and Thailand: 70,000 monthly guests.

Researcher José Luis Perelló estimated that the occupation rate of private homes was 90% in 2016 and that it decreased in the two subsequent years. Overnight stays decreased 9% in 2018, to which was added a drop in the average stay of Americans. Until 2017 they stayed, on average, six days in the country; afterwards, only three.

According to estimates, during the second half of 2017, private homes were receiving about 31% of the dollars that entered the country through tourism, between B&B and paladares, tours and other linked services. In places like Viñales or Trinidad this is very remarkable.

The measure also had a negative incidence on that network of services for tourists, including renting those old convertibles in which Americans usually tour Havana and with which they take pictures. A taxi driver said: “In the last two years, we have had a lot of business with American travelers. The impact is huge for me. I have to pay in dollars [CUCs] for these spare parts. If I have less income….”

As to the cruises, in general during the last years the arrival of visitors by this means had been exhibiting important growths. In 2013, 9,380 cruise passengers arrived in Cuba; five years later, the figure rose to 877,000 in round numbers―that is, a growth of 43% over the previous year.

In 2017, 23 cruise lines made 706 stopovers in nine Cuban destinations; of them, 304 in Havana, 145 in Cienfuegos and 104 in Santiago de Cuba, the main cruise ports in the country, as reflected in the following table:

The cruise passengers from the United States were growing at a fast rate. This variant of access to the island was becoming the most popular before it was shut down.

According to official figures, in 2018 Cuba received 4.7 million tourists, of which 800,000 arrived on cruises from the United States.

Between January 1 and April 30 of this year (2019), 142,721 cruise passengers arrived from the United States, an increase of more than 300% over the same period the previous year.

Read From the embrace to the ax: travel from U.S. to Cuba (I)