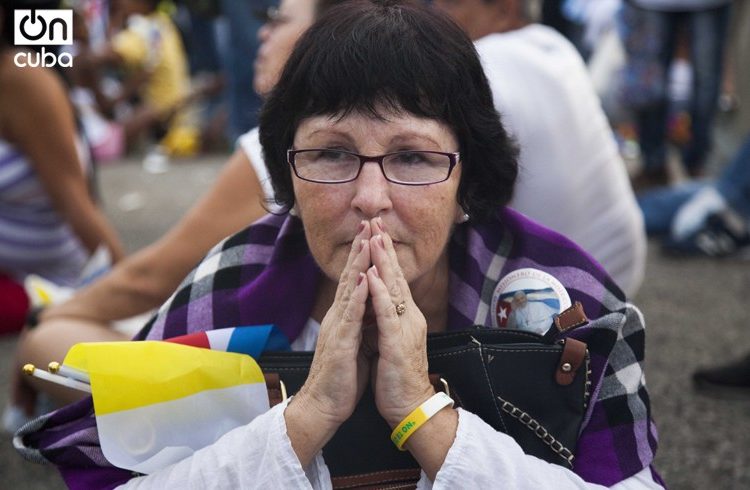 It’s the third time in 17 years that a pope has visited Cuba. Like the previous trips, this most recent visit holds significance for the Catholic Church and for Cubans in and outside of the country. But this pope is different; he feels closer, he’s Latin American, he speaks our language, and from the start, he has shown that he doesn’t follow all the rules.

His attitude has made him into a leader. All kinds of people everywhere, Catholic or not, listen to his words, which is why it was a given that whatever he said in Cuba would be closely followed all over the world.

In all of his speeches, Francis transmitted a message of peace, hope and love. He encouraged us to be united and to pursue our dreams. He urged us to rise above ideology, to build a culture of encounter, to continue the process of discernment and to serve others with solidarity. He propose to young people that they be the “sweet hope of the future,” and engage in dialogue with those who think differently, without falling into individualism and opening their hearts and minds to talk about what we share in common.

Those Cubans who went to encounter Francis in every setting, where he talked with the people, did not go solely to see the maximum representative of the Catholic Church worldwide; they also went to encounter the man who has become an essential part of the Cuban people’s new reality.

The intervention of the Vatican in secret negotiations between Cuba and the United States was an important point in the decision that the presidents of the two nations announced to the world on Dec. 17, 2014, following his wise advice that we “should live in harmony, respecting our differences, but as friends.”

Upon his departure, the pope left us with concerns implanted in our consciences, concerns often numbed by daily routine. Francis brought new airs of hope, and attempted to have his “call for peace extend not only to high political levels, but also the peoples of Cuba and the United States.” He confirmed for us that despite the obstacles, we are on the right path, and we should (and must) persevere.

Carlos Gutiérrez: “We can’t let this opportunity go by”

Carlos Gutiérrez: "We can’t let this opportunity go by"