At least on some of policy issues, Cuban Americans do not see eye-to-eye with today’s Republican Party. The question is, can the Democrats take advantage of the misalignment?

Guillermo J. Grenier
in Columns, It is not easy
0 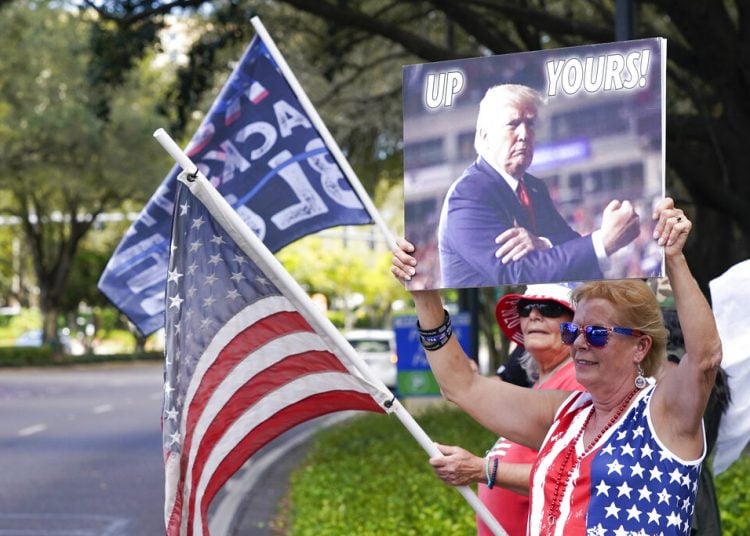 “There are Cubans and there are Cubans.” With this phrase, sociologist Lisandro Perez and I cryptically signaled the diversity evident in the Cuban American population in the United States in one of our books years ago. It is a population, after all, that has continued to replenish itself with new arrivals and off-springs. It is a population that varies on the reasons its members left the homeland as well as on how way that they have been welcomed and incorporated into the U.S. socio/economic terrain. There are Cubans and there are Cubans. Some rich, some poor. Some eternally bitter, others eternally hopeful. Some feeling at home in the adopted country, others feeling alienated from friends, family and future.

The 2020 FIU Cuba Poll established that South Florida Cuban Americans are, on the whole, moderate Republicans when specific issues are discussed, regardless of their operatic and over-the-top Trumpian performances.

A data set developed by the Democracy Fund Voter Study Group and the University of California-Los Angeles allows us to examine more closely the attitudes of South Florida Cuban Americans and compare their political policy views to those of other Republicans. The

Nationscape project is one of the largest public opinion surveys ever conducted, interviewing, between July 2019 to June 2020, over 318,000 thousand voters from every region, county, and congressional district in the country. This massive research effort yields a probability sample of more than 2200 Cubans living in the United States. By extracting the Cuban Americans in Congressional Districts 24-27 we can look more deeply into the differences between South Florida Cuban American Republicans and your standard issue Republican. (Shout out to Carlos Odio of Equis Research for leading me to his treasure trove of data.)  The findings will make for an interesting book, to be published with my colleague Dr. Qing Lai, but here I’ll share a few of the highlights so far.

Let’s compare the opinions of Republican Cuban Americans and the Core Republicans on three key fiscal/social policies: raising taxes on the rich, reducing student debt, and the provision of universal health care for all Americans.

On the issue of tax cuts for the wealthiest Americans (earning over $600,000/yr), South Florida Republican Cubans are slightly more supportive of raising taxes on the super-rich (64%) than non-Hispanic white Republicans (62%). This is not a statistically significant margin and we can safely assume that on taxing the wealthy, Cuban Americans and other Republicans see eye-to-eye. On all other policies discussed here, however, the views of Cuban Americans differ significantly from those of the Core Republicans and signal real points of divergence between the two groups.

On the issue of student debt, 68% of South Florida Cubans want to ensure that any student attending a state college or university can complete his/her studies debt-free. Only 48.5% of the GOP’s core constituency is so benevolent. Tuition-free access to public universities has been an integral part of the Cuban educational system since at least the 1940s so it’s not surprising that low-cost education is on the Cuban American wish list.

Political commentators all over the country raised their eyebrows in 2015 when it was reported that Hialeah led the country in Affordable Health Care Act enrollments. It is not surprising, then, that 56% of South Florida Cubans support the provision of government run health insurance for all Americans. This might not seem an overwhelming majority but compare it to the support expressed by core GOPers: 37%.

Seventy-five percent of South Florida Cubans support building a wall as contrasted with 85% of the core GOP constituency. Fifty percent of SFCA support creating a path for citizenship for undocumented immigrants, as compared to 43% Core Republicans. On the question of deporting all undocumented immigrants, South Florida Cuban Americans are less cold-hearted than the Republican core membership. Only 53% endorse this way of dealing with undocumented newcomers as compared to the 75% support deportation receives from Non-Hispanic White Republicans.

And on the issue of race and discrimination? White Cuban Americans often insist that racism either did/does not exist in Cuba or that tolerance for racial diversity was/is more prevalent on the island than in the United States.  Two questions in the NS database open up interesting perspectives on racial attitudes of Cuban-Americans.

The first question presents the experience of other minority populations who have overcome prejudice “without favors” from the government (Jews, Irish, Italians) and asks whether Blacks should be able to do the same. On this issue, 85% of South Florida Cuban Americans, a dominantly (90%) White populations, believe that Black Americans should be able to overcome the inevitable prejudice visited on minority communities in the United States without special favors. A significantly higher part of core Republicans, 90%, think so too.

The second question asks whether generations of slavery and discrimination have created conditions hindering the social mobility of Black Americans. According to 49% of Cuban Americans in South Florida, yes, history matters. The legacy of slavery and discrimination impedes the social mobility of Black Americans. Only 35% of core Republicans recognized the barriers posed by inherited prejudices.

In his first hundred days, Biden has put pedal-to-the-metal and made it very clear that his presidency will be about policy, not performance. Recognizing the policy leanings of Cuban Americans Republicans is important, particularly when they reflect a schism between the Cuban American point of view and that of the typical, garden variety Republican. Such fault lines of opinion potentially offer an opening to the Democratic party to highlight the new administration’s policy initiatives and their relationship to the daily life of Cuban Americans. How many Cuban Americans know, for example, that the currently passed American Relief Plan includes significant updates to the much appreciated Affordable Care Plan?

It takes work to compete with the Trumpian Spanish language media barrage, but this is the time to hammer home to the Cuban Americans on the street that they are outliers in today’s Republican Party. That neither the messengers nor the message of today’s Republican Party have their best interests in mind. Cuban Americans should feel uncomfortable breaking bread at a table set for greedy white supremacists and anti-immigration xenophobes.

Clarifying policy interests does not explain the effervescent Trumpism recently exhibited by South Florida Cuban Americans. That’s because Trumpism is not about policy. Or even values. It’s about a direct, full-frontal assault on a system of governance that has grown out of touch with the impotence felt by many Americans. It is about raising the idols of the tribe for the worship of fear and anger. Trumpism’s strategy is to recruit the alienated fellow travelers who desperately want to attack this system of governance for its liberal values, for its encouragement of the diversity transforming the country and fueling their alienation. For being a government of the wrong people, by the wrong people, and for the wrong people.

One way to chip away at the false idols erected by Trump is to return to the policy as the focus of the government. Policies that are inclusive of populations and recognize the needs of individuals and the responsibility of government to meet those needs. At least on some of policy issues, Cuban Americans do not see eye-to-eye with today’s Republican Party. The question is, can the Democrats take advantage of the misalignment?