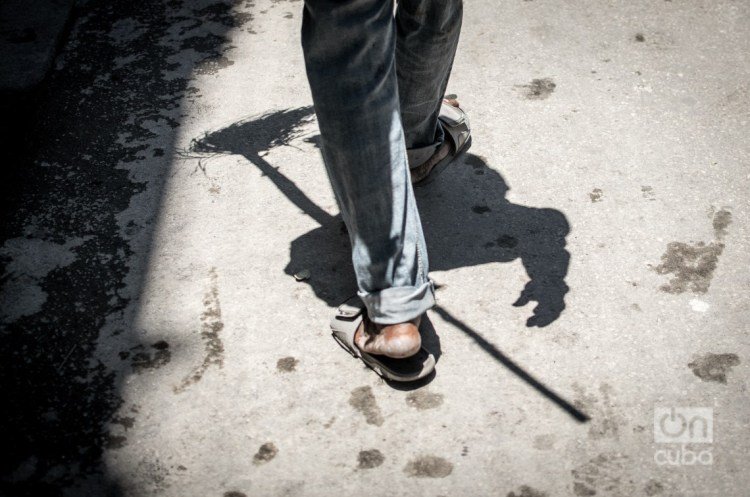 Dignity is very important in Cuban political history. March is the month of Baraguá, Maceo is a prototype of dignity at all costs, against logic and against reason. He is the dignity of utopia.

Dignity saves the poor from misery, and makes them simple but noble, strong and clean human beings if they are worthy.

We are worthy when we do not steal, even if we live in hardship, when we prefer honesty and when we go out earn three pesos instead of using deception and fraud.

Armies of elderly and worthy old women, go out to Cuba’s streets and embankments every day to work because their pensions are not enough to live…in a dignified way.

They don’t simply choose to beg, they rather sell peanuts, trinkets, old books, coffee in the portals, often change at the bus stops, take care of cars in the parking lots, collect cans for raw material.

Cubans men and women are mostly worthy. For one who is miserable, who is vile, dozens of men and women insist on working and waiting for their salary to be enough than to just buy croquettes.

But dignity must be fed with pride, with honor, with welfare, with justice, with hope.

The U.S. government has decided since 1962 to block Cuba. It has done it with stubborn perseverance and made our people suffer.

As Cuban jokers say: you can’t eat dignity. It’s true. But it shelters, feeds in another way, which cannot make us forget our need to eat and live.

We are worthy because we are not complaining all the time, nor looking for who is to blame for who we are and what we have gained and lost.

But the Cuban government has forgotten the lesson of the people of Cuba. It only knows how to complain about the blockade.

As they reiterate, everything that goes wrong in Cuba is because the blockade has led to it. I wonder, is this worthy?

Until yesterday the blockade supposedly was not effective, besides being illegitimate and inhuman; that they had wasted time with us, that this was from another era.

But complaints have returned in our newscasts. That the blockade does not let us do, what we would do without the blockade.…

But, if the blockade was useless, how can it now be to blame for everything bad that happens to us.

Isn’t it that the blockade feeds on our complaints?

Is it not that the blockade observes how it stops us, slows, brings us to our knees, enrages, obfuscates, numbs, impoverishes, and therefore does not abandon its asphyxiation plan?

In the political contest, in the contemporary dispute between Cuba and the United States, dignity was forgotten at some point and complaints began.

And dignity saves us because it guides us when the demon of survival pulls.

Those who govern have to know that the Cuban people can understand that some things are missing, but we also know what has always been in our fields and warehouses.

We don’t accept that the blockade can stop or impede freedom, justice, human rights and democracy.

Without these values ​​there is no dignity that can survive.

“My rights have been violated,” one of the last phrases of a Cuban who died in a Louisiana prison.