Analysis of potentialities of human rights, as a conception, values ​​and regulations to sponsor or establish a political and cultural dialogue on the island 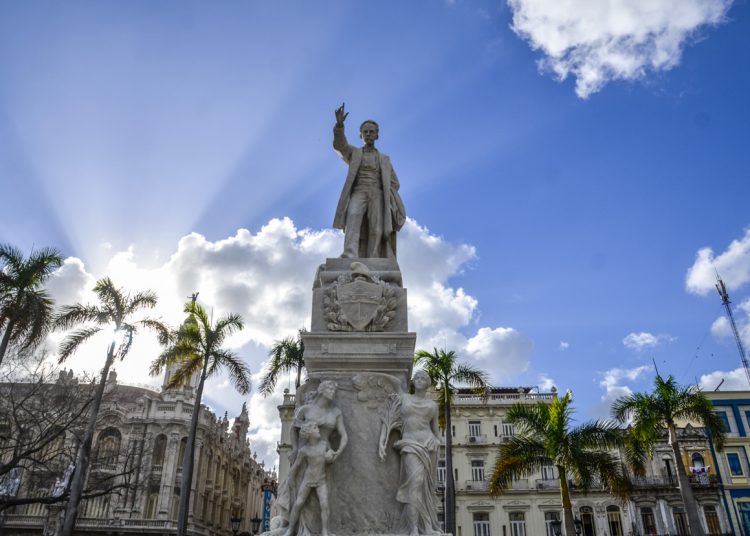 The Universal Declaration of Human Rights is a little-known document in Cuba. I have not found it in tabloids sold in newspaper stalls, or in bookstores, in the form of an easy-to-read brochure.

There are fewer, therefore, known documents such as treaties and protocols that regulate specific human rights or groups of them.

The culture of human rights has already summoned us at other times as a sociocultural problem to be solved in Cuba immediately, but now we will be continuing the analysis of the potentialities of human rights, as a conception, values ​​and regulations to sponsor or establish a political and cultural dialogue in our country.

Dialogue between all social actors who want to contribute something to the present and future of Cuba, must be based on and from the respect for the rule of law, within the principles of conservation of sovereignty in the people and respect for all human rights for all people. This means that both the State and individuals, citizens, must comply, as long as it is fair and as long as it does not violate the Constitution of the Republic, the legal order established as a positive right in the country.

It is impossible for dialogue to be lucid, frank, constructive, respectful and efficient, if the parties do not know the basic ground that sustains them, from the point of view of human rights and other types of subjective rights.

This is the case of international statements and regulations on human rights that are connected with criminal law and due process.

According to the Universal Declaration of Human Rights, in its article 10, “Everyone is entitled in full equality to a fair and public hearing by an independent and impartial tribunal, in the determination of his rights and obligations and of any criminal charge against him.”

This small paragraph contains some of the most important legal, criminal and procedural achievements in the history of the people’s struggle for justice. Full equality in the process, between the parties, which today seems an understatement, was not found in the medieval criminal process or in the canonical inquisitorial process. Feudal law was not governed by principles of equality, so it was necessary to wait for modern revolutions to start building that value, assumed as essential by the new generations.

The human right of a public hearing is also a great achievement of humanity, although its references are ancient. As even today it is possible to find processes and procedures where equality between the parties is lacking or is impaired within a criminal case, it is also quite normal to find a lasting influence of the non-public hearing of the criminal process, inherited from the inquisition.

The public hearing, which is part of the Cuban legal tradition, is an enormous guarantee for the accused, defendants, victims and for the State itself. The right to be heard publicly allows the parties in a process to express their criteria beyond the secrecy of the investigation, the written forms of the conclusions of the Prosecutor’s Office, the defense discharges and the judicial decisions prior to the sentence. It allows the representation of a case at trial, and a time when the accused party can express himself freely.

The fact that there is not a widespread practice of using the law as a means of defense before the administration but rather the political route is preferred, due to the prejudices that have been associated with the use of law, and specifically the use of procedural law, has allowed a growing popular demotivation for the use of the defense of rights in processes of any kind, when the defendant is the State or its officials.

The foregoing is added to a serious problem, which has begun to be resolved gradually: the impossibility of accessing justice in various matters in which Cuban law did not provide for the culmination of the controversy in the courts.

Along with equality in trial, and the right a public hearing, the aforementioned article of the Universal Declaration establishes that we all have the right for the tribunals to listen to us and to resolve the legal dilemmas that are presented to them, acting independently and impartially.

It is impossible to propose a healthy discussion in politics and a constructive dialogue between diverse subjects of a cultural spectrum such as the Cuban one in 2021, if we do not assume that in any case the People’s Courts in Cuba must be independent and impartial.

The possible dialogues—which must be many—that are opened in Cuba, in the nearest possible future, must be guarded by an administration of justice that responds to the law, as established in the Constitution of the Republic, and that does so from a neutrality unaffected by political environments or national security needs.

The Office of the Attorney General of the Republic and the system of People’s Courts must be the guarantee of equanimity, justice, prudence, transparency, honesty, professionalism, neutrality and independence, essential for all of us to be equal before the bodies that must guard the legality.

The dialogue or dialogues that we believe are essential must respect the good laws of the nation and must be protected by the organs of justice, with an eye on human rights, as an ethical reference and legal duty.