How is the right of association regulated in Cuba? Analysis of its limitations and proposals for its improvement 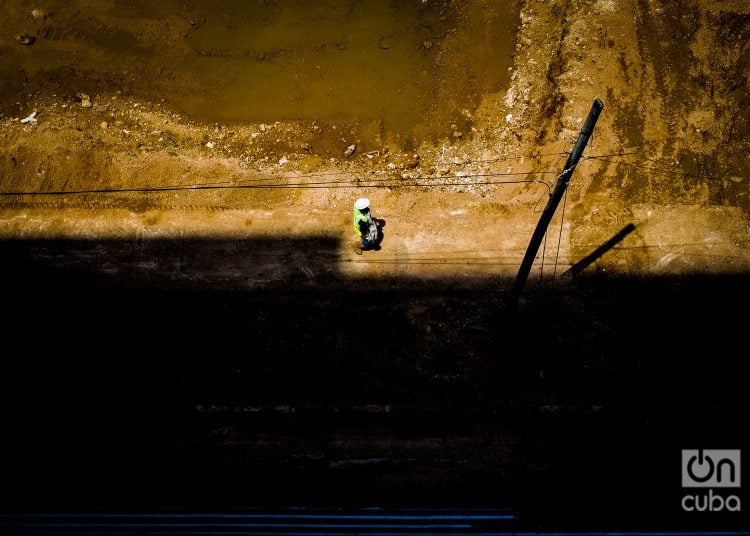 Article 20 of the Universal Declaration of Human Rights establishes that: “1. Everyone has the right to freedom of peaceful assembly and association. 2. No one may be compelled to belong to an association.”1

For its part, article 22 of the International Covenant on Civil and Political Rights states that: “1. Everyone shall have the right to freedom of association with others, including the right to form and join trade unions for the protection of his interests. 2. No restrictions may be placed on the exercise of this right other than those which are prescribed by law and which are necessary in a democratic society in the interests of national security or public safety, public order….”2

The 2019 Constitution of the Republic of Cuba establishes in article 56 that: “The rights of assembly, demonstration and association, for lawful and peaceful purposes, are recognized by the State provided they are exercised with respect for public order and compliance with the requirements established by law.”3

The right of associations is one of the most mentioned and wielded in the current Cuban political context. The difficulties in creating, registering, and operating an entity like this in Cuba are known, to the point that a kind of non-declared associative moratorium is recognized, due to the minimal incorporation of new associations to the Registry of this type of legal entity that is in the Ministry of Justice.

The idea that we have defended in this series of articles, that the culture of human rights, its ethical, philosophical, political and historical foundations, is fundamental to promote a fluid and edifying dialogue between different sectors, groups, ideologies, becomes very evident when we think about the right of associations, because it is essential when establishing some indicator of autonomy, independence and strength of any civil society.

Many of the demands that different groups have made since the end of 2020 are related in part or as a whole to the right of association.

Let’s then analyze the way in which this right is regulated in Cuba and the limitations of this regulation. In this article I will criticize this regulation and make proposals for its improvement.

I propose an improvement of the Cuban regulation on Associativity, created in a different context from the one we live today, both politically, legally and economically, so the critical analysis must begin with an assessment of the benefits that legal regulation of the 1980s brought to Cuban civil society, which can be summarized by assuming that in this historical context in Latin America there was still a struggle for a clear recognition of the institutionalization of civil society and it was done from a terminological confusion, especially legal, which did not affect Cuban legislation.

On the other hand, our historical conjuncture at that time was not yet under the open political confrontation that track 2 of the U.S. Torricelli Act inclined towards Cuban civil society, which would bring serious political consequences for the official understanding in Cuba about the importance and political, social and legal legitimacy of NGOs, victims in that context of an obtuse denial of any idea of ​​civil society, limited in the interpretations of the most bureaucratic part of the Cuban State, to an idea of ​​institutionality prone to bad influences or simply allied with the enemies of the Revolution.

Later, the national and international work of Cuban NGOs gained high legitimacy in every way, which, together with an intellectual battle, won by Marxist, revolutionary and humanist thought within Cuba, shed light on the true meaning of civil society and the importance of the recognition and protection of its representative organizations.

Even so, the coming years have been difficult, since a methodological mistrust of the State towards non-governmental organizations has been imposed as a state practice in Cuba since the enactment of Law 54, which has impeded their creative activity, but that has served to consolidate the resistance vocation of these organizations.

Therefore, I will take expose the sociopolitical and legal economic anachronisms found in this already old legislation, especially after the economic guidelines approved in the 6th and 7th Congresses of the Communist Party of Cuba (PCC), as well as their original legal technical problems, all of them causing problems that are not technical but social.

Article 1 of the Law of Associations correctly states that it is intended to regulate the constitutionally recognized right of association in Cuba.

The second paragraph of article 2 of the Law, states that the mass and social organizations referred to in the Constitution, ecclesiastical or religious associations, agricultural production cooperatives and credit and service cooperatives are not included in its prescriptions, and therefore, the less the new cooperative forms will now be considered.

The Regulation of the Law declares elsewhere that ecclesiastical organizations will be regulated by the future Law of Cults, not yet promulgated, which may be correct, given that the nature, meaning and spiritual scope of churches and religious cults well deserves a singular law. The same could be said of cooperatives, however, the exclusion of social and mass organizations referred to in Article 14 of the Constitution, would be worth rethinking because since the Constitutional Reform of 1992, the aforementioned organizations are not exhaustively mentioned, but the formula was used: mass and social organizations, emerged in the historical process of the struggles of our people…. The 2019 Constitution also does not refer to these organizations in a specific way, which allows considering that the new organizations that arise will also have this recognition and could be understood as Associations in the sense that Law 54 includes, so as not to remove the well-known Cuban civil society mass organizations, less when in later international practice, some of them reached a consultative status with the UN Economic and Social Council (ECOSOC).

In the second chapter of the Law of Associations, Art. 6, referring to the constitution of associations, it is regulated that in any case the application for registration of an association must be made through the state body or agency, at the national, provincial or municipal level, when appropriate, that is related to the objectives and activities to be developed by the association to be established.

In international forums, Cuban NGOs, since the late 1980s, had to face harsh criticism of this mechanism, especially in the UN structures concerned with the issue of Human Rights, especially civil and political rights, due to the apparent subordination of NGOs from their constitution to a state structure, which must inform the Ministry of Justice, within 90 days of the request, stating whether or not the constitution of the requested association is appropriate.

The foregoing is not a formality easily defeated each time the constitution of an Association has been attempted because it is in relation to the more rigid regulation of Chapter III in which Article 11 states: For the fulfillment of their objectives and the development of their activities, the associations will maintain coordination and collaboration relations with the state body or agency.

The ambiguity does not disappear from the following articles: in article 13 it is established that these relations will be agreed upon, and this could lead to the belief that the State does not attend them as a sovereign entity, but as a simple joint collaborator, optimism that fades immediately in the second paragraph of the same Art. 13 when it is declared that the state organs and agencies may carry out inspections to the associations with which they maintain relations, to verify compliance with the norms referred to in the previous paragraph. So the political state reappears, not neutral at all, but controlling and determining.

In my opinion, the current Law 54—because it is in force but old because of its effectiveness—, was born in a historical framework of very few conceptual demands and different political and economic demands, which would still have to go through the great crisis and change of the 1990s and the political and economic restructuring of the 2000s, to reach a year 2021, which shows that some things have not changed so much, because a new Policy has been adopted at the level of the Ministry of Justice to modify or recreate Cuban legislation on associativity, without having gone through a public debate on this policy.

Conclusions on the Law of Associations

The Ministry of Justice must ensure that associations are established in accordance with the constitutional, political, economic principles, and international relations, which are endorsed in the Constitution and in the programmatic documents of Cuban society, but these principles must start from the supreme principle of defense of human rights, among which is the right of association, which is not unlimited but against which a crime is committed when it is restricted or discriminated against, according to the Cuban Penal Code.

Therefore, it would be enough for the Ministry of Justice (MINJUS) to take these public regulations into account without also needing validation mechanisms of a state structure related to the activity that the association would carry out.

The relationship bodies could exist and their possible powers could be regulated, but these would only be collaborative and never the associations’ dependency on them.

For those who think that it is the same dog with a different collar, it would be worth saying that it is not the same to order the father to take care of and protect his son, than to order the son to allow himself to be cared for and loved by his father, as Professor Bulté plastically repeated when referring to this contradiction.

This is why we propose in Chapter III, Art. 11, that the wording be as follows:

The state bodies and agencies that are related to the objectives and activities of the constituted associations, will maintain coordination and collaboration relationships with them, in order to promote their success.

Art. 12 could be worded as follows:

The MINJUS will guide, in each case, the bodies and agencies that have a relationship with authorized associations, on their constitution, so that the coordination and collaboration referred to in the previous Art. can be established.

Regarding the right of supervision and control, we believe that it should be only in the hands of the MINJUS and not in more state agencies or organs, each with its own network of bureaucracy and problems to be solved.

We propose the suppression of the current Article 10 of Law 54. We don’t understand the establishment of the impossibility of registration of an association because a previous one with identical objectives and activities, and even with the same name, has expired.

Lastly, it would be very productive to clarify the political and ethical reasons why registering a new association is not allowed for this refusal, converted into the practice of many years in simple silence, to not become evidence of the lack of criteria of the Cuban State on the reasons that assist it to deny the constitution of an association.

3 Constitution of the Republic of Cuba, Editora Política, Havana, 2019, Page 15.