Race as a social, fantasizing construction, with a clear ideological definition of postponing and inferiorizing, in the Cuban case is subsumed, cornered, and internalized in private, family spaces, in the daily “jokes.” 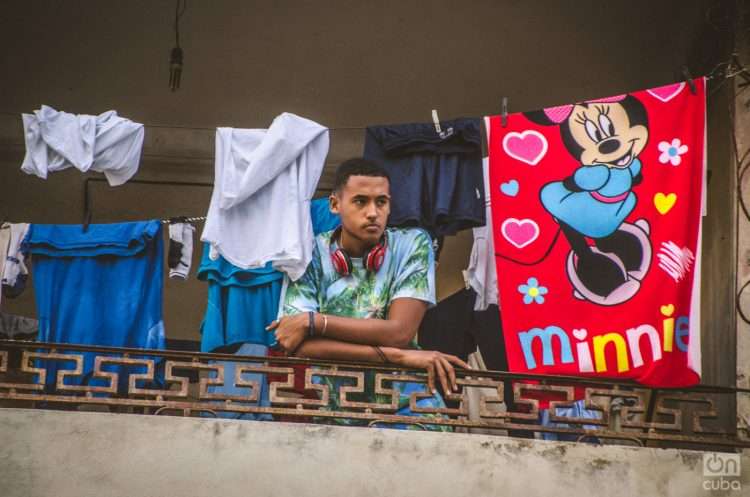 During the 6th Congress of the Union of Writers and  Artists of Cuba (UNEAC) in 1998, favored by discussions, research and social movements that had been happening, an acute exchange of Cuban artists and writers with Fidel Castro was promoted, whose theme of racism was central. The definitive relocation in the official discourse of this problem in Cuba took place in 2000 in the Church of Riverside, Harlem, New York, in front of a predominantly African-American attendance.

In what was a friendly meeting 40 years after his visit to that community, Fidel Castro assumed a decolonizing and anti-racist inflection by admitting the existence of racism, racial prejudices and inequalities in Cuba:

“It took time for us to discover, I tell you like this, that marginality, and with it racial discrimination, is in fact something that is not abolished with one law or with ten laws, and even in 40 years we have not been able to completely abolish it.”

Once again, in the closing session of the Pedagogy Congress of Havana in 2003, the then Cuban president addressed the racial issue and stated that: “the Revolution, beyond the rights and guarantees achieved for all citizens…, has not achieved the same success in the fight to eradicate the differences in the social and economic status of the country’s black population.”

Similarly, Fidel recognized during the congress that, in the educational field, certain sectors occupy the most demanded places in the best institutions, while other sectors constitute the largest number of those who drop out at the upper secondary level. This educational logic determines — according to Fidel — that in the popular sectors (with a greater black and mestizo presence) fewer university places are reached, and in a greater proportion young people are in prison for common crimes.

At the beginning of the 2000s, the Cuban hip hop theme ¿Quién tiró la tiza? (Who threw the chalk?) was consistent with the political discourse of the moment. The musical single was a success among the young people of the time, among them the author of this text, and it animated many parties where we repeated the catchy chorus until we were exhausted. The subject related the story of the singer when he was in the National School of Art (ENA), where not a few educational barriers were placed for him. The lyrics, without a doubt, exposed a palpable reality — although submerged in public debate — about racism on the island and the inequities derived from it in the social and educational sphere for black people.

Those stanzas drew my attention several times, but I perceive that in everyday life, ¿Quién tiró la tiza? served more for “jokes” and youthful fun than for listening and reflecting. Nor do I remember, at least in my context, an educational and social awareness that led us to discuss the obvious signs of racism that the musical theme denounced. However, it is possible to recognize this musical hit as an important part of Cuban rap and hip hop of those times, and in addition to a broad Afro-Cuban movement that, since the early 1990s emerged with power in the national context of the island.

Already in the field of research, the complex and multidimensional intersection between race, inequality and social representation in the Cuban context of the late 20th century and the first decade of the 21st is evident in studies such as those of Sandra Morales1 and that of Rodrigo Espina and Pablo Rodríguez.2 As part of this last research, it was evidenced that in a Havana community “more than 50% of the residents in citadels were black and mestizo, and that their proportion decreased in homes with average and better conditions.” In this way, “there was a glimpse of the persistence of a type of inequality strongly marked by an unsurpassed structural inheritance.”

In this research, also extended to provinces such as Villa Clara and Santiago de Cuba, barriers were identified for blacks and mestizos to access the sector of the emerging economy. Similarly, it was found that by this time “remittances reach whites 2.5 times more than blacks, and 2.2 more than mestizos.”

In addition, in the educational field it could be evidenced that Cuban schools facilitate an intergroup dynamics of multiracial friendships, however: “outside the limits of the school center, at the time of exit, these mixed groups tend to racially polarize to the extent that they move away from the institution.” Subsequent field research will verify the persistence and reproduction of inequalities in different Cuban territories where the majority are black and mestizo Cubans.3

A multidisciplinary team belonging to the Cuban Institute of Anthropology subsequently confirmed the existence of a trend where the black and mestizo population, on average, is concentrated in the worst housing conditions, remittances from abroad mainly reach the white population, and there is a predominance of blacks and mestizos in tourism in jobs not directly linked to tourists.4

In the case of Cuba — coinciding in various aspects with other Latin American and Caribbean areas — racial identity continues to be impacted by specific dynamics in the economic structure and social mobility, as seen in the report on migration published by the ONEI (2018). Based on this research, the trend in the predominance of the white population among members of mobility abroad and also a slight prevalence within internal migrants becomes evident. The report provides figures that show how white Cuban residents abroad are 14% overrepresented, with respect to their percentage of representation within Cuba. On the other hand, black Cubans abroad decrease almost by half their representation on the island. While mestizo emigrants do not reach 70% of the percentage of residents in Cuba.

These are not just any figures: emigration also structures and reproduces through remittances an economic and educational, family and social well-being, cultural and intellectual capital differential, and positive social perception. Perhaps this gives meaning to the moving scene of the movie Yuli, in which a contract is offered in London to black Cuban dancer Carlos Acosta and in the face of his idea of ​​wanting to return, his father, bluntly, tells him: Look at yourself in a mirror, you are black and when a black man is given an opportunity like that he grabs it with both hands!

In this line of thought, researcher Maricelys Manzano analyses that at present the racial identity of Cubans is constructed crossed by two phenomena of significance. As the first element we find social inequality, a dimension in which blacks and mestizos predominate as the most disadvantaged, and secondly, cultural practices that reproduce stereotypes and prejudices that reinforce these inequalities. Therefore, the “action of this contradiction will be stimulated by the interaction of both processes, responsible for the limitations that the Cuban Revolution has had to solve the ideological precepts inherited in raciality.”

There is no way to make an analysis on ethnic-racial relations in the revolutionary stage that does not contain just nuances. But, certainly, race as a social, fantasizing construction, with a clear ideological definition of postponing and inferiorizing, in the Cuban case is subsumed, cornered, and internalized in private, family spaces, in the daily “jokes.” According to Cuban essayist Roberto Zurbano,5 there is a certain form of (neo) racism that is characterized by being a “phenomenon that integrates gestures, phrases, jokes, criticisms and comments that devalue the (black) racial condition of people, groups, projects, works or institutions.”

Although apparently innocent and not offensive, social practices and mechanisms are articulated where the prejudices and discursive manifestations that feed anti-black racism persist and become naturalized. This has, of course, evident consequences in the daily imagination, in social and institutional structures, limiting the lives of Cubans of any pigmentation who aspire to achieve a society of social equity.