This was confirmed on the Twitter account of the Center for Genetic Engineering and Biotechnology (CIGB), the entity that developed the drug, which specified that the study “will evaluate the effect and safety” of the immunogen. 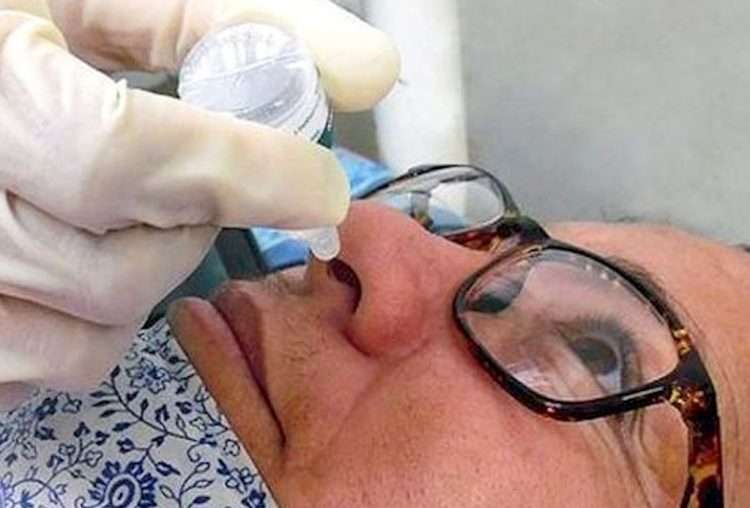 Cuba’s Center for State Control of Medicines, Equipment and Medical Devices (CECMED) approved the start of a clinical trial of a COVID-19 booster shot with the Mambisa vaccine candidate.

This was confirmed on the Twitter account of the Center for Genetic Engineering and Biotechnology (CIGB), the entity that developed the drug, which specified that “subjects previously vaccinated” against the infectious disease will participate in the study where the immunogen’s “effect and safety will be evaluated.”

The Mambisa vaccine candidate, one of the five created on the island against COVID-19, has as a novelty that it can be applied “by means of a nasal spray, a drop dispenser or by means of a Cuban device with a syringe.” It is “a unique formulation of this type based on the platform of recombinant-produced antigens, a technology with high security,” according to official information cited by Prensa Latina (PL).

The press agency also reported that this drug “is being evaluated together with the Abdala vaccine, also from the CIGB, in a phase II clinical trial since November 3 for patients convalescing from COVID-19 that is being carried out at the Hermanos Ameijeiras Clinical Surgical Hospital” in Havana, which included people allergic to thimerosal.

“A total of 120 volunteers from the same group were summoned last July in phase I of the clinical trial for convalescents with the same drugs,” said PL.

For its part, the Agencia Cubana de Noticias (ACN) news agency recalled that “recently the CECMED issued a positive opinion in favor of the booster dose with the Cuban Soberana 02 and Abdala COVID-19 vaccines.”

“At that time, the Regulatory Agency evaluated the reports presented by the Finlay Vaccine Institute (IFV) and the CIGB, which showed the need for the administration of a booster dose six months after completing the approved immunization scheme against COVID-19 in the country,” the ACN added in its report.

Cuba, which currently has more than 80% of its inhabitants fully vaccinated against the disease, has already begun to apply booster doses to health workers and other risk groups, as part of a strategy that will later be extended to the rest of the population.