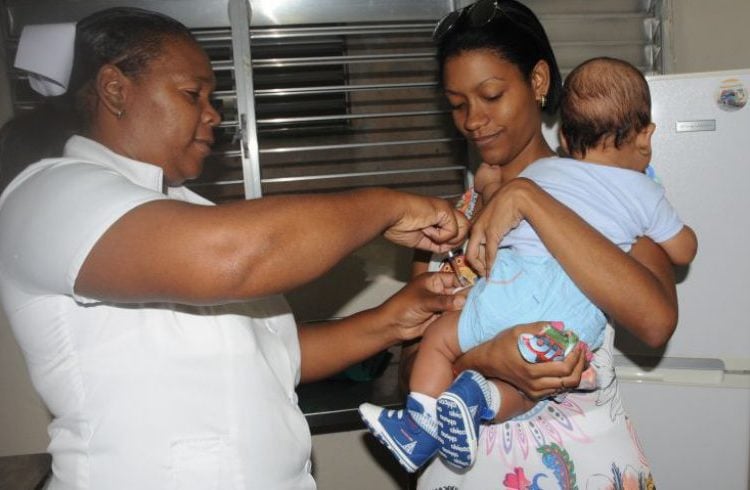 More than a million persons will be immunized in Cuba as part of the Vaccination Campaign against Seasonal Flu. Photo: Vicente Brito / Escambray.

Cuba will start a Vaccination Campaign against Seasonal Flu from July 28 to next September 30.

During that period 1.04 million doses will be applied to children from six months to two years old, to all the pregnant women and the population older than 75 years, said Lena López, responsible for the Immunization Program of the Ministry of Public Health.

According to López, the aim is to “decrease serious morbidity due to flu and the mortality for pneumonia in chosen groups.”

The benefits will also reach the patients with chronic kidney failure, asthmatics and diabetics type I from 18 to 24 years; to persons older than 18 with cerebral paralysis and cystic fibrosis, chronic psychiatric patients, hospitalized persons and workers in the poultry and livestock sectors, EFE specified.

An average of 4.8 million doses of 12 different types of simple or combined vaccines are administered every year on the island for the prevention of 13 diseases, López Ambrón added.

Cuba has gone down in history as one of the first countries in the world to create a National Immunization Program in 1962.

Other figures that were highlighted point out that thanks to the island’s immunization system six diseases have been eliminated, two severe clinical forms in children less than a year old, two serious complications and another six diseases have stopped being a health problem, with rates of less than 0.1 per 100,000 inhabitants.

In the Cuban case, all the vaccines are applied in the territory’s 451 vaccination centers and in 237 points of difficult access. The oral polio vaccine and against seasonal flu are the only ones applied through campaigns.

Before the triumph of the Revolution in 1959, there was an annual average of some 500 diseased persons because of measles, diphtheria, tetanus and whooping cough and 300 cases of paralysis due to polio and other diseases preventable through vaccines.