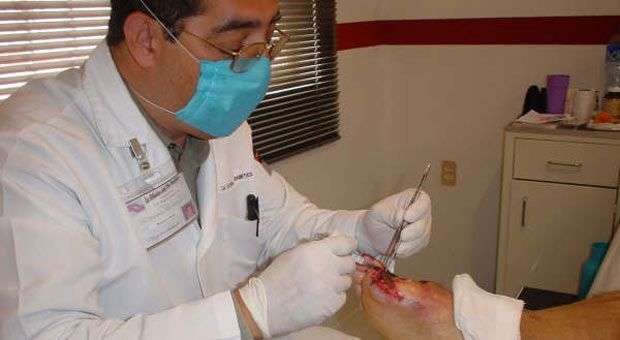 New pharmaceutical markets in America and Europe are open to the drug Heberprot-P, Cuban patent used in the treatment of diabetic foot ulcers, as announced during the XXIV International Congress of Orthopedics and Traumatology trade fair, held at the Frank País International Orthopedic Science Complex in Havana

Maylyn Palmero, product developer, said that in countries such as Brazil and Peru they are negotiating the terms of their marketing, supported by the international experience of the drug, as this has already been used in 125,000patients outside Cuba, out of which 100,000 are Venezuelans.

Meanwhile, the specialist said that in Europe is performing clinical trials in order to enroll in the health record. In this respect Spain has already reached stage two of the trials with very favorable results, which mean a major endorsement and the gateway to the European Union.

Palmero told Cuban News Agency that Russia is very interested in this drug, which has no competition in the market because it is the only thing keeping the partial or total amputation of the affected area, since ulcer penetrates and gets the reconstitution of tissues from the inside out.

Currently in the world all treatments for this condition are topical in nature and are not enough to reverse the damage in the body, making Heberprot-P an extremely advantageous product for marketing.

As Palemero explained so far the drug application shows 78% effectiveness, levels that could improve if treatment begins in time, as many of their cure patients started with ulcerative lesions of grade three or four.

The Center for Genetic Engineering and Biotechnology (IGBC), located in the Scientific Pole of the Cuban capital, has produced this medicine for more than five years, on the experience of over a decade of studies based on recombining human growth factor.

From its production and approval Heberprot-P has been marketed in 18 countries, among them Venezuela, Ecuador and Bolivia stand out.