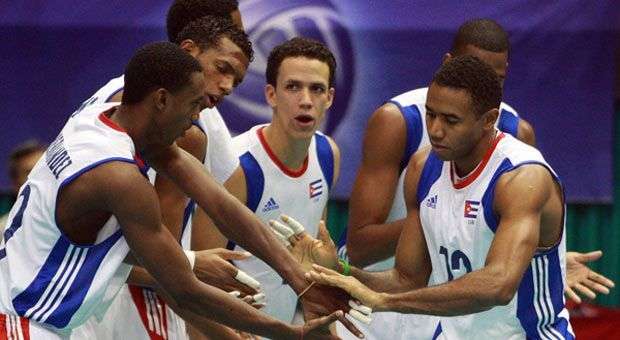 Who doubts it? It is the story of the day in sports. Today’s edition of Granma newspaper gives us fairly detailed summary of how the new remuneration policy for athletes and sports specialists has been implemented in practice.

Approved on Saturday during a meeting of the Council of Ministers, the design of this policy focuses on “… realize the agreements of the Sixth Congress of the Communist Party of Cuba, specifically aimed at improving the sport, generate revenue, search quality rigor in competition, raise wages gradually and ensure that each one may receive what it deserves according to his work (Guidelines 143, 162, 170 and 171). “. This is highlighted in the beginning of the work of the journalist Leticia Martinez for the national newspaper.

A previous diagnosis, which highlighted the chaos that reigned for quite a long time on this subject, was the preliminary to the design of the new guidelines. The words of Vice Ministers Council Marino Murillo Jorge, reviewed by Granma, highlights “… the wide variety of legal rules governing the matter in the country, the absence of a unique system of basic income in Cuban pesos (CUP) covering all athletes, the uniformity in the salary of coaches and specialists from the grassroots to the national teams, and the low pay to the arbitrators.” At the same time, reference was made to the uneven and unjust distribution (qualifiers are mine) that was done with the obtained cash prizes at international events for our athletes.

We could not leave out of this study the “strange” formula by which players and athletes of national teams occupied most diverse places in workplaces, received the salary for that position, and through sports licenses, one after another, justified logical daily absences.

I think what is needed now is to make available to OnCuba readers the most relevant text published in Granma. The opinions and personal comments about how we receive these changes will have its space. At least I consider an initial reading leaves a pleasant taste.

WHAT DID THE COUNCIL OF MINISTERS APPROVE?

The policy endorsed by the Council of Ministers, for which they studied international experience, including ten sport laws from several Latin American countries, has as the fundamental principle the perfecting payment currently made to athletes, coaches and specialists. In its first postulate it defines top athlete:

“A top athlete is one who is subject to a high standard of discipline, stress, physical and psychological burdens to impact on your life, to meet the technical and scientific preparation in order to achieve the highest sports results. He is dedicated full time to the practice of a sport in a spirit of dedication, commitment and sense of belonging. His earnings depend on the results achieved in his sport.

“He honors his commitments with national teams and has the possibility of other teams from abroad to contract them, protected by the National Institute of Sports, Physical Education and Recreation (INDER) and Sports Federations, without being treated as a commodity.”

In the case of contracting out, they will have to be present in Cuba for the main events throughout the year.

Then the policy states that the monthly payments in hard currency (CUC or Cuban convertible pesos, freely exchangeable with dollars, euros and so on) that athletes and coaches, current and former, receive for the medals won will be kept, and they will receive also other remuneration in CUP.

This will establish the compensation on the basis of the socialist principle of “from each according to his ability to each according to his work” to be the highest expression at the time of obtaining competitive results. Later in his working life, when the athlete is no longer active, he will receive an additional payment in recognition, to be considered for the calculation of Social Security.

They also will establish a system of annual contracts in the country, accredited by the National Federation of the sport, replacing the sports license.

At the same time, they added CUP monthly stimulation for athletes and coaches, current and former, for the senior medal (Gold, Silver or Bronze) obtained in multidisciplinary Pan American Games and the Gold in the Central American and Caribbean. In such a way: Pan American medalists receive 1250 pesos for the Gold, 850 Silver and 550 Bronze. Meanwhile, Central champions receive the 800

In the case of the National Baseball CUP awards were instituted by individual and collective results for athletes and body direction. This system will be extended progressively to other sports.

In the case of the National Baseball Series cash awards were instituted by individual and collective results for athletes and management. This system will be extended progressively to other sports.

Thus, the player who participates regularly in over 70% of the games scheduled, will be awarded with 5000 pesos; same amount for starting pitchers that throw at least 120 innings and win at least 10 games, relievers involved in at least 32 games and, of them, closers that save at least ten games, and individual leaders will pocket 1000 each Series. Meanwhile, the winning team will be rewarded with 65,000 pesos, second with 45 000 and the third with 30,000.

On the other hand, individual and collective awards received by winning international competitions will be delivered completely to the protagonists of the feat, with the following distribution: 80% for athletes, coaches 15% and 5% to the specialists.

The coaches and experts to prepare high performance athletes receive a monthly additional income not exceeding half their salary, in line with the level of categorization of the athlete.

All these personal income will be subject to the tax law. INDER be responsible for withholding taxes, except in cases of personal contracts athletes, coaches and specialists abroad.

They continue to study other material and financial benefits for athletes, officials and support staff of the National Baseball Series, and judges from other sports.

It also evaluates the special treatment Social Security for active athletes and the Glories of Sport, considering the negative biological impacts sports made in their lives, and implementation of contracting out, which takes into account the payment of Social Security and taxes.

This policy will come into force in January. In the case of baseball it will be in November this year

The size of his hope