In Cuba there has been silence about the implementation and the future of the agreement with the Little League, but it is still alive and soon a team from the island will participate in the Caribbean regional tournament. 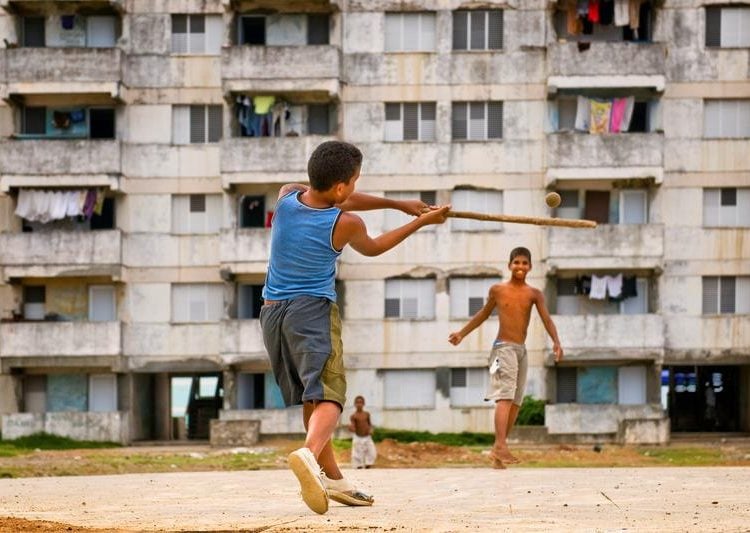 Although the Agreement between Cuba and the Little League still stands, the island’s authorities have not given any clues about the creation of the Little Cuban League, which would allow the expansion of the practice of baseball. Photo: Taken from WNYC.

The cancellation of the Agreement between Cuba and MLB captured media attention and for many it meant the return to a gloomy period for Cuban baseball. But after that blow, contrary to what one might think, there is still a light at the end of the tunnel in terms of balls and strikes on the island….

We’re talking about the Memorandum of Understanding between the Cuban Baseball Federation and Little League Baseball, a pact focused on the growth of the children’s movement (children between four and 12 years old) through more than 150 local development programs, including the renovation of playing fields, delivery of equipment and support for tournament-related trips.

Signed in Havana last March with the presence of Stephen D. Keener, president of the Little League, the agreement placed Cuba in an ideal situation to rescue the precarious base of the national sport, in the shadows for years due to the almost total absence of resources and the marked neglect of local areas.

“I’ve been able to see first-hand the passion for baseball in Cuba, where many children love and play the game. I’ve also seen the opportunity to help them with equipment and resources that would help bring the countless benefits of the Little League to more children,” said Keener during his visit to Havana, after which hopes were genuinely renewed to rescue the sport of balls and strikes on the island, at a time when the agreement with MLB was also in force.

Two months after that event, the agreement for the organized flow of Cuban players to MLB was canceled and little is known about the implementation of the Memorandum. However, the agreement between the Cuban Federation and the Little League remains in force, it has not died. This was assured to OnCuba by sources from the summit of baseball on the island, who preferred not to address in depth the most sensitive topic of this agreement: the creation of the Little Cuban League.

A priori, the emergence of this link is one of the transcendental points of the pact, precisely because it would allow the injection of resources and implements directly to the base, where today there are the greatest needs and where more should be explored to discover and develop talents.

The creation of the Little Cuban League would open playing spaces which the island doesn’t have at present, because the School Games and the junior National Championships are far from what baseball needs to get out of the depression in which its entire structure has been submerged.

Apart from this step, the Memorandum also offers Cuba the opportunity to insert its young hopes into the Little League’s competitive system, starting with the regional echelon.

Congratulations to the Havana kids and coaches…history made today..first Cuban champions earn a mid July trip to Curaçao for the Caribbean Regional Tournament with dreams of Williamsport and the @LittleLeague World Series…thanks @CubanaBeisbol for hosting national tournament. https://t.co/icxs7CGHy8

On July 12th, the Havana team, the new national monarch in the 11-12-year-olds’ category, will begin its journey as the island’s representative in the Caribbean tournament, which will take place in Willemstad, Curaçao, with the participation of Aruba, Bahamas, Dominican Republic, Puerto Rico, U.S. Virgin Islands and the hosts. If they win there, they would directly get the ticket to Williamsport, Pennsylvania, the annual headquarters of the Little World Series.

The participation of the Cuban youths in the Curaçao tournament was confirmed, in the first instance, by Miguel Fraga, secretary of the Cuban embassy in Washington, who was later replied on Twitter by Stephen D. Keener, both euphoric over the future Cuban incursion into the Little League.

In Cuba there are also reasons to celebrate. Although until now there has been too much silence on the subject, the agreement places Cuban baseball at the doors of the necessary development of its base and would facilitate the discovery of many more talents than we are capable of recruiting today. Its implementation would then allow to look at the future with justified optimism.

Viengsay Valdés: "I have the legacy of Alicia Alonso to maintain, but I also have to update the company"