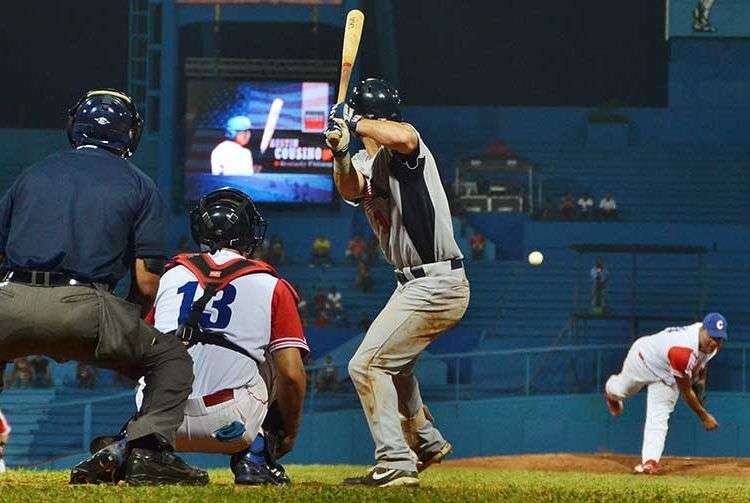 The Cuban Baseball Federation and the USA Baseball disclosed that early next July, in North Carolina, the traditional bilateral friendly match between Cuba and the USA Collegiate National Team.

According to the official website of USA Baseball, as in previous years, the series is agreed to five games and will take place between July the 1st and the 6th in three cities in North Carolina. Again, northerners will be represented by its roster of USA Collegiate National Team (CNT), while Cuba will have its national team.

The first place to host the match will be the National Training Complex, Cary City, meanwhile, games 2 and 3 will be in the Bulls Athletic Park, Durham. Meanwhile, the fourth clash d at Knights Stadium, Charlotte, with the last game on the premises of the National Complex.

After 16 years of absence, the bilateral match between the two nations resurfaced three years ago with a victory for the Cubans after the visit of his counterpart at Estadio Latinoamericano. The following year, the American collegiate team took revenge in Havana and endorsed Cubans a sovereign swept. Identical result had Cuba then last year at the “Capitán San Luis” of Pinar del Río and the “Victoria de Girón” of Matanzas.

Statistically these clashes are archived since 1984 and records state that in 100 games Cuba commands the dual meet with 65 wins against 35 of its contenders. The numbers also warn that in US territory hosts teams play better, accumulating a record of 22 wins and 22 losses.

USA Baseball announced that the manager of the US Team will be Ed Blankmeyer, while Cuba will have Victor Mesa as manager.