Osbel Caballero (57 kg) and Kevin Brown (67 kg) were in charge of the island’s debut in the tournament and achieved their triumphs without complications at the Serbian capital’s Stark Arena. 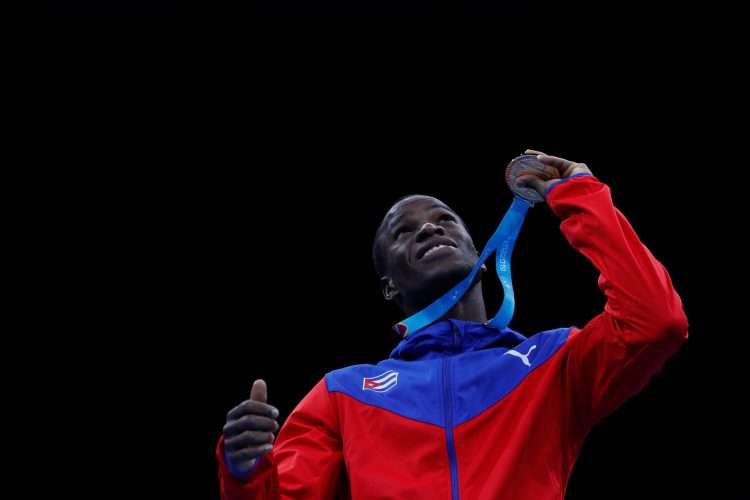 Two victories without defeats was the balance of the Cuban boxing team on its first day at the World Championship, which is taking place in the city of Belgrade until next November 5.

Osbel Caballero (57 kg) and Kevin Brown (67 kg) were in charge of the island’s debut in the tournament and achieved their triumphs without complications at the Serbian capital’s Stark Arena.

Caballero defeated Azeri Umid Rustamov by unanimous vote of the judges (5-0). For this, “he relied on his quick entrances and exits to the hitting area, in addition to effectively hitting his repeated straight blows,” according to a report by the Agencia Cubana de Noticias (ACN) news agency, according to which his opponent “could do very little because of the scarce boxing ABCs shown.”

In his next fight, Caballero will face Iranian Sajad Mohammed on October 28, who was bye in the first round during the competition draw.

For his part, Brown did not even have to fight to achieve victory, since his rival on Monday, the Jamaican Joshua Frazer, did not appear on the tarp. Thanks to this, he will arrive rested for his next fight, on the 28th, against Shain Boniface, from the Seychelles Islands, “whom he should beat without major setbacks,” according to the ACN.

Two other Cuban boxers are scheduled to fight this Tuesday. In the 63.5 kg the Olympic and world champion Andy Cruz will cross gloves with the Panamanian Jonathan Miniel, while in the 75 kg Yoenlis Feliciano Hernández will face the Brazilian Wanderlei Pereira.

Cuba is participating in the Belgrade World Boxing Cup with eight boxers, after four of those selected —Yosbany Veitía, Dainier Peró, Damián Arce and Billy Rodríguez — tested positive for COVID-19. In addition, it will also suffer the absence of the stellar Arlen López, who was dismissed from the team due to a “decline in his sporting form.”

This world tournament presents a new format of 13 divisions, instead of the nine present in the Olympic Games, so these absences weigh down the aspiration to recover the scepter by countries in this event. In the previous edition, held in Yekaterinburg, Russia, in 2019, Cuba barely achieved one medal of each color and finished in fourth place by nations.