The Declaration comes a few hours after Department of State spokesman Ned Price rejected the accusations made by the Cuban president, who assured from Twitter that Washington has an active role in organizing the “destabilizing scheme” against the island. 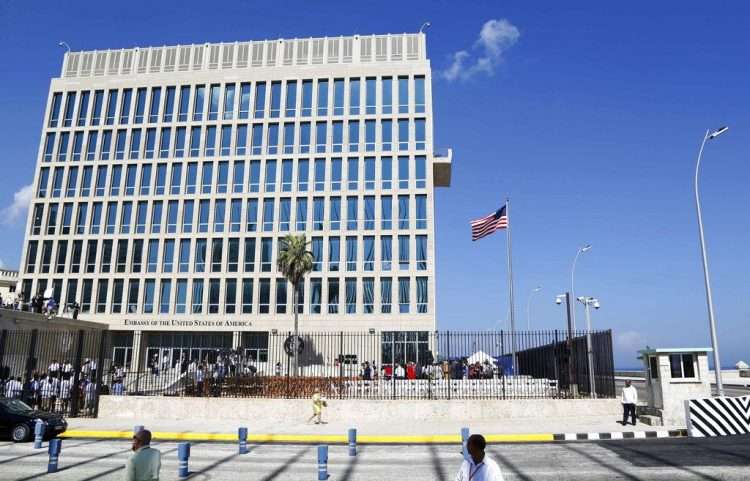 At the beginning of the ordinary session of its ninth legislature, the National Assembly of People’s Power (ANPP) released a Declaration in which “it denounces that the U.S. government continues developing its unconventional war strategy” against Cuba.

According to the statement, this strategy includes “the imposition of a hostile policy aimed at strangling the national economy; redoubled and permanent subversion; the creation and promotion of political communication campaigns with the use of social networks to try to provoke destabilization, appear ungovernable, promote chaos and impose a change of system.”

The Declaration comes a few hours after Department of State spokesman Ned Price rejected the accusations made by Cuban President Miguel Díaz-Canel, who assured from Twitter that Washington has an active role in organizing the “destabilizing scheme” against Cuba, within which he mentioned the civic march scheduled for November 15.

At a press conference, Price assured that next month’s demonstration will be a sample, not of the wishes of the U.S. Government, but of the unmet needs of the Cuban people. Furthermore, he added that Havana should see these demonstrations as an opportunity to listen and not as an attack.

He also reiterated his rejection of the idea that the United States is behind the march, for which the Cuban authorities have denied permission for considering it “illegal.”

The main adviser for Latin America to U.S. President Joe Biden, Juan González, also indicated in an interview with EFE last week that Cuban leaders are “afraid” of engaging in “a national conversation with the Cuban people.”

From his official Twitter account, Díaz-Canel described last Saturday the attitude of the U.S. administration as “arrogant” when it warned that it would apply sanctions if his government prosecutes the organizers of the peaceful march of November 15, which he already described as “illegal.”

Biden has taken the road of a harder line towards Cuba, with the sanction of senior military officials on the island for their alleged role in the repression of the protests of July 11, and has avoided following the path of the thaw that marked by former President Barack Obama (2009-2017).

For this reason, the document presented by the vice president of the ANPP, Ana María Mari Machado, also denounces “the action of the U.S. administration in deliberately and opportunistically intensifying the economic, commercial and financial blockade in the context of the global COVlD-19 pandemic.”