From January to March of this year, the inspection bodies applied 25,221 sanctions for infractions in the management of solid waste — especially in Havana —, the illegal exploitation of wood, water, fauna, and different forms of contamination. 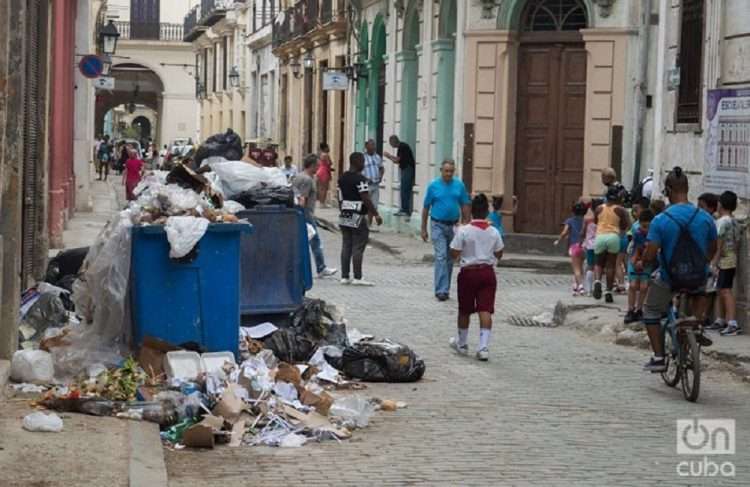 Fines for illegalities related to natural resources in Cuba reached an amount of about 2.7 million pesos in the first quarter of 2021, according to the general director of the Office of Regulation and Environmental Security (ORSA), Jorge Álvarez.

During that period, the inspection bodies of the island applied 25,221 sanctions for infractions in the management of solid waste — especially in Havana —, the illegal exploitation of wood, water, fauna, and different forms of contamination, the Agencia Cubana de Noticias news agency reported.

The official explained that “31.3% of the 7,899 imposed measures are directly related to the government plan and include 6,295 fines, 473 forfeiture actions and 1,131 of other types,” the source indicated.

Álvarez also specified that from January to March of this year, 1,521 specimens were seized, especially those belonging to birds, land mollusks and marine species, in addition to a considerable volume of wood.

He highlighted the work carried out by the Cuban Forest Ranger Corps in confronting these types of illegalities, which have a negative impact on the island’s natural resources, flora and fauna.

The Ministry of Science, Technology and Environment (CITMA) is in charge of the state environmental inspection, although the battle to preserve biodiversity and natural beauty must involve the whole of society, said the director of the ORSA.

Around 50 Cuban marine species with ecological heritage value were confiscated by specialists from the General Customs of the Republic, thus putting a stop to an attempt at illegal trafficking, the island’s official media reported in April.

The specimens (a hippocampus, eleven sea corals and 34 sea shells) are of great importance for the national marine ecosystem because they are in danger of extinction, their endemism and their level of representation of the various coastal habitats of the national archipelago.

“All these specimens are protected by Cuban laws, and their illegal export or trade constitutes a violation included in Resolution 160 of 2011 of CITMA; which proposes the control and protection of varieties with a high significance for the biological diversity in the country,” commented CITMA officials.