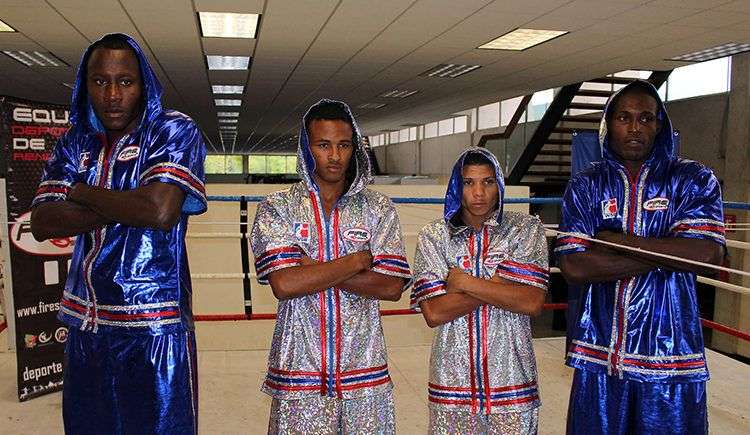 The defeat of novel Joanhys Argilagos and victories by debutant Andy Cruz, Yasnier Toledo, Arlen Lopez and Erislandy Savon tinged the fifth ´match of the Cuba Domadores at the World Series of Boxing. Despite losing easily in the match, the Guerreros de Mexico are news to cut the impressive streak of 20 wins by the Cubans in an evening that had as venue the Olympic gym in Aguascalientes, north of Mexico City.

The first setback of the current monarch franchise has always had reserved forecasts. Joselito “Hurricane” Velázquez (49 kilograms) ran over young Joanhys Argilagos in the initial bout with strong hooks to the stomach of his opponent, on the offensive most of the time, without despair and then with a lead, he moved back. Meanwhile, the visitor received indications not to exchange, in and out, and strike when his opponent was unprotected. The strategy was unsuccessful and the unanimous vote was consistent to that seen in the ring.

However, contrary to what they say, the Mexican is not the great fighter they sometimes wanted to sell. He is average on the way down. Before the Cuban Yosvany Veitía, his balance was a success and three defeats – his victory over the Cuban in the final of the continental tournament in Guadalajara in 2011 endorse most of the adjectives that give away the specialists-. He did not qualify for the Olympic Games in London, was eliminated in his debut in the world of Almaty, Kazakhstan and, moreover, finished third in a little cache tournament for the discipline, as the Central and Caribbean Games in Veracruz were.

His experience was decisive. He won, no doubt. However, talent, without chauvinism, is more on the Cuban side. Time will bear witness and future presentations will prove us right. Of the two, Argilagos, 18, is who will be great.

So, the show was set for the first presentation of Matanzas Andy Cruz in these conflicts and in the official five rounds. He made Olympic champ Robeisy Ramirez sweat hard in the final of the National Championship Playa Girón. Now, against Brian “El Pillín” Gonzalez, fighter by nature and speculator by trade, the Cuban didn’t backed up and was always on the offensive.

Fast, hands and legs, impetuous, never gave anything and the judges had to rule in his favor 3-0. Being in enemy territory did not cause him havoc and incidentally confirmed what many thought: the long skinny 56 kilo Cuban is a fighter in every sense of the word.

The rest were expected to be a mere formality. The entity of current kings was marked and two rematches stood out. Arlen Lopez (74) and Yasnier Toledo (64) had previously beaten Misael “El Chino” Rodriguez and Raul Curiel, respectively, in the 2014 regional meeting.

Lopez was too much again and was far superior from start to finish, meanwhile, Toledo, double runner-up of the world, kept his state of grace. Both add three smiles per capita and advance the ranking of their respective weights towards achieving Olympic tickets to Rio de Janeiro.

The Domadores began their walk in his fifth stage with a hit in the pocket. Daniel Paniagua, apparently looking for information about his opponent, paid attention to videos of Guantanamo Erislandy Savon in the World Series. Two bouts completed before the deadline, with gusts of strong hits and bleeding from rivals. Conclusions: the best amateur boxer last year did not enter the ring, won on the scale, and mind you, people are still looking for Paniagua.

Cubans are back in action this Friday February 20 against British Lion Hearts at home in the format C-2, they hold first seat in Group A thanks to 15 units (balance 24-1), and strengthens, despite only frustration, their hopes of repeating the crown last season.

In other results from the last date, Russia shook the British Lion Hearts (5-0) and Otamans of Ukraine won by the minimum (3-2) to the Algerian Desert Hawks. In the other match of the group, the China Dragons defeated (4-1) the Atlas Lions of Morocco.

The B group also had action and Promises of Astana Kazakhstan, humiliated Puerto Rico Hurricanes (5-0); the Caciques of Venezuela almost emulate them against the Condors of Argentina (4-1); and Italy´s Thunder won in extremis before the Hussars of Poland (3-2).

Domadores of Cuba in fifth match

91kg: Erislandy Savón over Daniel Paniagua by no show

Guantánamo: another contest between Obama and Congress