Cubans in the Japanese radar 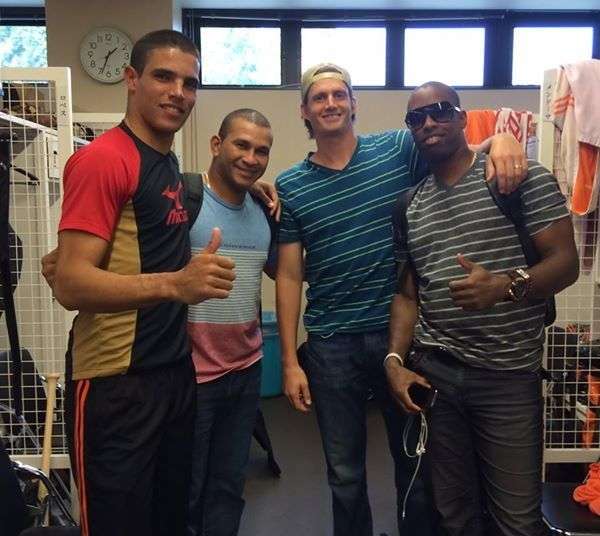 The Japanese professional baseball regular season is coming to an end, and most of the Cubans involved in it will finish their performance there because their teams will not advance to the postseason.

For some of them that will mean returning to Cuba, where they will take a break before playing in the National Series, which begins on  September 21st . Others also come out of the Land of the Rising Sun, but for the United States or other Caribbean nations, to take a short holiday, and then train or play during the offseason.

The ones that will have no respite are the managers of Japanese organizations, whose mission lies in the coming months to assess the current state of their squads and find the best options for strengthening them ahead of a new season.

This search goes beyond Japanese borders, so it is not surprising to see the scouts scattered around the main baseball centers on the planet, hunting foreign talent, both inexperienced prospects and lesser figures as experienced ones who have seen them best days in the American Major Leagues.

In the case of Cuba, scouts from the Yomiuri Giants, the Yokohama Baystars DENA, the Chiba Lotte Marines, the Hokkaido Nippon-Ham Fighters, among others, stroll through different national teams, where they perform extensive monitoring of the players, logical question if we consider the poor international knowledge that exists of many Cuban players, especially those who have never made ​​the national team.

The process is not as simple as it seems, as the results suggested by these multiple tests are consulted with the directives of the team and, according to the needs of each individual, they express formal interest to Cuban authorities, who are then in charge of organizing tryouts.

This was explained to OnCuba by the scout of the Yomiuri Giants, Fernando Seguignol, a Panamanian with vast experience in the world of balls and strikes, who had discrete appearances in Major American leagues in the early nineties and a prolific stage of eight seasons in Japan with the ORIX Buffaloes, the Hokkaido Nippon-Ham Fighters and Tohoku Rakuten Golden Eagles.

“We intend to strengthen relations with Cuba and its Baseball Federation, since they expressed interest in having their players to be hired by professional teams in Japan. This is a very positive detail for us, because we know the potential of the island and now have the opportunity to take talents to our league, “Seguignol said, who also outlined the main demands of the Yomiuri Giants.

“We look for players up to 30 years of age; I think is a very broad spectrum and the most appropriate, as it is not easy to succeed in the Japanese circuit if you are in the final phase of your career. There are isolated, exceptional cases, such as Michel Abreu and Frederich Cepeda, who themselves were hired for their tremendous quality, but there is no doubt that it is riskier to be a veteran, “the scout said.

“In general, we prefer to explore with younger men, who are ready to play at a very high level, but they also have room for improvement. We even have a Little League in which less experienced ones can develop to be ready to compete at the highest level, “he said

In his scouting, Seguignol has watched many of the players who participated in the previous National Series, and was also aware of the various games the national team played, whom he praised for their versatility, power and vitality.

“They leave a good impression in general. I could mention to you Roel Santos, a great leadoff with MLB characteristics, or Yadiel Hernandez´s tremendous swing, very powerful, even, who has a chance to succeed, “said the former player, also impressed with the ways of Santiago third baseman Luis Yander la O.

La O gets a lot of attention for its defense and discipline at home, as well as by his ability to produce behind the runner. He knows how to discriminate pitches, he is very patient at the plate, always waits his ball and that will give him results in a superior baseball, “he told OnCuba.

Regarding Cubans already have contract in the winningest team of the Japanese circuit, Seguignol praised the young reliever Hector Mendoza, boy they liked from the start, a reason for them to decide to go to prove him in the Minor Leagues and then define his role in the decisive part of the season.

About the Cepeda, currently injured, the Panamanian recognized he had little time to adapt to Japanese pace and that impacted on his subsequent performance. “We must recognize that he was not given the right to travel, adapt and begin playing; he almost got off the plane and went to the ground,” he said.

“His most recent stay in the minors helped him, but had the misfortune of elbow injury that took him out of competition. Now the league gets good and we always count on him for this circumstance, for his postseason experience, we are confident in his quality and wish him to take his pace, “said Seguignol.

Meanwhile, Shun Kakazu, director of International Operations of the Baystars Yokohama DeNA also spoke with OnCuba and highlighted the Cuban baseball as one of the best in the world, where you can find rising stars throughout the country.

After an injury that kept him in suspense, Yulieski Gourriel has demonstrated his enormous quality in the demanding professional circuit.

“They have many players who may not be familiar with both because national teams only include a small number of athletes, but we believe that if a scan is done we find men of such quality as those globally known, or others with room for develop their potential, “said Kakazu.

“We looked at all of the forthcoming season, we’re really not focused on any position, later, as needs we have therefore evaluate who the right players are”  the Japanese executive said, who did not hesitate to praise the exceptional performance of Yulieski Gourriel with Yokohama.

“We are very happy to have Yulieski, he has been an absolute phenomenon, not only for his offensive production and his spectacular play, but for his character and relationship with the fans. Right now he is the star of the team and we can only thank him for such a professional behavior “admitted Kakazu.

Yulieski , slugger Alfredo Despaigne and Leslie Anderson maintained a very positive performace in the Japanese professional event, while other Cubans as Juan Miguel Miranda, Barbaro Canizares and Yuniesky Betancourt struggle to maintain a place in the rosters.

Finally, the experienced Michel Abreu, who finished as Pacific League home run leader last year, has returned to action after several months in dry dock for a herniated disc and is expected to be an important element in the struggle for the classification of the Hokkaido Nippon-Ham Fighters.

Israel Rojas: “You grow more in sorrow than in praise”

Israel Rojas: "You grow more in sorrow than in praise"

Adela Legrá: "For me, nothing is impossible"