“I’d rather fight in 69 kilograms” 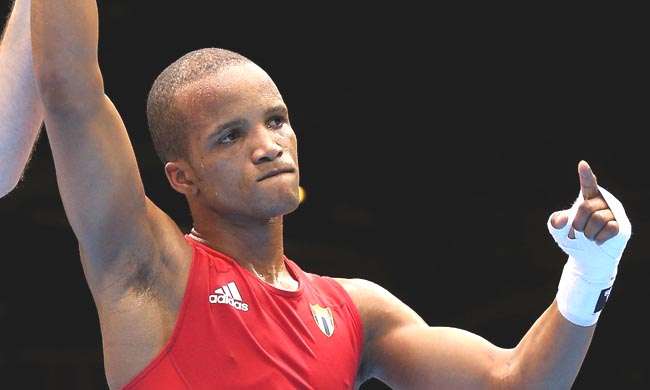 Cuban Olympic champion Roniel Iglesias will try to win the Playa Girón National Boxing Tournament to be held from next December 16th in Sancti Spiritus city.

Many people may think with his record this event is a mere formality, but it represents a new challenge in the life of this boxer because he will compete for the first time in the 69 kg division.

Iglesias, also World and Pan American champion, is one of the fighters of the national pre selection who will step into the ring in the next higher division, a strategy that responds to the time of year and the athletes´ fitness.

The boxer, a Rolando Acebal´s pupil during the last Olympic cycle, told OnCuba to stay in the 64 kg division (the category in which he was crowned in London) he has to do too much effort and technicians do not want to force him.

"This is not an easier division because the characteristics of my opponents are not the ones I´m used to. I will need more muscle mass and the punches are stronger," he said.

But Iglesias has every reason to prefer this new division. He said: "It all depends on how I do in the Playa Girón Tournament, though I wish to stay in the 69 kg, because since I started boxing I had constantly to lose weight, and the body suffers because of that. But it is a collective decision based on the needs of our team. If they ask me, I say I´m better here ".

Iglesias , 24, reached one of the five gold medals of Cuban delegation at the Olympic Games in London, which is undoubtedly the most desired goal for any athletes. However, he keeps focused on how to stay motivated for new endeavors.

“I want to continue reaping victories. In this Olympic cycle I want to win the Central American and Caribbean Games in Veracruz (Mexico 2014), the only title of the International Amateur Boxing Association (AIBA) missing in my cabinets. I also want to repeat the world title in 2013 and the Olympics one in 2016. "

Roniel´s performance during 2012 was astonishing, so this justifies his inclusion among Cuban best athletes of the year. Besides the Olympics, Roniel also won the Olympic qualifying tournament in Rio de Janeiro, the Czech Republic´s Usti Nast Labem, and the Cuba´s International Boxing Tournament Giraldo Cordova Cardin.

According to statistics from the Cuban Institute of Sports, Physical Education and Recreation (INDER), this fighter in 2012 participated in a total of 23 fights, with 22 wins and only one loss.

Finding the way to success in the 69 kilograms is Roniel´s main ambition; he has all the conditions needed to achieve anything he wants in boxing because this fighter became one of those blessed by the gods once he reached Olympus with his fists.

And, what about the regulations?