Born from the dream of young Catalan Jaime Torres, who arrived in Cuba seeking fortune in 1855, Bodegas Torres, which he founded with his brothers in Vila Franca del Penedés, in 1870, has always been linked to the history of this Caribbean nation. 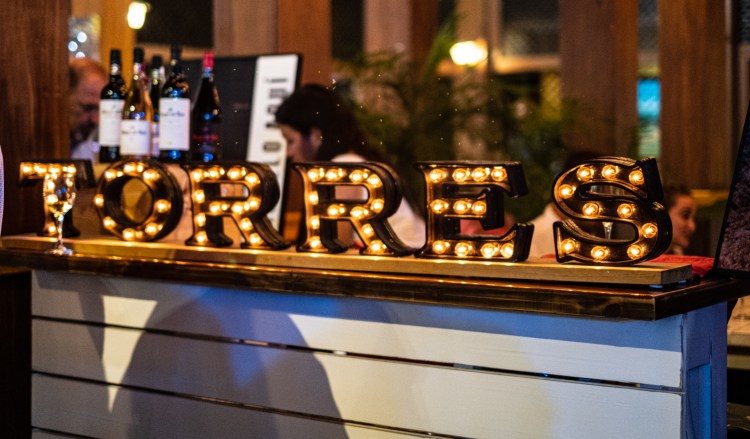 With the participation of 13 companies and 40 wineries, the International Wine Festival celebrated its 20th edition last October 2-4 at the Hotel Nacional de Cuba. The importance of the wine industry in Cuba was confirmed by the Festival’s program of talks, tastings, visits to tourist attractions, among other activities.

We talked with its representative in Cuba, Carlos Acosta Baquero, about the novelty of that commemorative Festival where they presented an extension of the famous Sangre de Toro line in its different ranges.

As part of the strategy aimed at consolidating its presence in Cuba, the renowned Spanish company has expanded the range of this wine’s line that until now has been only red, but this time included the Sangre de Toro Blanco, Tempranillo, Cabernet Sauvignon and Cava Reserva, which were not yet marketed on the island.

“The genesis of Bodegas Torres is in Cuba. Thanks to the money that was made here, Torres could be founded, hence the great commitment of the brand to this country. As for this event, we were its founders and haven’t missed a year, because we bet on quality wine and this is the occasion to present them,” the executive said.

“With the extension of the line we hope to cover all the needs of the market, since we have for all tastes,” he said about the novelty presented in this edition of the Festival.

The design of the labels of the bottles of the new Sangre de Toro feature a tiny bull embossed in various positions and also the absence of the Torres logo, for which the manager explained that “Sangre de Toro is a brand so mature and so strong that it has so much prestige that it shines by itself and its identity speaks well of its quality and identifies it. As a marketing strategy it is ideal.”

After the event’s conclusion, these exclusive products can be purchased at hotels, even those that operate under the all-inclusive mode, in restaurants and in the usual spaces that the demanded bottles are sold, according to Acosta.

Born from the dream of young Catalan Jaime Torres, who arrived in Cuba seeking fortune in 1855, Bodegas Torres, which he founded with his brothers in Vila Franca del Penedés, in 1870, has always been linked to the history of this Caribbean nation.

Present in Cuba for four generations, in a relationship that dates back to 1860, Bodegas Torres S.A., he says, has a commitment to the largest of the Caribbean islands which it will continue to honor with the renewal and quality of its proposals.