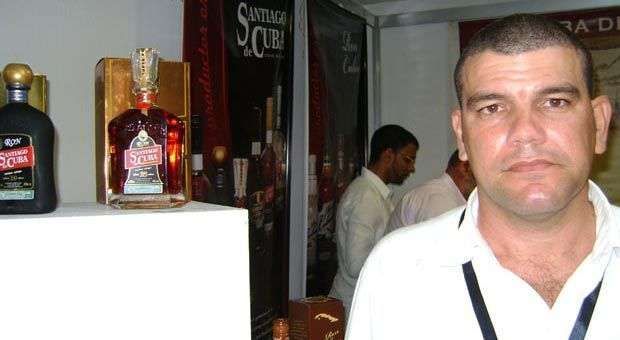 The Cubaron SA Corporation launched four brands of recent addition to its portfolio. The new ultra premium products are designed to meet specific market segments. From low to high level in attributes, coming from Cubay, are the Elixir 33 and Carte Blanche Extra Aged, while from Santiago, it brought to light the Treasure Island rum and Siglo 1/2.

“Elixir 33 is not rum as such, but it is not a liqueur either; it is a sweet drink that has a base of aging and to which other fruit attributes were incorporated, which can be grapes. This drink is designed for industry standard. The brand is designed to reach a commercial level in large volumes and mainly for the European market, “Omar Camero Vargas, director general of the Cubaron distributor said.

According to Vargas, this number was used by its various meanings, primarily because 33 correspond to its content of alcohol, which is difficult to achieve and may be measurable at any certified laboratory as the ones Cubaron has. There is a religious element is that Jesus Christ was 33 when he was crucified and closer to our story when we realize that Commander in Chief Fidel Castro became of that age right after the triumph of the Revolution .

Vargas cataloged the Carte Blanche Extra Aged as unique and distinctive rum in Cuba and the world, since it brings unique qualities due to the manufacturing conditions of aging that precedes this excellent product. “The aging varies between 7 and 15 years and remains white, and that’s not easy to achieve and is due to the safeguarding of our rum masters and mixtures thereof in a barrel and another to achieve that tone.”

He also highlighted the qualities of Santiago de Cuba Rum Extra Aged Treasure Island, which aims to rescue the craft tradition of aging in the country. “Treasure Island is a rum that was born of the premises that we care very jealously in the East of the island, where the light rum was born in Cuba,” he said.

The novelty of this product is that it was decided now to take it to commercial sale, since from 1966 to the mid- 80s it was used for gifts and presidential activities.

Currently there is a strategic partnership with Bodegas Torres, that in Cuba exclusively distributes its products and the firm initially assume the export of Treasure Island in Europe, and foreshadows acceptance because it already was presented at the Food Fair in Barcelona at the beginning of April, with good results.

A special spot for Siglo 1/2, ” a rum that is unique and authentic production. With this drink we recall the history of 150 years of light rum, whose main material is sugarcane and honey as its derivative.”

“This product will be launched with a limited production of only 2500 to 3000 bottles. One part will be devoted to exports and to showcase in the country and will be found only in exclusive locations, “Vargas said.

“The tradition and history of many rum masters, which is the essence of these 4 products. The excellent way to produce Cuban rum in the country is what we have to defend on the basis of culture and history, “he explained.

France and Havana, heart of the International Tourism Fair

Moraleja: to celebrate with Mom