byMaykel González González
in Technologies of Communication and Media
0 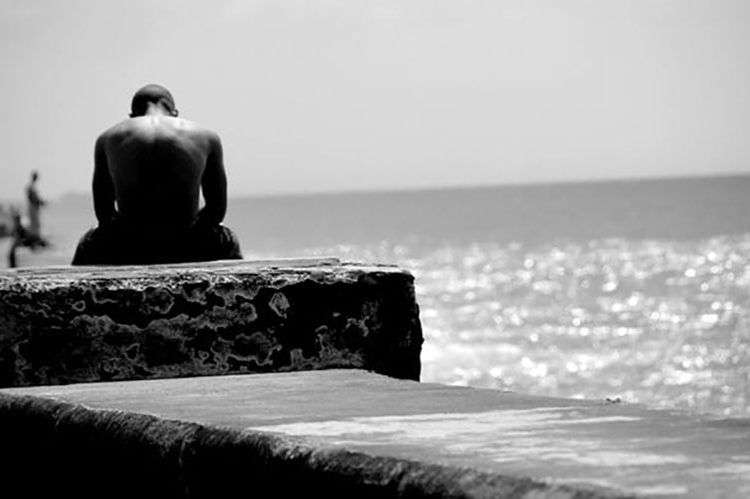 It’s been a while since Ilastheard about Adrian. Eventually I wonder what he is doing. One should get more often in touch with friends and not for a particular reason or because someone would reproach you about it, but just because if we don’t take care of our friends they might drift apart, not geographically speaking. I’m afraid my friendship with Adrian will go that way. Even though I’m aware of that, we are both to be equally criticized. We turned apart from each other. We happen to live in distant places in Havana.

If I’m right, Adrian Ballesteros called me about 9:00 am. We agreed I would stop by his place after lunch and we hung up. It was August. I got there at about 3:00 and the first thing I did was to ask for a glass of water. In fact, I had three. I recalled a street party in the neighborhood. There were Edgar and El Pinto. Edgar looks like Michael Ballack, El Pinto looks like Ron Weasley from the movies. El Pinto left early. Adrian asked me if I remembered Yadira, she used to be in Paumier’s classroom. He had a crush on her since he was little. And I said yes, of course I remember her.

— Well, we are together now.

— And when was that?

— Two weeks ago, I think, but that’s not going to last.

It was obvious. Adrian is as white as chalk, as well as his family, and Yadira is black. Adrian likes black women, he doesn’t deny it, but he had always avoided the rage of his family as much as possible. They allowed him to date a few mulatas, he didn’t dare to say more than that to prevent memorable arguments. One of his aunts got some pictures of one of his girlfriends and emailed them to his mother, who lives in Honduras. The pictures were accompanied by a message: “Look, mum, what’s your boy into”.

He can foresee what would come with Yadira; an earthquake, a stampede. With any luck, nothingwould happen in front of her, his family would only attack him. He asked for my opinion. I sat on a grey metal seat, I glanced through the pages of a Spanish gossip magazine and I told him I was not sure but if he liked her he should keep his stand. He said Edgar and El Pinto had advised him to forget her and he could have better women than that “ape”. That word took me by surprise, like a fright. This is the 21stcentury and people still say similar things. Our media say racism is not an issue in Cuba: What’s the definition of issue? Do not banning black people from entering certain placesor that they enjoy equal rightsmean that racism is not an issue? Adrian pulls his T-shirt, which reads Cuba. Then, he invited me to have a beer. Of course, I agreed. A cold beer in August is like a good fairy cheering up the throat. We went to a stand, made our order and they told us they were out of beer. The cooler was deserted.

A week after that, Adrian called me again early in the morning. I was already awake; I had had an awful evening with a blackout, I mean, with no fan. I must have been half awake or half asleep. A blackout is one of the worst things that can happen during the summer in Cuba. You can always sleep naked; however, it is as hot as if you had one of those thick covers soldiers from the Revolutionary Armed Forces (FAR by its acronym in Spanish) used to have. If you decide to open the windows, mosquitos will eat you alive. I think at some point I got up and walked around my bedroom like a dog looking for the right place to lie down. I think I looked at the moon and it seemed to laugh at me with a sadistic smile in the middle of Havana’s sky, a white smile in the black sky, it looks wonderfully. I also think I made some efforts to read a few pages from Tratado del amor clandestino or something by a Latin American writer. I’m not sure if the heat clouds the mind, but such heat that night could risk anyone’s mental health, I swear.

Once again we agreed to meet after lunch. I also asked for some water at my arrival and I had three glasses and a portion of a fourth glass, almost one liter.

Adrian Ballesteros told me he took the courage and brought Yadira home. It was unbearable. He warned his family to get used to the idea because he liked black women and he would continue to fall for them; he would never get tired of them; he mentioned the process of his grandmother’s sister who married a black man and endured all the obstacles imposed by the family until she drove apart from it. His family listened to his defense from beginning to end and remained silent, they didn’t approve but they actually didn’t say yes or no, they remained silent. A few days passed and they didn’t talk to each other, the house became an iceberg despite the heat, but Yadira had stayed over with Adrian in his bedroom. That could be called progress, at least within those four walls.

In September I ran into Adrian at Obispo Street. That street always gives me the feeling I can run into a friend or someone I haven’t seen in a long time. This street is always swarmed with people. People walk in every direction as in any other street but the difference lies in the large number of people that gather there in such narrow area; it is suffocating. You can barely walk on the sidewalk. Obispo is very frequented by tourists; you can watch them walk carelessly. I don’t know why they look so distracted in Havana; I cannot imagine if they are the same way in their countries of origin. How could they not avoid the nonsense of local characters that go after them speaking Spanish with English, Italian or whatever accent they can think of? How can they not notice they are like rocks attracting twits? Adrian is mistaken for a foreigner sometimes because of his white skin. It’s weird; I would have never mistaken him, perhaps because I know him. He looks like a foreigner but at the same time he doesn’t. His way of walking and speaking, and his gestures make the difference.

We greet each other. I ask him about his story with Yadira. He says he left her; he didn’t make it; he was horrified about the idea of going out and exhibiting with her; he would lose some points in front of other women, she would look prettier if she would have straighten her hair but she likes it natural; he is aware that he can do better than that if he determines to do so, as Edgar and El Pinto had told him, he could date a blonde or a brunette, a mulatto woman at the utmost. I had seen it coming. While I listened to him, he was drawing circles on a wall with a finger, I told myself I had seen it coming. I didn’t say anything about it; I left right away with the pretext I had to be home in time to fill the water tanks when they started the water pump.

One image emerged yesterday in my mind: there was an Eleggua in one of the corners of Adrian Ballesteros’ living room, though the heat was intense and it may have caused me hallucinations. I should probably call him and clear out my doubts.