Amado del Pino
in Technologies of Communication and Media
0 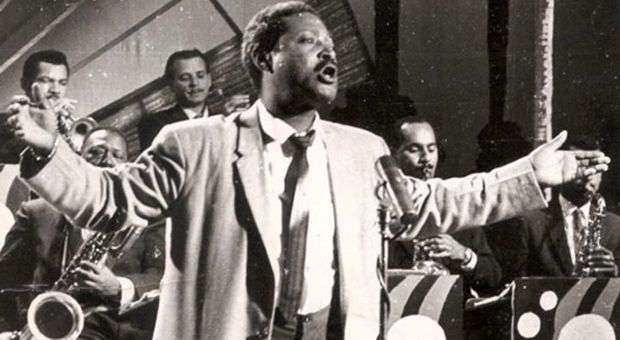 Almost at once I read a story and I get an email about it. This weekend young Cuban singers will honor Benny Moré in the occasion of his 94th birthday. A concert will be held at the Theatre of the  National Museum of Fine Arts and another in a very active space called Utopia, located in the Casa de la Musica in Miramar.

I do not need much encouragement to speak of Benny. More than twenty years ago I walked in his footsteps on the livestock Camaguey region, using as a pretext that unforgettable chorus “Vertientes, Camaguey, Florida and Moron”. Then I called “El conde negro en la llanura” (The black Count on the plain) the outcome of the tour of the provinces of Camaguey and Ciego de Avila.

There is much of Benny in Vertientes. In that forgotten sugar mill town he spent much of his childhood. And, according to those who spoke to me then, back from Mexico and, before joining the orchestra of Mariano Mercerón in Santiago de Cuba, the great singer spent a few days off in Vertientes.

Everyone knows that there were several towns to which the King of Rhythm paid tribute. From Manzanillo, with its beautiful bay, to Cienfuegos, where they recently unveiled a statue of Benny to celebrate his confession: “Cienfuegos is the city I like the most.”

We should also mention Varadero,   his native Santa Isabel de las Lajas, and Palmira, in vogue these days for being the town where Yaser Puig, the Cuban talent dazzles in Major League Baseball, was born. Puig’s parents were just children would when in 1963, a Benny Moré, already very ill, offered there the last of his concerts.

From the stories of my journalistic journey behind the shadow of legendary artist there is one I adore. In a local bar they were waiting for Benny and the first hug was from a candidate to imitate his steps. Moré gives him a drink of his favorite rum and the young do not know what to do; he doesnt like alcohol and does not want to make a slight to their idol. To add insult to embarrassment, the friendly Benny says: “Whoever does not drink rum, is not a good artist.” But a moment later he shows off his mental agility and his human qualities, and clarifies, with an affectionate arm on the shoulders of the unknown admirer: “It’s a joke … The best singer in Cuba is Barbarito Diez and doesn’t ever drink.”

In addition to this rustic research, I learned about Benny talking a lot with Pury Faget, a scholar on the subject. We once dreamt of writing a script together and had a couple of business meetings. Much more I had heard in the informal afternoons in the press bar on 23rd Street. For the journalist and researcher, life and anecdotes of Benny Moré have been a continuous gift, a contagious passion.

It stimulates to know that Havana is still applauding one of the most resounding geniuses of our popular music. I’ve written some other time I was worried and even upset because how little known outside Cuba is Benny Moré. Before that in Havana, he triumphed in Mexico and his first steps had two great “godfathers”: Miguel Matamoros and Damaso Perez Prado. If you opt for emigration or exile that should never be an excuse to wipe out a talent; nor to have died in the home country should become a disadvantage for the international projection of his immense legacy.

Tamara Rojo and the epic multiplication of art

Carnivals in Cuba: economy as a factor