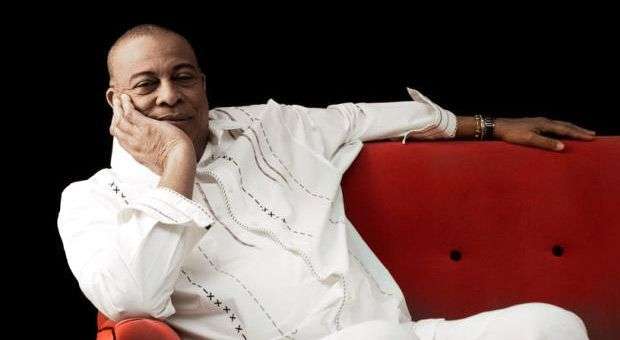 ‘Border-Free, Sin Fronteras’, is the title of the latest album of Chucho Valdes. It contains eight compositions, all but one written by Valdes. The pieces are in line with his latest productions and maintain the same line of work that blurs the boundaries between Cuban and international styles and musical traditions.

The album holds a special place for a story that mixes the United States and Cuba. Afro-Comanche is a composition dedicated to a little-known event in the history of both countries: in the early eighteenth century, after a defeat at the hands of the Spanish army in the territory of present-day Texas, 700 Comanche prisoners were taken to Mexico and then to Spain to be shown to the Queen, before being transferred to Cuba, where most died under the effects of weather and other unfavorable conditions.

While in Cuba, many of them were mixed with Afro-Cuban, as Valdes says. Including them in his disc is a way to draw attention to this historic event that hardly anyone has investigated. Interpretation refers to musical elements of Native Americans and concludes with very African sounds played on the bata drum-shaped hourglass used in the music of Santeria. The final section is a matter of Oggún, one of the deities of the Yoruba pantheon.

Precisely the cover design includes a photo of the musician with a crown of white feathers like those used by Comanche warriors.

The Tour of several Spanish cities

From late October until November 15, Chucho Valdés will travel Spain on a tour that includes major cities like Barcelona, Gerona, Cartagena, Seville, Zaragoza and A Coruña, among others.

The themes in this album show hints of flamenco and the music of the Gnawa of Morocco, but also the ritual music of the Orishas, deities of the African-Cuban religions popularly known as Santeria. There are mentions of hard-bop and Danzon, but also echoes of Bach, Rachmaninoff and Miles Davis. The sum total of all references is a deeply personal sound, the result of years of research and study.

In Border-Free, released by the Jazz Village label on July 9, 2013, Valdes is accompanied once again by his Afro-Cuban Messengers;-the name is a salute to the great Art Blakey and the Jazz Messengers-, and its special guest saxophonist Branford Marsalis, who played in three of the songs.

Like his previous album, Chucho’s Steps, winner of a Grammy in 2010, in Border-Free, Valdes experiences in his music and also performs a deep homage to important people in his life.

The theme Bebo is dedicated to his father, unparalleled pianist, arranger and bandleader Bebo Valdes, who died on March 22, 2013, at 94. Pilar is a tribute to his mother, Pilar Rodriguez, who was a piano teacher and singer, while Caridad Amaro is dedicated to his grandmother.

All Border -Free compositions are personal tributes of the musician both to his ​​family and great composers and pianists in the history of music. Pilar includes a quote from the Prelude in D minor by JS Bach , a favorite of Valdes ‘s mother , as well as allusions to Blue in Green , a song by Miles Davis . Similarly Caridad Amaro ends with a quote from Piano Concerto No 2 in C minor by Rachmaninoff, a favorite of the grandmother of Valdes.

Actually , Santa Cruz, written in 1986 , is a subject with a flamenco flavor dedicated to Santi , a guitarist in the Canary Islands , while Abdel , a composition that takes elements of music from North Africa , was written , entitled , in honor of a deceased Moroccan musician from whom Valdés confesses he learned a lot.

Taboo, receiving treatment here at a Jazz Messengers style, was written by Margarita Lecuona, sister of the great Cuban pianist and composer Ernesto Lecuona, while Conga-Dance, is a tribute to Maria Cervantes, Master Ignacio Cervantes’s daughter, another great composer and Cuban pianist. In this way appear in the directory names of extraordinary musicians Margarita Lecuona and Maria Cervantes, often forgotten in the shadow of the fame of their families.