Julio Batista
in Technologies of Communication and Media
0 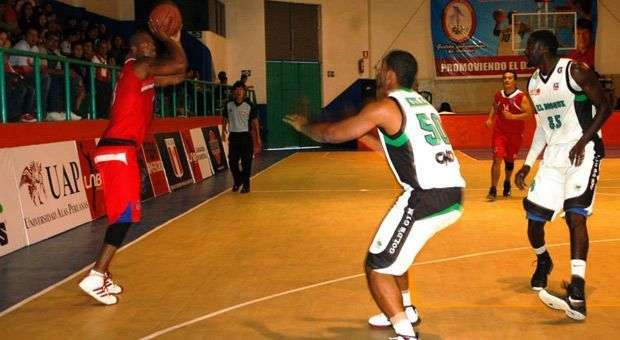 Many complain that basketball in Cuba, specifically men’s, suffers an obvious decline in quality and, for too long now, no longer is the show that moved passions across the island. However, most are unaware that several Cuban players are in involved other leagues, true, in small South American leagues, but there are they are kings.

The first phase of the Peruvian tourney was agreed in three groups, one round, with qualification for the top two positions of each key and a wild card for the best third place. Let’s be frank, the Peruvian LNB is not exactly glamorous prelude to the NBA, but neither is our Superior Basketball League.

Clarified this point, let’s get to what concerns us: the players.

In Group C, which saw action this weekend in Ayacucho, two Cubans took much of the attention of the contest: Juan Luis Álvarez Fumero and Reinier Panfet Menéndez.

Both played in that Capitalinos team that won five Cuban titles and the oldest among those who are now competing in Cuba. The two, excellent basketball player left their mark in the Superior League and then, legally, decided to try their luck abroad.

They arrived in Peru encouraged by another Cuban basketball legend, Sergio ” El Tigre ” Ferrer , mythical player who was the delight of fans for over a decade in Cuba and who now plays for Juventus in the Peruvian tournament.

Fumero and Panfet play for the César Vallejo University (UCV) , in Trujillo. There, as expected, immediately they became idols: quality, strength, vision and talent are a combination that rarely goes unnoticed.

Of the three matches in Ayacucho, the UCV won none. Three losses in line were sufficient to crush the aspirations to continue in the competition, but the Cubans made ​​their own game.

Juan Luis, accurate three-point shooter and terrible from outside the area, skewered 13 triples to rivals to keep the lead in baskets scored from long range, followed by Panfet, who had 11. To get some idea, let’s say the VCU scored 27 three pointers in three games, of which 24 were by the Cubans.

Fumero itself also topped the list of top scorers of the C key, to compute 80 points. In this score he added 29 rebounds to become, no doubt, the team’s most valuable player.

No wonder then that Juan Luis and Reinier opened as starters in the three games; they were the authors of 122 of the 223 points scored by their team. At this rate, it should not take us by surprise that next year both Cubans are back to the LNB, but part of most solid teams that allow them to advance in the tourney.

This is a demonstration of Cuban potential in this sport. They are very distant of the world’s highest quality, but able to command respect and win the admiration of medium caliber leagues.

After removal of the National League, UCV members return to Trujillo to join the regional tournament until December of this 2013.

Another stripe for the Tiger

Ferrer is no longer a child. Perhaps, most likely, he cannot now astonish with the speed of his crossovers and feline movements on the court, but the Tiger, even old, still threatens.

The Juventus team, home of a player that was one of the main stars of the Centrales team in Cuba, just ranked as the third best LNB teams of Peru, to fall behind the selections of Miguel Grau and Racing, in Group A of the event.

Sergio Ferrer just opened as a starter in a game, in the other two saw action coming from the bench. In total he scored 22 points in individual spread over three triples, five free throws and four shots from medium and short distance. He also completed four assists and 13 rebounds, including eight defensive. Poor numbers for a man that made thousands of Cubans dream of hoops.

The years, obviously, have not forgiven the Tiger. But in his time as a player in Peru he has made clear that the ability to hunt is not alone in the spectacle of the event, but also lies in the ability to continue doing so for long.

Cover photo: Juan Luis (left) was the top scorer of Group C with 80 points and 13 triples.

Fumero Alvarez was the MVP of the UCV