byJoel del Río
in Technologies of Communication and Media
0 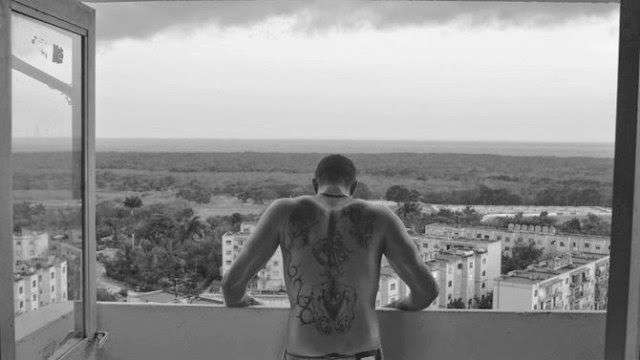 The fascination with the past has never been exclusive to the elderly. It is so inherent in human beings like tendency to draw assumptions about the future. The harmony between the credible testimony and demands of audiovisual language, as well as the combination of intimacy and historic breath is verified at least in the feature film which was the porch to ICAIC Festival of Young Filmmakers and four documentaries included in competition.

La obra del siglo begins with spatial, thematic and temporal locations that allow the viewer to get in tune: “This story takes place in the Electro-Nuclear City (CEN by its Spanish acronym), residence built for future workers of Juraguá Nuclear Plant “. One hour and thirty-five minutes later, the epilogue, which I refuse to tell you here and now, appears but in the end -end we read another text saying “the original plan of the nuclear project was the construction of twelve reactors located along the island “. Rarely, in Cuban cinema, a conclusive catharsis provided such relief. And now, as to subscribe its commitment to history, which is the same as betting on livable a present and future, it appears the dedication of the film to Sara Gomez and Yuri Gagarin.

Between the first and the last sign, not only the paroxysms of thermonuclear utopia are told in a Caribbean version, but the most essential secrets, traumas and loneliness of three men who live together (grandfather, father and son, played respectively by Mario Balmaseda, Mario Guerra and Leonardo Gascon) are discovered in a spooky apartment building of the aforementioned CEN. However, although the narration, and images, alternate especially the intimate proximity with panoramic views of distant bright open spaces, the camera records a long gallery of characters-as anxious, deluded and breathless than the three alpha-male protagonists- because the will of collage by the creators (director, screenwriter, editor, producer) amalgamate abundant documentary fragments in color (from the constructive delirium of the eighties, in Cuba, to certain symptomatic wins at the Olympics in London) that explain, legitimize, comment and re-mean the fictional story, conceived in black and white, from the present, and rather chronologically exposed.

In terms of functionality and expressive potential of a very open dramatic structure that would allow commenting national past and present, in the light of a fiction that de-construct a patriarchy anointed to everlasting cycles of arbitrariness, loss and return, Machado Quintela and his collaborators chose to refer, all the time, to the classical avant-garde period of Cuban cinema in the sixties and seventies. From the commitment with speeches that are understood and take a visceral level, La Obra del Siglo affectionately makes its the aesthetic of the imperfect cinema , the irony that never renounces the objectivity – as it was understood by Nicolasito Guillén Landrián- and of course it makes it’s the experiments by Sara Gómez regarding the link between testimony and staging.

As for the documentaries mentioned at the beginning, La paz del futuro uses a phrase culled from Canción del elegido, one of the most beautiful songs composed by Silvio Rodríguez, and applies it to the story of the experiences of two venerable elders who participated in WWII World recruited by the US Army. Maybe some archival footage, and certain musical moments are chosen from an approach that favored the great prolixity rather than addressing the support and detailed legitimacy of the narrated experiences (some shocking), but the director manages to discover amazing characters, refer to a chapter of our history barely exploited in the documentary, and all that is dealt with remarkable agility and grace.

Despite laudably attempting reflecting the portrait of Humberto Arenal, whose work as a writer, stage director and journalist gravitates towards the center of the most representative Cuban cultural scene in the sixties, El retorno y el fin becomes entangled in the effort to bring the alleged lyricism of waves and winds to intellectual complexity of circumstances, remains hesitant between chronological story and more impressionistic or intimate testimonies and presents a scattered and not always core information, but still valuable. The documentary raises many more questions than unanswerable arguments, and perhaps its greatest virtue lies in that honesty to foster the questioning approach.

Through photographs , short excerpts of interviews, contemporary newspapers and especially footage that records live performances, Nostalgia de trobadores restitutes the role that the Floricelda sisters and Candida Faez occupied, or should occupy in Camagüey music, and Cuban per extension. The documentary, made in a television way (said without pejorative spirit) within a structural canon accumulating legitimizing reviews, relies on a historiographical-musical spirit that will hopefully prosper in all Cuban provinces while safeguarding intangible cultural heritage. By the way, local talent is usually recognized in Camagüey.

But among all the documentaries of historical bias that we will see in this festival, the most extensive, ambitious, detailed and deep is Los amagos de Saturno, which shows an investigation of years, and a laudable audiovisual manipulation making drinkable, through mounting, sound and images overlaps, hundreds of interviews (recent and recorded fifty years ago), newspaper articles, significant documents in a corpus that combines the rigor of the research with the suggestion, suspended answers, and an information rate that could sometimes overwhelm those who do not know the wake of questions about betrayal and crime of Humboldt 7.

Rosario Alfonso Parodi passes through the behest of the highest policy, before and after the triumph of the Revolution, without her hand or voice to shake, with a boldness and responsibility worthy of praise, and rescues the potential of historical documentary which stipulates thesis, antithesis and conclusions. But as for the third segment, the conclusive, Los amagos de Saturno refuses to recognize any truth as final, and so turns away, thankfully, from the traditional “emphasis on content only¨, transmitter of ideology or instrument of indoctrination.

In successive layers of personal opinions of many respondents, through the absence of all those who refused to testify in camera, and through thorough exposition of fait accompli (and registered) in the memory of this country, Los amagos de Saturno is an effective and convincing work, which could become obligatory reference to the time of fruitful exchange between the codes of thesis documentary and the most rigorous rescue of the paths through which our predecessors walked, in a never distant enough to be forgotten past.

If anyone describing youth audiovisual as alienated of history, of fertile traditions and predecessors of Cuban Film Institute, were aware of what happens within these festivals, they would know that some documentaries by young filmmakers are trying to restore the signs and inquiring vocation of paradigms in the style of David (1967, Enrique Pineda Barnet), Muerte y vida en El Morrillo (1969, Oscar Valdés), La primera carga al machete (1969, Manuel Octavio Gómez), Páginas del diario de José Martí (1971, José Massip) and Viva la República (1972, Pastor Vega), just to mention some historical – audiovisual restitutions included in the so-called Golden Age of Cuban cinema.

Of course, it is clear for all that optical change is recorded among young filmmakers regarding most of their predecessors. But such dialectics is the cornerstone of development, and verifies the inalienable search of relative truths. At least that is what almost all learned in Marxism classes, or not?