byAbraham Jiménez Enoa
in Technologies of Communication and Media
0 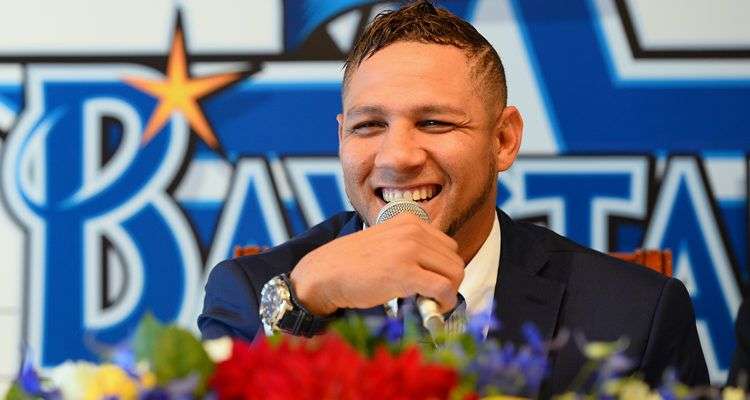 The club Yokahoma DeNA Bay Stars of the Nippon Professional Baseball (NPB) has just broken its contract with the Cuban baseball player Yulieski Gourriel Castillo. The rumor that had been gaining strength for days was made official on Thursday, April 2nd when Shigeru Takada , General Manager of the franchise, released a statement in which he declared the cancellation of the agreement between both parties.

“Gourriel does not fully understand what a contract is. We were not sure when he was going to come. He said he wanted to play for Yokohama , but when he was entirely recovered from injuries . Contact was established and we agreed to terminate the contract. The Cuban government also accepted our decision, “said Takada few hours ago.

The untimely event has its antecedents: Yulieski Gourriel and his brother Lourdes Jr. planned to join the DeNA once completing their foray into the National Series with Industriales. This date was marked on March 26 but the agreement was not met because the Cuban Baseball Federation (FCB by its Spanish acronym) informed the Japanese organization that both players were injured and that they would arrive at Japanese soil until they were recovered from their wounds.

So, the management of the Japanese club sent Cuba a representative who arrived in the island on March 28. However, according to Shigeru Takada “they could not contact Gourriel and decided to dispense with his services.”

Japanese media says that the situation is very tense between Yokahoma DeNA Bay Stars and FCB, because both the player and the entity that represents him in the negotiation are clearly violating the contract in which they affixed their signatures. Sponichi news outlet explains that “they refused to report to the club despite being able to do so without providing details of the situation. A club cannot sit and wait for a reply from the other side. ”

As reported by Takada at the press conference, the contract with Lourdes Jr. for two years was not canceled, but the young Cuban infielder has been added to the list of players reserved by the NPB, which makes impossible him to sign with any other team of the Nippon league.

Yulieski´s sign had been for one season after a long negotiation process. Now, you wonder what’s behind that skirmish, all this institutional disorder. Some ghosts fly again through the halls of the FCB. Some remember again Alfredo Despaigne´s fake passport scandal in the Mexican League.

The truth is that we can draw several conclusions. First, the Gourriel brothers did not definitely travel to Japan, injuries aside, because they did not want to, because the DeNA offered the medical services of the club at their disposal for recovery. Second, Gourriel family might know something we do not know (and why not, in hand with FCB), something like a new destination for the players.

And the third and most risky, no one believes that Yulieski preferred to stay in Cuba to just play the National Series. I wonder if after having being the leading figure of Cuban baseball and succeeding in Japan: will Gourriel be thinking being tested at the highest level of baseball?