“I really think this conference in Miami, without threats or police deployment, is a sign of change”

Sandra Abd'Allah
in Technologies of Communication and Media
0 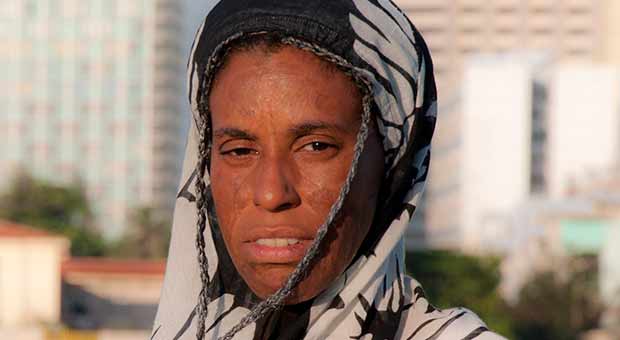 Yasmin Silvia Portales Machado is a 34 year old Cuban – I say that because she does not care, but she has the wisdom that she has been probably growing from other lives. Or maybe it was his mother, also a learned woman, who most influenced her in order to link the impossible.

Thus, this Cuban woman moves between Marxist thought and feminist activism, stopping in her iconoclastic heterosexuality, defined by herself, and her racial identity.

In her blog, one of the most recognized in Cuba , which is the most direct form of her participation in the debates taking place in the country despite lack of connection , she states in the introduction: ” Living in Cuba and being Queer was a choice . My life is a fine balance between the exercise of motherhood, feminism and critical Marxism. ”

And in that same space that doubles as bottle thrown into the sea, she wrote one of the strongest posts that revealed her feelings with regard to the exercise of motherhood.

These and other features of her status as Cuban citizen have placed her as one of the panel members , residents on the island, at the conference ” U.S. / Cuba Relations, the Second Obama Administration : The Cuban – American Community and changes in Cuba – Building bridges for better relations ” held last weekend in the Sofitel hotel in Miami and was organized by CAFE (Cuban Americans for Engagement ) and in collaboration with other organizations : FORNORM ( for Normalization ) , Cuba Educational Travel and Generación Cambio Cubano ( GCC ) . She presented “The country that I want to bequeath to my son,” which is available on her blog.

Just one day after the end of the event, which welcomed the participation of intellectuals and businessmen from both sides, this interview derived from the curiosity that makes me know how a Marxist survived in an environment that was intended to be practical and conclusive, taking into account the conference’s program; as we say in Cuba, how she would manage to ” land “.

What was your involvement in the recent event in Miami organized by CAFE? If you were to represent a segment of the Cuban population, what would it be?

I was invited to the “Changes in the external environment and Cuba: A view from the island ” panel, along with the editors of Espacio Laical magazine. My paper reflected on the relevance and complexity of defending the rights of social groups discriminated against in the current Cuban situation.

I distrust the word “represent”, that’s fine for statistics or those elected to public office. I am a Cuban woman, black, from Havana, Marxist, feminist, queer, under 35 years, with a son. CAFE did not invite me because I represent someone, but because I participate for more than five years in the fight against homophobia in Cuba , and collaterally racism and sexism , because I have written , reported , and with the help of many people good , done some things to change this state of affairs in Cuba .

As a black woman feminist, Marxist, and LGBT activist, what are the thesis you are defending for possible agreement between the governments of Havana and Washington?

We are neighbors, right? Neighbors should get along. Respect the differences and help in public causes.

The Cuba – United States dispute is a relic of the Cold War- I am not the first to say so. From my point of view , its existence have proven three things: that the United States doesn’t take well exercises on sovereignty and self-determination in Latin America, the people of Cuba had a preference for Fidel as to what they had until 1959 – with or without Soviet support , and it is useless as a means of political pressure.

The blockade and measures to implement it and to answer it have only resulted in the violation of the rights of citizens of both countries, prevented from moving or speak freely. The blockade is the cause and excuse for everything in Cuba, from the lack of government transparency to the broken streets. At the same time, America is deprived of an important collaboration in border areas and an important market, which could generate material development in both nations.

It is not about being a feminist, LGBT or black, it is about being a Marxist and desire the material and spiritual progress, of being patriotic and having the desire for the cessation of harassment to my nation. I think people from CAFE, FORNORM and Generación Cambio Cubano are also Cuban patriots, understand that the blockade only limits internal freedoms and economic development of Cuba. I decided to support this endeavor because it seems reasonable to work together with these people, who know the United States because they live here, and believe in national sovereignty as something non negotiable.

How do you defend the main tenets of socialism when they are talking of capitalist strategies in stimulating investment and private capital? Would that mean the establishment of an economic model in Cuba that is closer to capitalism?

That’s easy: the government of Cuba does not advocate the socialism I advocate. The Historical Generation is, from my point of view, caught in the (already known) productive inefficiency of state-centered socialism. They have confused the socialization of the means of production, advocated by Marx and others, with state ownership. Given the impasse involving in material and ideological terms, they listen to advisors who call the old laws of the market. What’s worse is that, as Cuba is a vertical state, other theoretical approach are not guaranteed to reach the highest levels and make proposals for alternative solution.

The government would have us believe that we have and socialism because education and health are free and universal, and the most productive infrastructure will remain in state hands. That’s almost equating socialism with state monopoly capitalism of welfare. Other European nations have achieved full coverage, ensuring control of national wealth with state involvement in business, and continue to exploit Africa – just like that. If socialism was on education and health, Barack Obama would be socialist.

I argue that socialism is not about removing rights from people, but giving them , along with the material and legal guarantees to enable them to exercise their creativity , live with dignity, and be protected in case of physical or mental disability. It is about overcoming the monstrous idea that the only valuable work is for sale on the market, Marx didn’t singled it out because it were good , but because it is inherent to capitalism. It is also about removing hegemony of private property to rescue other types of community – owned, public – or invent them. Socialism is about overcoming capitalism, not of doing without market or business commercial competition, because that’s useless: nobody makes better capitalism than capitalists.
What part of this issue is the benefit of the most popular classes in Cuba, which often is black people, and do not have family abroad to send them the money to build this business? How the above could increase the gap between social classes in Cuba?

That is one of the most visible bumps in the Update. There haven’t planned-or it hasn’t been revealed approaches that address the inequality various social sectors have to enter the new game from the “economic enterprises”.

Marx explains that the Industrial Revolution could not have been without the flow of wealth from the colonies, three continents were looted for Europe afford to invest in the education of their men, some of whom then were devoted to the investigation was given and development of technologies that put their nations to lead the world in the seventeenth and nineteenth centuries. That is called Initial Capital.

Marx explains that the Industrial Revolution could not have been without the flow of wealth from the colonies, three continents were looted for Europe could afford to invest in the education of their men, some of whom then were devoted to the investigation and development of technologies that put their nations to lead the world in the seventeenth and nineteenth centuries. That is called Initial Capital.

But it happens that there is not much initial capital in Cuba than the one provided by people living abroad. It is a predominantly white, urban group, because African descent and peasantry received great benefits in 1959, they had no reason to leave. It is not until after 1980 that the Cuban migration begins to change its demographic profile.

Today, I don’t know if ONEI has data separated by skin color and gender, but what is seen in Havana is that most people who own businesses, not the mom and pop kind, are white men, while black women and men are the employees.

If they don’t implement a credit policy sensitive to these social differences, together with the development of a civil society and laws that protect the rights of disadvantaged groups, inequalities grow, and the discriminatory language, violence and insecurity will increase.

Thanks for your questions. I really think this conference in Miami, without threats or police deployment, is a sign of change.

We, people of different political colors, but nationalists, sat down to talk. We know that our similarities are few and significant, and will take us far. As I don’t believe that any truly popular project (lots of people prefer the democratic word yesterday) can advance in Cuba if the U.S. harassment remains, we must work together. Next? I don’t know, but I do not think anyone can take Cuba back in time, we are not that kind of people.

“I continue urging President Obama to change the policy towards Cuba”

"I continue urging President Obama to change the policy towards Cuba"