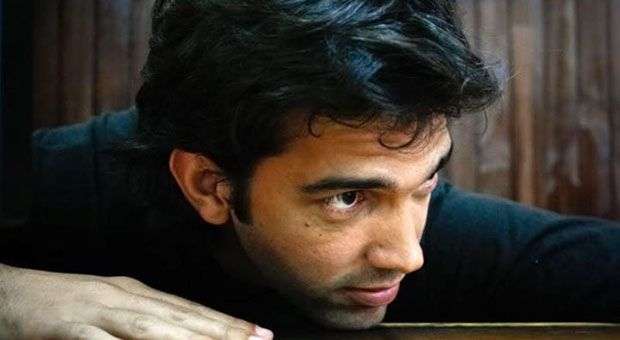 Carlos Diaz, a professor at the Faculty of Communication at the Havana University until quite recently, and my all time friend, left Cuba earlier this month to continue studies, or simply to go on, as is usual to happen.

For the past four years, we had lunch together almost every day, and almost every night we called each other by phone to talk, despite sometimes were anodyne conversations-on the routine of the day. Days on which, what nonsense, we had just talked two hours earlier. Such a ritual is not a tariff of friendship, but rather its consummation. Now I have lunch alone, and now the nights-when reaching that precise point where you have nothing to do -showed themselves in all the extent of tedium.

There is a principal base of friendship: fighting drowsiness. That is, according to my calculations , ninety-nine percent of the task. There was no one, except Abraham Enoa, another mutual friend, with whom I laughed so much in recent years as with Carlos Diaz. There is also another principle, which tells that your friend can not give in during defining moments (the 1 % remaining). Whenever a malicious enemy shot to kill me, Carlos made ​​comfortable and enjoyable the act of sweeping him.

From August 9th, 20 13, I’m infinitely more alone and unprotected in Cuba. Friendship is the measuring stick of lucidity. You can calculate better the scolding or praise of an intruder, his good or bad faith, if he is compared with the tone and method often used by friends.

It was Friday afternoon, and there was no one at the airport saying goodbye to him, just me. We had a normal conversation in one of the metal benches in one of Rancho Boyeros terminals. It lasted about forty minutes. Carlos mentioned the books he finally took with him and the ones he left in Cuba for me to choose some . I wanted, in fact, the books he was taking with him, not the ones he left. And this is another principle: if you have a friend that reads, you both must save the same books from the flood. It is an infallible proof of correct decision in the election.

We said goodbye each other at about three. There were no tears. Carlos said we were not in a climactic moment or anything like that, that our culture is Aristotelian, it needs dramaturgy, but that life is Chekhovian, a process without promotions or declines (anyone who knows him will know that these are his words).

Everything was simple. Understanding that simplicity, sticking your head in depth with cold thoughts, makes you taste, suddenly, the cowardice of your pain , the sign of a race, the age of a people. Carlos disappeared through a glass door and I went walking up to the avenue. It was raining lightly and the puddles abounded in the road. The cars came and went from one side or the other. Tires, rolling on the asphalt, rose water and my shoes became slowly stained.

The airport wall was at my right. Nothing looks more like the walls of a prison than the walls of an airport; it is the aesthetic likeness of opposites. There were no walls on the left, but a barren open field and a rusty railway line, no train, no smoke, no station. However, there is something I know that Carlos did not mentioned, and it is that our culture can be explained in an Aristotelian way, that pain, at least the pain of modern man, if not all the pain of ever, is Chekhovian, absolutely Chekhovian, but to empty our lives of drama, there must be a reservoir where to place such a burden. Which was the ellipsis of our story? If the significance of the farewell was not in us, nor in the prison wall of the airport or the railway, if it was not in our last conversation on the books, in my solitude or in the future, it could not be either too far.

I diligently searched for a while, and saw that the explanation of my pain , the pain of loss, was above me, in the sky. I saw the pain of the country was that cloak that was flying over it and that a brief portion, but not insignificant, of that half made picture belonged to me. It was not a common sky, but a constrained one, a cramped sky, as if it was compressed by the limits, as if a pair of gangsters were torturing and reducing it to a smaller space than its natural size. This effort, of course, had repercussions on its color, a purplish tone of claustrophobia and suffocation, the sky as a woman beaten by her husband, a boiling hematoma or a water blister that has become unusable and old to mislead.

I took a taxi. I got off at the Calzada del Cerro Street and quickly looked for a pay phone. I needed to see that my friend was not in Cuba. I dialed his number. The number that I had dialed the most in recent years and that suddenly stopped making sense. A ringing, two… No one answered.

ICAIC has a new president

My Little world in 3D