Ciro Bianchi Ross
in Technologies of Communication and Media
0 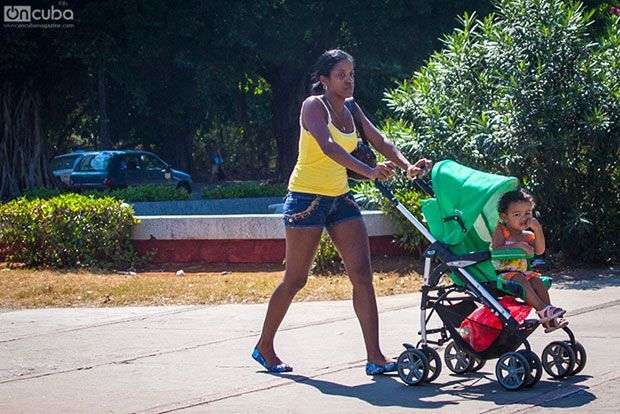 In much of the world, people
celebrate Mothers’ Day on the second Sunday in May. In some countries it is called Mother’s Day, but it has the same meaning everywhere. While it is about love that is –or should be– expressed all year long, this day is set aside as a special moment for honoring mothers. When this chronicler was a boy, we all used to leave the house wearing red or white carnations, depending on whether our mothers were alive or deceased. Men wore them on their lapels, and women, on their blouses. In recent decades, those carnations have disappeared, at least in Cuba, giving way to Mother’s Day-themed postcards that are supposed to reach the recipient right on that date.

Love for our mothers continues to be expressed, and not just for our own mothers; it is extended to all of the women we love and those to whom we are bound by ties of gratitude, whether or not they have children. It’s like another International Women’s Day, but more intimate. Leading up to the date, stores make a fortune, because nobody wants to honor his or her mother with empty hands, even though a kiss is present enough for a mom. And those whose mothers are deceased go to the cemetery. On that day, the flower sellers run out, the restaurants fill to bursting, the postponed visit to the elderly, faraway aunt is made, and transportation becomes insufferable.

The celebration of Mother’s Day began in the United States. In Philadelphia, Anna Jarvis created an association to promote it. At first the new organization received hardly any attention, and its purpose was ignored, but it did not take long for it to score some partial successes; by 1914, several U.S. states, following the group’s recommendations, had made Mother’s Day a local holiday, and the House of Representatives recommended that it be observed by both houses of Congress, and by the president. A few years later, the initiative spread throughout the United States and began to be known in other parts of the world.

Early on, it came to Cuba. And here it is essential to mention the multifaceted, tireless journalist Víctor Muñoz, because he was the very first to promote the celebration of Mothers’ Day in Cuba. He did so in his column “Next to the Capitolio,” which he wrote for the Havana newspaper El Mundo, using the pseudonym Attaché. His headline for the Mothers’ Day column was “My white carnation.”

Muñoz had an extraordinary comic streak, and he reported on baseball games between Cuba and the United States as if they were a competition in which the new republic was justifying its right to life. In his comments, he encouraged a Cuban victory as if it were a matter of national sovereignty. Using another pen name, Frangipane, he was the creator of the Cuban sports chronicle.

Muñoz’s idea did not fall on empty ears, and in 1920, with the backing of a group of young people with social and intellectual interests, Mothers’ Day was celebrated in Cuba for the first time. It was in Santiago de las Vegas, a city south of central Havana.

Months later, during the Nov. 1, 1920 elections, Muñoz was elected a Havana city councilman, and on April 22, 1921, the brand-new official proposed the establishment of Mothers’ Day in Santiago de las Vegas. It was not until 1928 that the House of Representatives, at the proposal of Pastor del Río, passed a law making Mothers’ Day a national holiday. By then, Muñoz had died, in 1922. A ward in the América Arias Maternity Hospital, known as the “Maternidad de Línea,” in Vedado, is named after him.

The word “change” must be written in capital letters

The word "change" must be written in capital letters