People: The year we ate the furniture

by Reinaldo Cedeño
in Technologies of Communication and Media
0 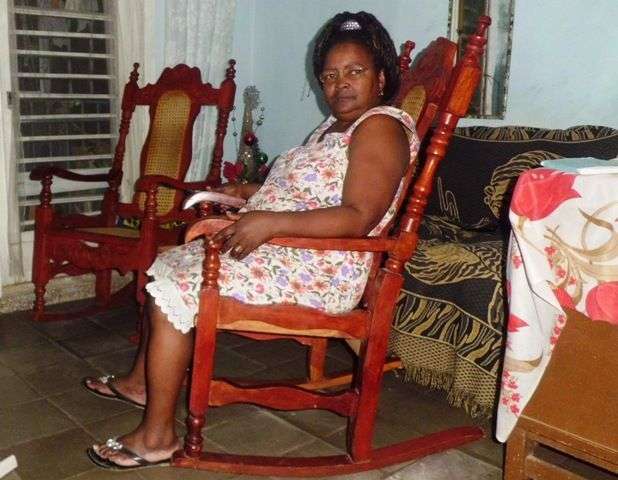 One day I no longer had anything to cook with, or where to look for firewood. Maria Cureaux moved around her apartment. Her mambi ancestors, her French-Haitian ancestors moved. The board appeared as a lifeline. The next morning, she looked slyly at a chair that was loose. Wood looked good…

At the makeshift kitchen with two bricks and a small balcony on the third floor, the whole dining set, and the bed burned and she even emptied the bookcase. The Decameron and The Lady of the Camellias served to soften the peas.

Two little cans of rice, twice as much water and the effect of the miracle of getting steam fill the pot. It was an emergency procedure known as microjet rice. Maria Cureaux Savigne says it with an overwhelmed smile. Now she can, but in the early nineties; with four children to care for and a husband working away, she was in no mood for some hilarity.

The so-called “special period” came at the time after the fall of the socialist bloc and the disintegration of the Soviet Union. The economy bottomed out. Cuban ingenuity shot sky-high.

Maria Cureaux became an expert. When there were no shoes, she found a few pieces of inner tubes that cut and seeped to measure. Upon returning from her night shift, she washed her face and sat at her Singer sewing machine. Faithful and undefeated. From there came footwear for the family … and for others.

She had to take advantage of sunlight. The only bulb at home was moved from the kitchen to the living room to the bedroom: a two-way journey. It became little more than a cult. It was worth admiring the delicacy with which she removed and turned to tighten; but everything started to become useless in the long blackouts.

The allergy of the children complicated everything, but Maria Cureaux did not know how to surrender. She skipped the log line to get kerosene, and had to cope with a honeycomb made ​​candles, burners fed with some edible oil, castor oil, glitter hair, anything she could lay her hands on.

Like many others, she rediscovered the maguey. The plant came out of humility to stardom. Its fleshy leaves and whitish substance replaced the soap … until one evening when Maria´s hands got swollen.

There is still time to explain how she seasoned the grounded beef with banana skin, how she turned the curtains into dresses, how…

Maria Cureaux lives in the Rajayoga neighborhood in Santiago de Cuba and has seen their children grow up with pride. She tried to explain everything with indulgence, almost tenderly. And while rocking her pounds, there is a flash I cannot decipher, a burning in her eyes that I fail to understand

Keep on reading: Side Effects

Zule Guerra and her band begins their journey

Zule Guerra and her band begins their journey

If you bite off more than you can chew…