alain-gutierrez
in Technologies of Communication and Media
0 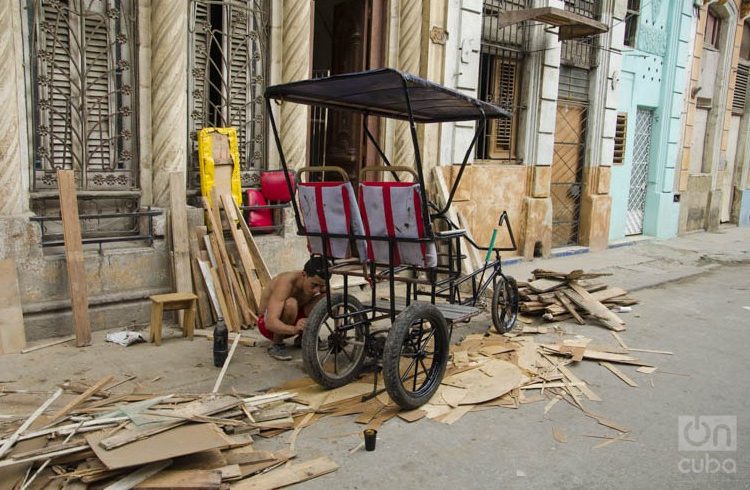 Cycle rickshaws have become an integral part of urban landscapes all over Cuba. In Havana they are used to get to points outside the fixed routes covered by local peso taxis (maquinas), get to places inaccessible for cars in the narrow streets of Old Havana, or simply to avoid walking ten blocks when one is late for an appointment, or is trying to escape the burning sun.

A “bicitaxi”, as they are called by the locals, can cost up to 600 dollars. A friend told me a story about a rickshaw owner that went to live in Miami, but kept his three vehicles operating in Havana. Today, he supports the family he left in Cuba with the money the drivers pay every month.

The price of the ride must be agreed on beforehand with the driver. Normally, a short trip (less than half a mile) is around 1.00 CUC (US$1.20), especially if the customer is Cuban. Some drivers may try to bring the price up to 2.00 CUC if the Cuban is accompanied by a foreigner. And tourists trying to ride by themselves may be given even higher prices, so make sure it is not so ridiculously high that it may be better to use some other mean of transportation to get where you are going.

Despised by some pedestrians and car drivers for their reckless driving, and praised by others as a useful way to move around the city, these environment-friendly taxis are becoming more and more a part of Cuban culture.