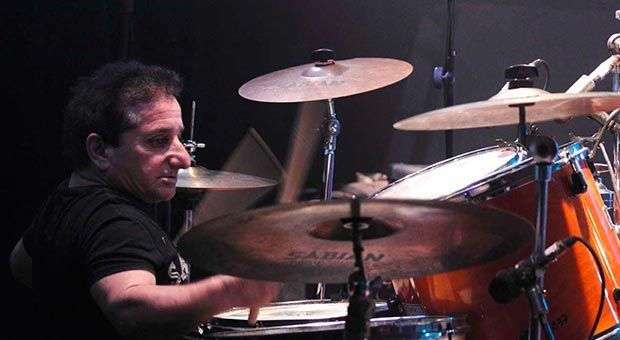 It rained a little over a decade since the arbitrary closure of the Patio de Maria, formerly known as the Cathedral of the Cuban Rock.

In September 2003, I didn’t only go to the one that was assumed was last concert, but , soon after , signed , together with thousands of people, a letter in which a group of growers of Cuban rock demanded the reopening of El Patio with its creator, Mary Gattorno as director.

A year later, in an interview I made to the Cuban troubadour Silvio Rodríguez he told me: “at the time I gave my signature not to close it. I still think it is a place chosen by some young people and their choice should be respected. I would see something like that as a sign of social maturity. “

But the maturity of the Cuban cultural policy makers had to wait another 3 years. In 2007, the Cuban Rock Agency was created in Havana, an idea that had been cooking unanswered since before 2003.

Last May, the founding director of the Agency, Max Yuri Ávila, decided to live in the U.S., along with members of Cuban bands that were on an unprecedented tour of the country; by June 11 the leadership would fall in the hands of Blanca Recode.

Recode was removed from office last November 2 after allegations of corruption, mismanagement of contracts and scheduling reggaeton, salsa and other expressions musicians.

Then, Cuban rockers clamored for Maria, to whom they finally welcomed last Saturday with a luxury rock concert at the Maxim Rock, concert hall and home of the Agency. Its organizer was Dionisio Arce, head of Zeus – a band that was born in El Patio-and with which OnCuba discussed the present and future of Rock made in Cuba.

They have lived difficult moments. But, I think, Cuban rockers have shown that in union there is strength … Do you agree?

We certainly proved it. It became clear that things here are not as some would want, but as we all want. And Cuban rockers have clear who we all are.

Do you think one can speak of a not only musically but socially Rock movement in Cuba?

I think that in Cuba, for some time, is very strong the right some artistic manifestations have on their identity within the culture. This is our time to close the identity of a movement that is more than 3 decades old, a genre that has been for long gagged. It’s like stop swallowing hard to work and make changes

We do not want to sing just to love and peace, but to what we live every day, to the needs and how nice we imagine and see in movies and in life.

Although the Cuban Rock Agency is not new, do you think this is a new stage?

They have almost 8 years of operation. But it is new now. From this moment, they are going to consolidate a number of concepts, attitudes, legacies that carry more than 3 decades trying to somehow integrate the social system in which we live.

With the entry of Maria Gattorno to the Agency, we are telling many people who have never believed in the existence of a national Rock, very native of this island, that it does exist and contains all the ingredients.

The legendary bands have not emigrated. Those that have are groups that have had prominence, shorter than what the history of rock and roll in Cuba is. The legendary ones are still here.

Bands, friends, critics responded to a post of mine on Facebook about this Welcome to Maria concert, with her unconditional support to you; what do you think?

I dare say that Cuban bands, inside and outside Cuba, agree on one thing: we will not do dedicate ourselves to make songs just for the sake of it.

We want to influence the society and to make clear something that we have always strived for: our legacy. We want to break the diphthong of all that we have experienced, what we have suffered and all the taboos we have faced. This is the year to break all socially imposed restrictions.

There is a humanist vocation in the world rock movement that you respect. I think that this series of concerts, starting with what you call “new age”, will go to children with cancer. Why?

It is a necessity. Every citizen of this world must be clear about this principle. We are doing what we were brought up with as children.

In the case of Zeus, which is a band born and raised in the Patio de Maria, and this site is the only institution that over 10 or 15 years ago made a program to support the prevention of human immunodeficiency virus and support for people with AIDS.

Therefore, we have always been ready to support any initiative that is for the good of the people. We learned that from Maria, to whom we are eternally grateful for such sensitivity, so understanding the problems of youth. She always has been dealing with the social issues around young people.

Before it was said to be rocker was to be ideological diversionary. Now they will have to find other arguments because we are all fed and trained, or simply let us express and period.

This trip dies in Gibara