gloria
in Technologies of Communication and Media
0 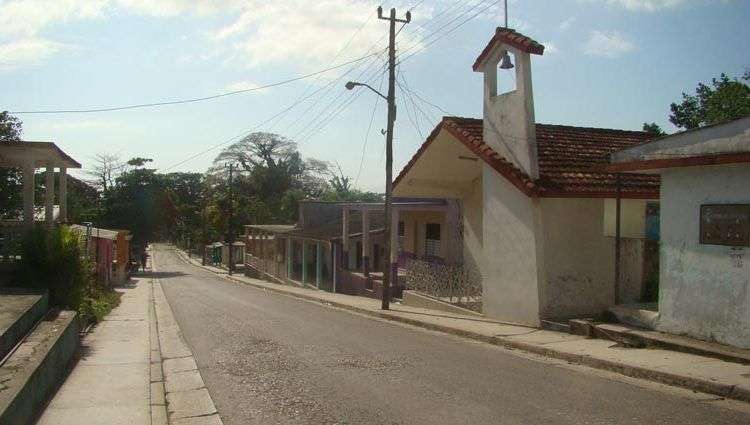 If Miguelito had not changed jobs, by now he would have been dead. Being ranger gives him less tantrum, and that’s what he does now. He has had two heart attacks, one in January and the last in May. All due to the people, who find hard to change the tradition, I tell you, it costs them a lot, people get naughty, they don’t understand and me explaining: listen up, finally understand that if we have a funeral parlor, gee, there’s no reason to hold the wake in the room of the house.

That has been the main cause of the heart attacks. The first then the second. The stubbornness of the people made a clot immediately blocked a coronary artery, the valves got blocked, finally, people had to rush to the Matanzas hospital with Miguelito because, this happened in Santa Ana, a town 18 miles of that city.

For years, a few already, they have had the funeral parlor. Since the owners of the house died,   it was empty and Miguelito repaired it, painted it, put toilet paper in the bathroom, armchairs, all ready.

“Since the funeral parlor started only ten people held the wake there”, he complains.

“Because people say that if their mom’s wake was held in the hall of the house, brother and all who come behind will have their wake in the living room of the house.”

Miguelito has spoken many times with the residents of Santa Ana, the few neighbors, because Santa Ana is a town where it seems that only ten people live there. However, Miguelito wanted to understand. I say look, if hold the wake at home you will keep that memory, the bathroom get dirty, all becomes a mess, but they keep saying no and no, that holding the wake at the funeral parlor means you never really loved the dead person.

“With everything that I did for best arranging that funeral parlor,” he says. And from the park, where he now works, he points at the funeral home, where he can no longer work.

“I had it so beautiful, to the families of the people that had their wake their I used to make them their cup of coffee, I bought them bread in the morning. But nothing, sometimes years go by, and the funeral home there, a total waste. I, whenever someone died, tried to convince the relatives to hold the wake there, but it was useless, very few wanted to. ”

And I treated them well, he said. To all my dead friends I did the makeup, they were pretty good. They asked me when alive and I did it. When they brought them to me from the hospital in the coffin, I carefully combed them, which was sometimes uncomfortable, is that they are very cold, and very stiff, painted their lips with a brush and put a shadow in their eyes, put them some parfum, made ​​signs with nice handwriting for the wake, chose the flowers and even did the eulogy in the graveyard. But not even then, girl.

“To think that there are still people like Betty that want to remove the funeral parlor and place a rehabilitation room,” he says.

Miguelito obviously gay or homosexual since he was born, as he explains, as he says, speaks of the funeral parlor and get agitated, I better drop the subject, better not talk about it, look how I have the heart.

That was a Sunday, at three in the afternoon at Santa Ana. Early Monday he looks for me, girl, he tells me, open your eyes, run to the funeral home that an old man died, it seems that you call death is what he seems to mean, and he grabs my arm and I go to the funeral, look, the family wanted it, that’s how it is, the old man hanged himself, he was tired and it seems, that’s how it’s done, at the funeral home, see that it has good condition.

“Just something,” and then approaches. “I never say this, but I want them to hold my wake in the house of my parents.”