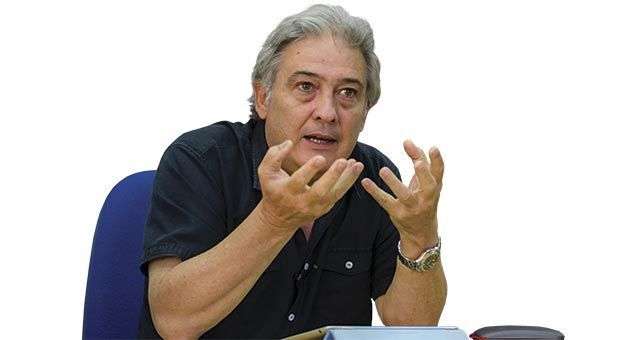 Fernando Ravsberg is a journalist with a unique ability for reflecting people’s lives. He has been a war correspondent and has worked for Swedish National Radio, the U.S. network Telemundo, Mexico’s Televisión Azteca, Público newspaper in Spain, and the BBC (British Broadcasting Corporation). In 2008, he created a blog, Cartasdesdecuba.com, on the BBC Mundo website that has won followers from all over.

It’s easy to talk with Ravsberg—that he was intelligent and well-informed, I already knew, but I was surprised by his simplicity and his gaze. He doesn’t have the eyes of a person who has all the answers; his grey-blue eyes wonder with the avidness and surprise of somebody who is making a discovery. What have those eyes seen after 20 years of asking questions in Cuba? I wondered, as we began this interview.

Some people think of you as a rare bird on the Cuban news scene. Your objectivity distinguishes you from the national media, but also from the view of Cuba provided by most foreign media organizations. Do you think that you really are an exception, and why?

Yes and no. I might have been an exception at some point, but now that’s less and less the case, because new voices are emerging in the national media, especially in the blogosphere. I decided at one point to do journalism as if I were in Stockholm or Paris, that is, without worrying about the political consequences of saying this or that. It was difficult, because there are always political consequences; on the Cuba issue, everybody expects you to confirm their point of view. So the anti-Castro people expect that everything you say will be against the government, and the pro-Castro people expect everything you say will be in favor. The reality is richer than that. There are things that are good, and things that aren’t. Doing journalism without putting pressure on myself to please everyone at the same time was what I set out to do, and I think it worked. Right now, fortunately, there are a ton of young people doing the same thing. I’m going to be just another piece in that mosaic of people who are doing journalism that is not black and white, and increasingly more people are going to join in, with a lot of seriousness and responsibility.

When you tell me about people who are doing a “new type of journalism,” you’re talking to me about journalists (or not) who have their own blogs and who don’t work for any particular media organization. That’s not your case…. Has it been possible for you to do that kind of journalism while working for the major media?

Yes, it is possible. I have worked with news organizations who have been very hard on the Cuba issue, such as the U.S. television network Telemundo, but I set certain guidelines for my work, using the same standard for Cuba as for other countries in the region, meaning what’s news in Brazil or Colombia will be news in Cuba and I’ll send it out; if it’s not news, I won’t. That was the criteria that we agreed on, and with that we were able to work. In fact, the first television channel that broadcast images of the Latin American School of Medicine was Telemundo, and it was precisely because of that principle.

We were the news agency that communicated to the Venezuelan people that Chávez had not resigned, during the April 2002 coup, and that was made public in Venezuela, and it was important for people to know that they could still defend their president. In fact, the first interview that Chávez gave after being released was to me; I traveled from Cuba to Venezuela to interview him, and that interview also was broadcast by Telemundo, even though it has absolutely no sympathy for the Chávez government.

It is possible, if you as a journalist try to maintain an ethical position, not just with the Cuban government, but also with those who are paying you. In a public media organization like the BBC, it is much easier. There is a less rigid editorial line that allows you to work more freely.

There are those who say you’re part of the dissidents, while others would propose you as a member of the Communist Party; your articles are controversial and generate all kinds of reaction from both sides. Why do you think they always place you in an extreme position?

Because I don’t look for political convenience when it comes to doing my job. For example, I’ll write that the dissidence has no social influence in Cuba, or about the repression that homosexuals suffer on the island…and I know that I’ll be burned at the stake, by one side or the other. The problem is that when you praise or criticize an aspect of reality, they immediately want to label you. Everyone is free to label me as they like, but I try to make it difficult for them. People are not screws in a hardware store that can be classified by size and thickness; we are much more complex than that, and when we try to be free, mentally, which is the only way to be free, we can’t be classified even by ourselves.

I do the same journalism in Cuba that I would do anywhere else. There are things to praise, things to criticize, and things to report on that don’t involve criticism or praise.

You are a very skilled Latin American journalist with a lot of experience who has been in contact with the reality of the peoples of America. How do you place this island in the Latin American context?

Cuba is very difficult to place in the Latin American context, but it really needs to be. This is a very particular country, different from the rest, with a different social system and government, too. And with things that are very positive and others that are negative. For example, it has a public health system that I think is among the best on the continent, when we compare it with public health services in the rest of the Americas. It has an enviable education system, a country where 100 percent of children go to school. That is impressive. You have to go out to Latin America and see how many children are in the street during school hours. It is the only country where you can go out at 3 a.m. and not find a child in the street. Can you imagine the drama of having a vulnerable child sleeping in the street? Cuba does not experience that drama. There are problems with housing, people live in overcrowded conditions, but there are no children sleeping on the sidewalks.

In other aspects, it is sad; for example, you have a news media that is probably the worst on the continent, and not because of a lack of journalists or ability, it is because of a system where control over editorial departments has been unified and put in the hands of people who do not have the necessary knowledge.

You are among the foreign correspondents that have lived the longest in Cuba. You have enjoyed and suffered this island. Must one visit Cuba to learn about it, or can we trust the media?

Neither; you have to live in Cuba. I wrote a book called The Cuban Puzzle, and in the introduction I said that the Cuba where I live can’t be seen from a hotel window. In Cuba, there are no “tolerance zones,” so prostitutes, pimps, and illegal cigar-sellers surround the hotels. The Cuba that you find when you come out of a hotel is not reflected in my neighborhood. I live among Cubans, and it’s not that there aren’t any “jineteras”; there are, but they amount to three out of some 300 young women who live there, and most of them, who aren’t involved in that, don’t hang around hotels so that there won’t be any confusion. So, when you become a part of society, when you have Cuban neighbors, men and women, you find a different Cuba. It is a different culture, that’s true; sex is not a sin, that’s true too. Here the Orishas like sex, drinking, and dancing, and everybody wants to be like their gods. For Cubans, it is very important to enjoy life. It doesn’t matter how much people have or don’t have in their lives; whatever they have, Cubans make the most of it. And I have tried, not very successfully, to learn.

What most excites you about Cuba today? What most concerns you?

What most excites me is that things have begun moving, going somewhere; that paralysis of everything’s the same, the same old thing, was what made things hard for everybody. What most concerns me is where we’re heading. It’s not that I’m questioning, or have suspicions; it’s that any movement, socially speaking, should be well thought-out and carried out. I’m worried about the collateral damage that any movement can have for ordinary Cubans.

You’ve been living in Cuba for more than 20 years; in fact, you’ve said that you’ve lived longer on the island than in your native Uruguay. Has this permanence in Cuba been a choice?

Not at first. I was a war correspondent, and in 1990, when the fall of the Cuban government was expected, they sent me here thinking that I would know how to handle myself in that kind of situation. When I got here, my experience told me that there were no symptoms of popular rebellion or anything like that. The time began to go by and what was expected didn’t happen. I tried to leave several times, but the news agencies asked me to wait. After a few years, I decided that this was a good country to raise my children, where they could go alone to play in the park, where there weren’t drug problems, and where the worst that could happen to the kids was a brawl in the street. Also, I got married and made friends, and now I miss being here when I’m not. When I’m gone for more than a month and come back, it’s like coming home. It’s a sensation that’s difficult to explain, and that I don’t feel anywhere else. I’m not Cuban; I’m still Uruguayan, but I feel like part of this tribe. 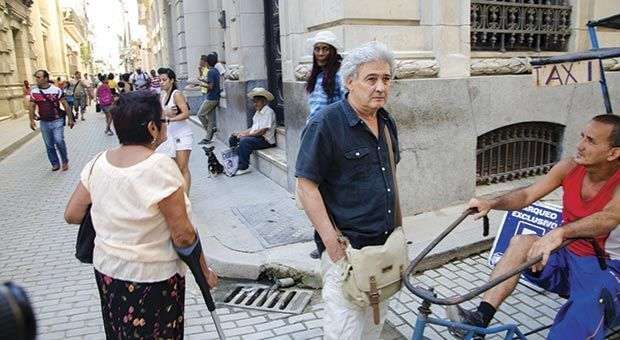