Fernando Ravsberg
in Technologies of Communication and Media
0 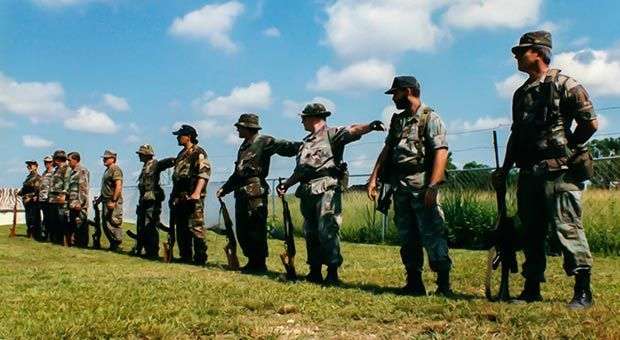 The capture of 4 anti-Castro militants that had infiltrated Cuba from Miami to allegedly attack military units brings to the spotlight the situation of twenty Cubans that on leaving prison in Cuba are considered by Washington persona non-grata.

One is Thomas Ramos, old anti-Castro militant, whose history includes several infiltrations in Cuba and long prison sentences. “I came to rouse military units and promote a coup. In Miami I was assured that they had contact with officials from Cuba willing to rebel. “

He worked in coordination with a CIA officer who promised him the U.S. citizenship. However, he was arrested and when he came out -18 years later, things had changed so much that the U.S. embassy denied him a visa on the grounds that he has a violent past.

“The woman that heard my case was a young woman who knows nothing of the history of the Cubans, stupid. I explained her that before we were all action people and that I had been sent here by Colonel Frank Sturgis of the CIA, “Tomas said.

OnCuba consulted with the Washington Interests Section in Havana (SINA) on the situation of these Cuban excluded of visa but did not get a response from diplomats.

CIA Colonel Frank Sturgis, who coordinated the actions of Ramos, was also involved in the Watergate scandal.

“I understand that Americans are entitled to receive whoever they want and that politics is dirty but when they denied me entry to the U.S. I felt disappointed and betrayed,” Ramos says and tells us that his mother is alone in a nursing home in Miami.

He doesn’t understand the new Washington policy because “I’m anti-communist and consider everything done against communism is legal. Also, I did not kill anyone for them to tell me now I’m a terrorist and therefore I cannot enter the U.S… “

“I came here to look for ways to produce a coup to overthrow communism. My last mission included to take down the communications tower of the Habana Libre hotel to remove the blocking signal that prevents the reception of TV Marti, “he says.

For those plans he was trained in the Everglades of Florida, in the camps of the National Unity Democratic Party. He recalls that “Colonel Frank Sturgis was very human and true to his work, helped me with a little money and I helped him.”

Cuba put behind bars suspected paramilitaries from Florida
“I only regret that he died because if he were alive I would not be in Cuba, but next to my mother. Neither the CIA nor the U.S. government sent me, I wanted to come but Sturgis assured me that when I returned I would immediately get my citizenship. “

On the freshly caught Cubans he says “they are 4 morons, someone used them. Infiltrating Cuba today is stupid, is sending people to the slaughter house. I learned that the Communists are strong when they are attacked militarily. “