The return of Cuba to the Caribbean Series is not definitive 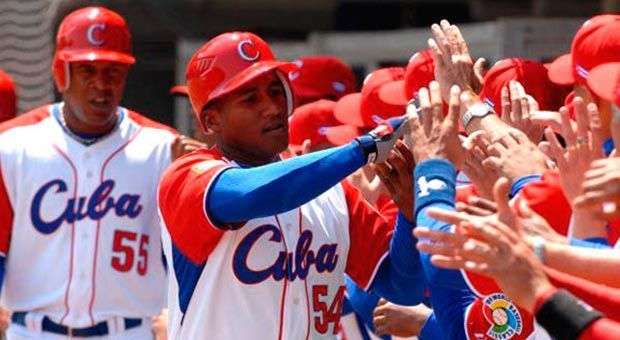 The new statements made by the Dominican Joel Araujo, director of MLB development and international operations for Latin America, revealed that the permission granted by the U.S. State Department to Cuba, only authorizes its participation in the edition of 2014, according to ESPN Sports channel.

“The license we have is for this year f or Margarita Island . Such permission involves different things and it should be assumed that Cuba’s presence this year does not entail it will also be participating next year, “he said. If the Caribbean Confederation of Professional Baseball (CBPC by its Spanish acronym) wants the presence of Cuba to extend beyond 2014, it must reapply for authorization to the government of the United States, Araujo added.

One detail that may complicate the longed continuity of Cuban squads in regional events is that the venue for 2015 will be Puerto Rico, with its status as Free Associated State subject to U.S. law. In that sense Araujo stated: “I do not know if it would be more difficult or not. We are at a very preliminary stage. CBPC still has not said they are interested in having Cuba, but as Puerto Rico is a U.S. territory, that would imply other things.”

The ESPN article also revealed that sources from GFR Media claimed that Cuba’s inclusion in the 2014 Caribbean Series was marked by the particular interests of the Venezuelan government, from the strong ties that bind them to Havana, which led to conditioning a significant economic contribution to the tournament for the participation of the friend island.

About this, Araujo noted that there had not been pressure from any country, although he acknowledged the great attraction that the Cuban presence would attract public .

Once more the complexity of relations between the U.S. and Cuba acts like Damocles´ sword in the yearned reunion of Cuba with the Caribbean Series. There is obviously a completely vertical relationship where MLB are subject to the will of U.S. government. A step below the dependence of CBPC before MLB is ratified, pretty emphasized as result of the long and tedious process of signing of the Winter League Agreement, which regulated the participation of players inserted in the universe of American professional base ball in the winter leagues of Venezuela, Dominican Republic, Mexico and Puerto Rico.

This story is still moving to the rhythm of novel and obstacles continue appearing to the happy ending wished by most fans. Now we just have to wait for the plot of the new chapters to come.

Mourning in Cuba for Mandela

Omara and the oblivion Festival