Yimel Díaz Malmierca
in Technologies of Communication and Media
0 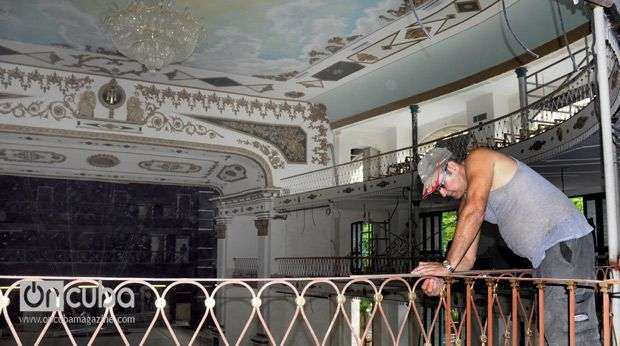 Among the ruins of the most aged part of Havana there is a building that despite the passage of time and the absence of work, never seemed abandoned. It is the Marti theater, a Cuban neoclassicism architectural work so dear to the vernacular and the history of drama and music on the island. It was opened on June 8, 1884 and then was called Irijoa , after the Basque man that motivated its construction.

Now, after almost 30 years of long wait, it gets the finishing touches for about another anniversary of the founding council of San Cristobal de La Havana on November 16, to reopen its doors .

Through them no longer the evening breeze will run that earned it the reputation as the best ventilated facility in the capital. The building has been in tune with the times and will feature a two-sided woodworking: the outer, made of wood, preserve the original image while the indoor one, aluminum and glass ensure tightness demanded by the new HVAC and sound systems.

A novelty will also be the automated grill for scenic mechanics and equipment to prevent fires. As in other works of this kind executed by the Office of the City Historian, they respected the heritage values ​​as one of the pillars on which the constructive program is designed. From there common sense prevails and the application of modern techniques and materials. That is why at the Marti were preserved, for example, original wooden beams of the ceiling: “After fumigating they last 100 years more,”   the main officer at the work, Elvia Torres Batista told this reporter

The interior, with molded plaster on the walls and ceiling, takes up the gold and green tones that once distinguished the room: “In the great ceiling it recreates a sky with clouds, as they used to do the exponents of neoclassica l” Otmaro Medina, professor of painting at the School Gaspar Melchor de Jovellanos Workshop, Office of the Historian, said “and we integrated to that painting the central panel that has a similar design to the original but is made of papier mache by students and teachers at our center. The substitution of gypsum was intended to lighten the cover that is made of polypropylene. The beautiful light that illuminates the room was recently acquired in the Czech Republic and armed inside the theater, on the plateau “. 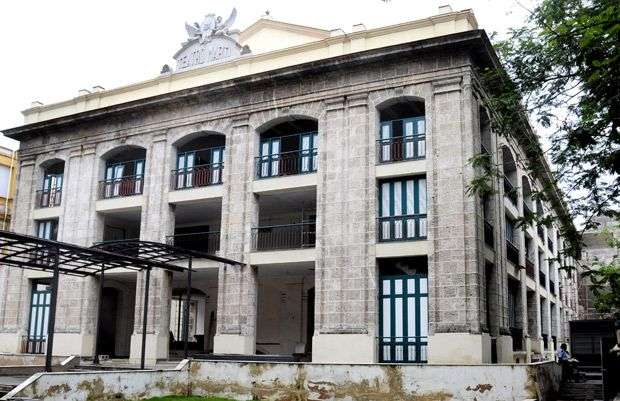 The theater was expanded in dressing rooms and bathrooms. It gained back its café and one side will have a kind of gateway to enjoy the fresh and the cityscape. One of the buildings surrounding it, that was in terrible condition constructively, was demolished and built back almost simultaneously. There they will relocate the offices, warehouses and other spaces necessary for the operation of the theater.

The repertoire must be dealt with the same care. Many people dream of the vernacular to return, others dream of how good opera seasons offered in this room and there are those who imagine themselves among 720 likely spectators to applaud a foreign diva.

I’d settle for the three cheerful chimes that announced the beginning of each function in the Marti gave way to Cecilia Valdés, Gonzalo Roig operetta that premiered in this very room on March 26, 1932. The complete set of this work is as old debt with the audience as a day was the reopening of the coliseum.

But that is another story.

Swamp people in front of the lens