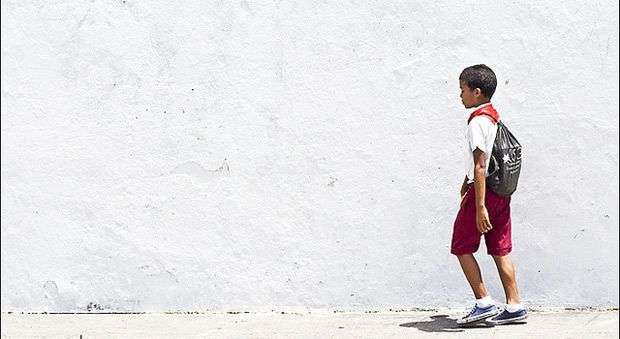 When I arrived in Havana, even without taking off the dust of the road, the first thing I did was to find out where I could buy something to eat. I was really starving, like any other Cuban innocent who gets to the capital. And later, just later, willing to satisfy other basic desires, I asked where I could learn writing. (I could not do like Lezama: “the book is the first bread of reasonable man, then comes the lamb. But the lamb is Inevitable”.) Obviously , people laughed at me, or so I thought.
I walked several blocks, lengthy and dazzling blocks, and arrived at El Vedado neighborhood. I saw the Presidents Avenue, the corner of 23rd and G Streets and I entered, as if I was in a party, a place people call literary cafe. I repeated the same question, but there nobody laughed. They all stared at somewhere, put out their cigarettes, slowly frowned, as if it cost a lot of work, and said nothing. I thought they were sad guys, judging by their apologetic faces and the languid and famished speech of their conscious-involving languages​​.But today, of course, I think different, but at that moment, like many others have done throughout history with their respective capitals, I told myself: “this is Havana, do not let it go. “
And although the existential shipwreck and plaintive snob of the cafe ended up getting me bored in a few hours, at least it helped me to find a place where writing was taught. I crossed the street and saw a crumbling and dirty house with green tiles. I asked again and they told me that it was the Faculty of Communication, and added that, among other things, I could study journalism there. Then I said I did not want to be a journalist, I just wanted to write, nothing more, and I was told that if I wanted to write the best I could do, as a sensible Cuban, was going to the College of Arts and Letters to study Philology, but that sounded too hard to me, with too much academic glamour and also with too much sexual freedom, and I was not prepared for it. Then I got scared. I was as scared as in one night of the Special Period, when I woke up in the middle of a blackout and there was no one in the house, and of course it was dark, dense, a death corridor, and next to me there was a red oil lamp, which was dying to the beat of the air of Matanzas bay.
I told the story on the doorway of the site. And with a lot of fear in my soul I collapsed. I fell down in the middle of 23rd and G, in the heart of El Vedado, and henceforth I could never recover myself. It was a very hard blow, which only found relief when someone, a soft voice of secretary, resolved at a stroke the dilemma:
–          Do you want to be a ranked writer, or just the other?-Obviously, lady, I want to be an important writer.

-Then you have to go to Arts and Letters. There is no other place.