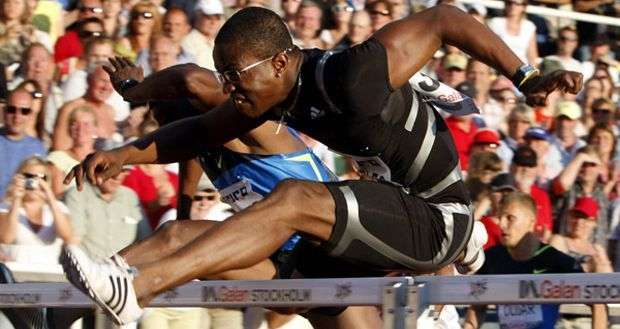 TransplantIn this country we have always mistaken lucidity with stubbornness, do not you think?

It doesn’t stop. Pedro Cabrera, director of International Relations and Communication of INDER, recently said, referring to Cuban volleyball and the likely reentry of several players that in some cases it is impossible to include them because their desertions occurred shortly before main competitions, which affected notably the outcome. As examples, he cited the recent London 2012 and the World League. He added that, however, some volleyball players did not cause such damage and specifically with them, INDER could established future dialogues.

Who are these volleyball players that I do not know them? What class player, whatever the time of year that he left, didn’t leave a hole later in the team? Let us overlook the differentiation. Let us overlook the obvious political bias and settling of scores. Let us pass over, too, the phrase “future dialogue,” which we assumed in a privileged position, with time to talk, as if the Cuban volleyball is not suffer a severe coma and could still walk with squeamishness.

INDER position is the position of the victim. The generous father whose the hand is biten. Never, under any circumstances, even for benevolent or neglect, Cuban sports authorities have offered an argument other than their discomfort and pain for the alleged treason. And, of course, these are not arguments, but positions with hidden facts. Leaving, they say, involves an ethical violation by athletes. There is already another procedure to justify the alleged offense other than the mention of the country, but the country, precisely because the handling to which the officials have been exposed, it is a less and less credible valid argument.

Why are our current high performance athletes leaving en masse, as they were expelled by force majeure? We believe it is because they are not allowed to be hired in foreign leagues, tested in areas according to their possibilities, or earn some money, then they often make life a little-just a little-easier. I was three weeks ago in Roberlandy Simon’s house, and asked him if  he had left the Cuba team because he was forbidden to get a contract in Italy or Russia. He said no, not even that. He said if he had secured normal life conditions, a reasonable position, he would have stayed.

He told me that one day he got up and told his mother he could not to take it anymore. Think of that image. A world runner-up rose from his bed and went to his mother to seek approval and shelter. When Simon speaks of normal living conditions it does not involve a car or a house in Miramar. Just suppose a fridge with cold water for workouts, not deflate balls, grounds of other materials than cement. Do not assume that part of the booty obtained during World Leagues or World Championships. Think that when this talented generation trained at altitude in Ecuador, they had to hire a plumber because the pipes of the low-class hotel where they were lodged were broken and debris flooded the rooms.

When Ariel Sainz, vice president of the Cuban Volleyball Federation, explained that Wilfredo Leon was penalized because he was part of the team’s strategy for several years and leaves it at a critical time, he treacherously omits what Simon revealed days before. That León, the most impressive phenomenon in contemporary volleyball, had to wash by hand and carry a water bucket to bathe to the third floor of the hostel where he lived.

Contrary to what national sports managers assume, fans increasingly recognized in these athletes who defect, Cuban Spartacus, courageous signs of rebellion, the cracks of state omnipotence already unsustainable. The country t we are shows it peeling off and the country that we will inevitably be looms ahead, whether they like it or not. We will not know what evil will lay ahead, nor what the atrophy, but in any case not the murderer centralization.

Out of all escapes, there is none as mediate or dramatically prepared as Dayron Robles’. I have begun to reconcile with Robles since the Cubans began to smear him. No matter that he grabbed Xiang, no matter who violated the basic rules of the sport. While he didn’t transgress the very narrow limits of official nation, Robles would still be a hero, the sample of our successful management. Even if he continues faking injuries and knocking rivals, our endless chauvinism could protect him throughout life.

The recurring excuses that followed Beijing 2008 upset us right now, when Robles accumulates a bit of courage and closes the door with a huge bang, probably for reasons similar to those of Leon. Never, in athletics, a figure as brilliant had left us, a so precious Olympic champ. No one had ever presented so early in the tracks and had the Cuban Athletics Federation running as Dayron Robles has done. He drove them crazy. If we accept our untamed and rebellious tradition, we have to recognize, let us say as Marti, never in recent times was most Cuban Dayron Robles than when he was hired by AS Monaco. He took advantage of the recent immigration reform and escaped the increasingly draconian and absurd jurisdiction of the Cuban sports movement, a conclave which, according to Alberto Juantorena, Robles does not belong, so he can not represent it.

We, on behalf of past glories, we could forgive Juantorena any nonsense that his duty as an officer put him in the mouth, but we do not have to echo his statements. The Cubans have forgotten the helpless agony of INDER, the recurrent acts of pride, and we have taken at our own risk, almost clandestinely, a more inclusive country. Paradoxically baseball, our most politicized sport, hired at least three players in the Mexican League (I believe that the hands of Victor Mesa are behind, but if I said so, you would accuse me of being a fanatic), demonstrating a plausible institutional incoherence.

Whether you like who likes it, Robles will continue to represent Cuba, and if he runs for France or any other nation, we know that, like Simon or Leon, he was not left any alternative. Almost none of them would have preferred to leave. And everyone would like, today, now, as soon as possible, to talk, but the emphatic evocation of the homeland does not allow it.

We had, in July 2013, the best volleyball player in the world, Osmany Juantorena (the name is no accident) -, with a champion of the World Boxing Organization-Guillermo Rigondeaux-, with the champion in the Home Run Derby at the Stars Game of MLB-Yoenis Cespedes, and the rookie sensation-Yasiel Puig. Whose achievements are those thanked to? The sea? Alberto Juantorena, the great Juantorena, must know that Cuba is another, a country vastly different from Montreal 1976, and also, to let INDER know that because of its stubbornness current athletes no longer run with heart in hand, but other organs. The kidneys, for example. The entrails.