From now on, Cubans must travel to third countries to apply for temporary visas, study and work permits or permanent residency. 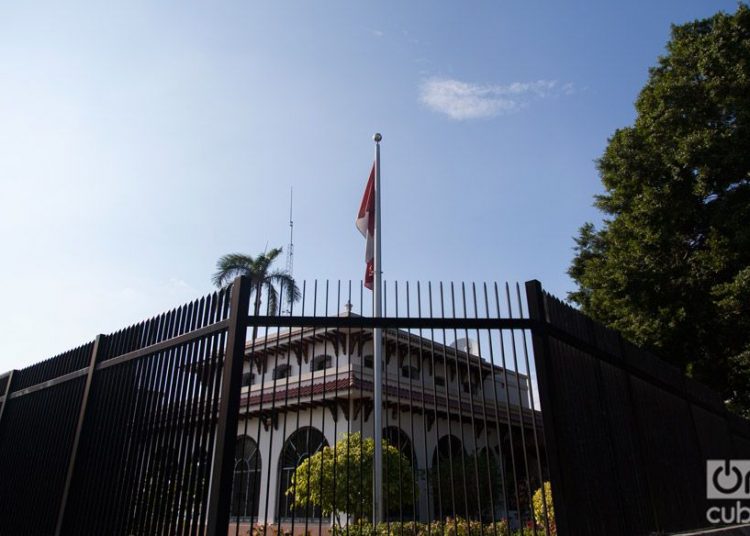 The Department of Immigration, Refugees and Citizenship Canada (IRCC) this Wednesday announced the reduction of its programs and services in Havana, due to a cut in personnel announced last January.

As announced in an official statement, from now on, the visa procedures services for temporary visits, study and work permits will not be offered in Cuba, and permanent residence interviews have also been canceled.

The Canadian Department of International Affairs also announced this Wednesday the replacement of the Canadian ambassador to Cuba, Patrick Parisot, by the official Perry Calderwood.

The services that remain active include receiving applications for Canadian passports, proof of citizenship and travel documents for permanent residents in Canada.

For canceled services, the IRCC advises to apply through online accounts or apply for visas through third countries, in any of the application centers outside Cuba.

In the case of giving fingerprints and photographs (biometric data), you must travel to another country to proceed with the service.

For all those who have existing applications for permanent residence, the processes will be transferred to the Canadian office in Mexico City, where they will communicate directly with applicants in the coming weeks.

All questions about existing cases can be directed to the office in Mexico, the official statement recommends.

The “acoustic attacks” and the cut in personnel

Last January, Canada had reported on the health status of its diplomats in Havana and the possibility of taking future actions in its embassy in Havana due to the possible “acoustic attacks.”

At that time, they said that “Canada has positive and constructive relations with Cuba. We have had close cooperation with the Cuban authorities ever since the health concerns of our employees emerged and which were published in Havana in the spring of 2017.”

However, in February of this same year, several Canadian diplomats sued their government for the mysterious health problems in Cuba.

The plaintiffs accused the Trudeau government of negligence and explained that, although the first symptoms were detected in the spring of 2017 and the United States evacuated its diplomats in September of that year, Canada did not do so until April 2018.

In November 2018, Ottawa had made the decision to allow its personnel assigned to Havana to return to Canada “if they so wished” and since April they had begun to withdraw the relatives of the officials.

Also in November, some media outlets reported that the Canadian government had given orientations to maintain discretion over the dozen cases “so as not to upset the Cuban government on the island,” one of the affected people told EFE in anonymity.

Despite the latest decisions of the Canadian government regarding consular services for Cubans on the island and Ottawa backing interim president Juan Guaidó in Venezuela, diplomatic relations between the two countries show no signs of evident deterioration.

Recently, the Canadian government reiterated that it will not “recognize or apply” any sentence issued under Title III of the U.S. Helms-Burton Act for economic activities in Cuba.

A statement from Canadian Foreign Minister Chrystia Freeland emphasized that Ottawa’s opposition to that U.S. legislation is based “on the principles of international law and reflects our objection to the extraterritorial application of laws of another country.”

“Take normal safety precautions” can be read on the official website along with a brief information on the Zika virus situation on the island and in the region.

Canada has been Cuba’s first tourist market for several years, a favorite destination especially during the winter seasons, as was announced this week at the International Tourism Fair of Havana.

In the case of Cubans, traveling to Canada meant an opportunity to study or work, emigration, family visits, as well as a gateway to the United States along the northern border, especially before the elimination of the wet foot-dry foot policy.

The most commented article in our OnCuba magazine over the years was a note on the opening of applications for “express visas” for study and work by Cubans in Canada.

To this day it has more than 1,000 comments, where people of all professions and ages showed interest in the process, something that will not be possible for Cubans from Havana as of today.