The Cuban Grand Master defeated his peer Kirill Shubin in the eighth round of the Russian Team Championship, in which his club, Saint Petersburg, dominates comfortably. 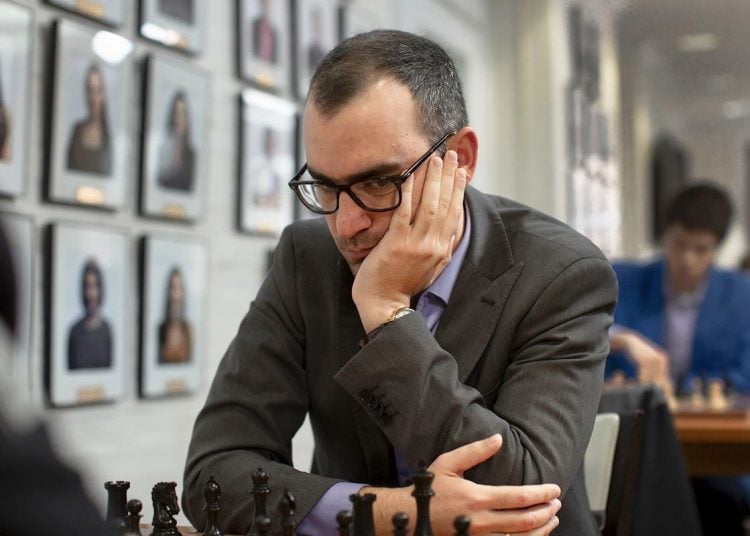 After his reappearance in the classic games during the U.S. National Championship, Leinier Domínguez has maintained a very high level in the Russian League, defending the flag of the Saint Petersburg Bronze Horsemen. Photo: Justin Kellar/Saint Louis Chess Club.

With only one round left for the end of the Russian Chess Team Championship, only a debacle of considerable magnitude would prevent the Saint Petersburg Bronze Horsemen from validating the crown, now with the leading role of Cuban Grand Master Leinier Domínguez.

The “Idol of Güines,” representing the United States, has been one of the key pieces of the defending monarchs, who have to their name seven victories and one draw in the previous eight matches to add 15 units (two for each win and one for the tie).

In his most recent match, Leinier defeated the young local Kirill Shubin (16 years old), in 33 movements of a French Defense (Wináwer variant). This was one of the five victories of the Horsemen in the duel against the SShOR club, also representing Saint Petersburg.

In addition to Leinier, the Israeli Maxim Rodshtein and the Russian trio of Evgeniy Najer, Kirill Alekseenko and Aleksey Goganov won, while the leader of the group, Nikita Vitiugov, agreed to some long draws (60 moves) against Vasily Usmanov.

The Bronze Horsemen have virtually secured the top of the tournament, as they are two points ahead of Legacy Square Capital (Moscow) and Sima-Land (from the Sverdlovsk region), who accumulate 13 stripes.

For the closing, Saint Petersburg would only lose the crown if there is a rare combination of results. First, the Legacy or Sima-Land escorts must win their duels and wait for a Horsemen’s debacle against the Molodezhka (team from the Tyumen region), eighth in the tournament.

And we clarify that it must be a debacle because Leinier’s team, in addition to the classification by games, also leads the board scores, with 33 units, by 30.5 of the Legacy and 28 of the Sima-Land.

If the process is finally completed and Saint Petersburg takes the scepter, Leinier would add his third crown in the Russian team title, after winning in 2013 and 2016. The Cuban played for five consecutive years in the contest and always took the podium, with a runner-up and two third places.