The chief of European diplomacy is in Cuba 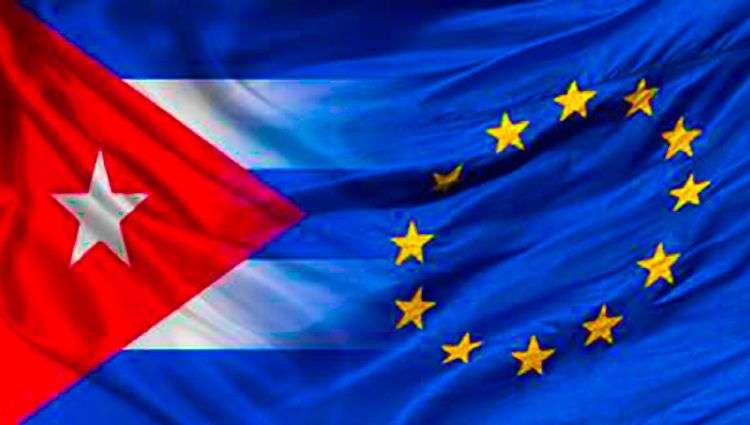 For the first time Cuba receives the official visit by a head of the diplomacy of the eurozone. Just four months after taking office, Federica Mogherini, High Representative of the European Union (EU) for Foreign Affairs and Security Policy, arrives in Havana .

The Italian former Chancellor announced she will be on the island on March 23 and 24. Her intention is to promote relations between the block and the Cuban government, and currently they are developing rounds of talks approximately every six months. The dialogues are trying to form a political agreement to guide the new bilateral relations.

A statement from the European diplomatic service highlights the importance of this trip occurring ¨at a crucial moment for the negotiations between EU and Cuba. Among other issues, Mogherini “will talk with her Cuban interlocutors about (…) the prospects for EU-Cuba cooperation”, said the note.

Another objective of this trip is to relax the bilateral tension left by the third round of talks Cuba-EU, held in mid-March. At the end of these meetings, the European negotiator Christian Leffler revealed “differences of interpretation” that must be overcome. Havana appealed to respect the “principle of non-interference” in its internal affairs.

On Cuban soil, the diplomat will meet with Foreign Minister Bruno Rodriguez Parrilla; with the Archbishop of Havana, Cardinal Jaime Ortega, and representatives of civil society. Although it has not been officially confirmed, it is possible a meeting with Cuban President Raul Castro.

The current visit of Mogherini indicates how important Cuba has become to the European block after December 17, when the restoration of relations with the United States was announced. In fact, a statement of diplomacy from the called Old Continent confesses that “Cuba is facing a very interesting period and the EU is keen to see how relationships can advance with a strong momentum.

It adds that “the Union has closely followed events in Cuba and its relations with key international players, creating new dynamics in the region and in Cuba itself, and offering new opportunities to all.” In other words, Cuba is opening to the world -even to USA- and Europe does not want to be left behind, especially when several political and economic actors in the area pressure their officials for the scarce progress achieved in bilateral negotiations.

This really, disturbing for many, has influenced the policies of several of the 28 EU members and the block itself. To verify this, you just have to look at those preceding the visit of Mogherini and those who will come later.

Just twelve days ago, the Minister of Foreign Affairs of Italy, Paolo Gentiloni, made clear in Havana the interest of Rome in expanding its economic relationship with Cuba. He highlighted the opportunities and favorable conditions created by the new policy for foreign investment and announced the upcoming arrival to the island of a business delegation from his country. Gentiloni extended an invitation to Cuban President to visit Italy.

Apparently, France does not want to fall behind and also plans to strengthen its ties with Havana. Earlier this month, the French government said its president, François Hollande, will visit the country next May 11. That will be the first visit by a French president to the Caribbean island and the first trip announced by a Western leader from the December 17.

Bilateral ties between Cuba and the EU began their thaw in 2008, following the lifting of diplomatic sanctions from Europe. Both sides opened negotiations for their first bilateral agreement in April 2014. Since then, attempts to replace the “common position” of the block to Cuba have been made.

That policy, adopted in 1996, determines the bilateral cooperation to progress on human rights and individual freedoms on the island. However, in practice, the position has been relaxed. In fact, in recent years, Cuba has signed bilateral agreements with 15 of the 28 EU countries.