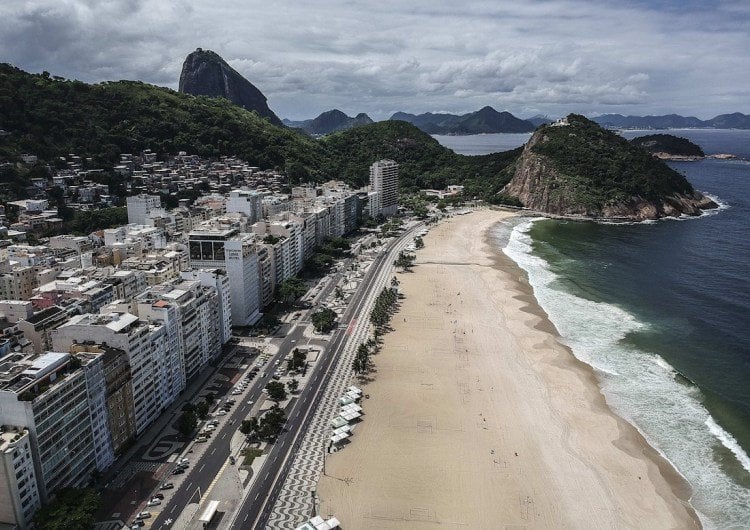 The Brazilian government summoned this Thursday the Cuban doctors who decided to remain in the country after the end of a questioned binational cooperation program, to provide care in isolated and remote municipalities and help combat COVID-19.

After several months of announcements and negotiations, the Ministry of Health published this Thursday in an extraordinary edition of the Diario Oficial de la Unión the decree by which it allows Cubans to enroll in the healthcare program in remote and impoverished areas, known as Doctors for Brazil.

The island’s physicians will be able to fill the quotas that were not accepted by the Brazilians to provide care in the most isolated municipalities of the country or in medical centers in the peripheries and to reinforce the campaigns against COVID-19, a pandemic that has so far left 77 dead and 2,915 confirmed cases in Brazil.

The quotas had initially been offered to doctors trained in Brazil or to Brazilians and foreigners graduated abroad but with a recognized degree in the country, and the offer has now been extended to foreigners who have not approved their training in the country.

In this situation are the close to 1,800 Cuban doctors who preferred to stay in Brazil when, in November 2018, the Cuban government ordered the return of the 8,332 professionals who were providing healthcare in isolated Brazilian municipalities in the framework of a bilateral cooperation agreement.

Cuba ended the program after Brazil’s then-president-elect, extreme-right leader Jair Bolsonaro, claimed that Cuban doctors were subjected to a regime analogous to slavery.

This is because Cuba sent doctors to work in Brazil and kept most of the salary with which the Brazilian government paid them and prohibited them from leaving with their families.

The doctors who remained in Brazil were not able to practice in the country until now because their titles are not recognized, so they dedicated themselves to other trades.

The opportunity to practice again arose last week, when the Ministry of Health announced that it would hire 5,811 doctors to reinforce the fight against COVID-19 within the framework of the Doctors for Brazil program, which foresees its dispatch to the least-cared-for municipalities where Brazilian doctors prefer not to go.

The quotas for Cubans will be those that are available once the selection of Brazilians is concluded.

The decree published this Thursday allows Cubans who were in the More Doctors program to apply for the quotas offered by the initiative now known as Doctors for Brazil.

According to the decree, only Cuban professionals who are in Brazil under the condition of “naturalized,” “permanent resident” or “refugee” may register in the program, even if they do not have their recognized title in the country or have not completed the validation tests.

Cubans will be able to aspire to “quotas for the reincorporation of medical exchanges from international cooperation programs, once the available positions have been confirmed.”

Those hired will be able to sign two-year renewable contracts with starting salaries of 12,000 reales (about 2,400 dollars).

The call was highly anticipated by Cubans. “We are very happy because we have been waiting for this news for a long time,” Martha Emilia Betancourt, a 30-year-old Cuban doctor residing in the state of Sao Paulo, told EFE last week.

“Most of the time I have been unemployed. I only worked for about three months, in a pizzeria, caring for an elderly woman and in telemarketing,” said Maritza Acuí, a Cuban resident in Osasco, a municipality in the interior of Sao Paulo, the Brazilian state hardest hit by COVID-19.