The Diana Sacayán-Lohana Berkins Law for the Promotion of Access to Formal Employment for Transvestites, Transsexuals and Transgender Persons aims to repair historical damages with the trans community in the country. 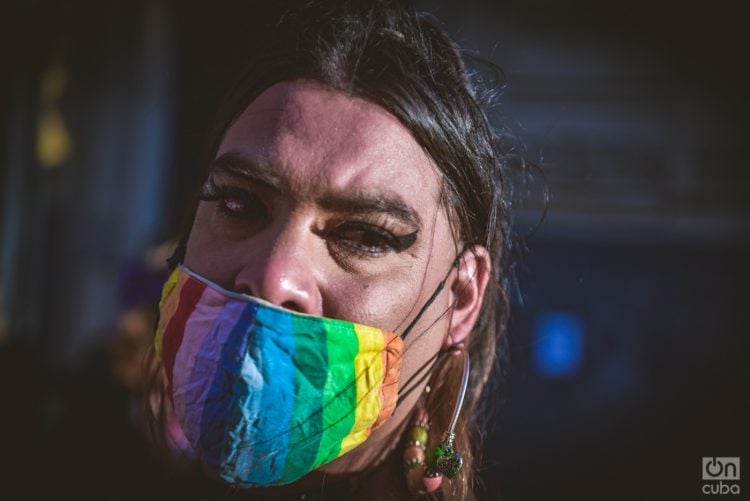 Since last June 24, the world is a little fairer and more inclusive because the Congress of the Argentine Nation approved, by a large majority, the Diana Sacayán-Lohana Berkins Law for the Promotion of Access to Formal Employment for Transvestites, Transsexuals and Transgender Persons. 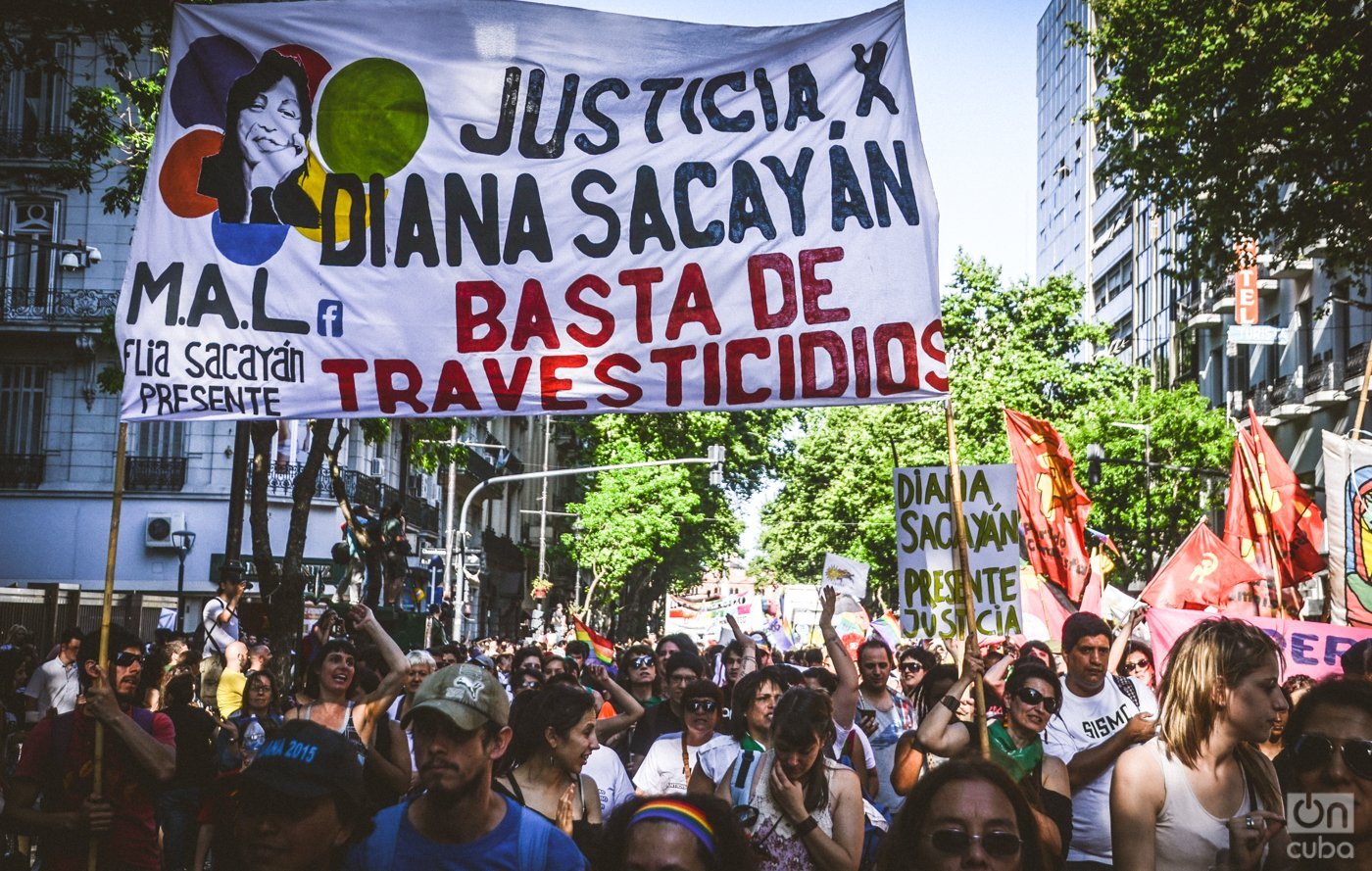 Known as Law of transvestite-trans labor quota, the central point of the regulation, elaborated by advisers and members of this group, establishes in Article 5 that “the national state, including the three powers that comprise it, the public ministries, decentralized or autarkic agencies, non-state public entities, state companies and associations, must employ a proportion of not less than one percent of their total staff with transvestites, transsexuals and transgender people.”

With this initiative, it is estimated there could be around 2,500 jobs in the public administration. 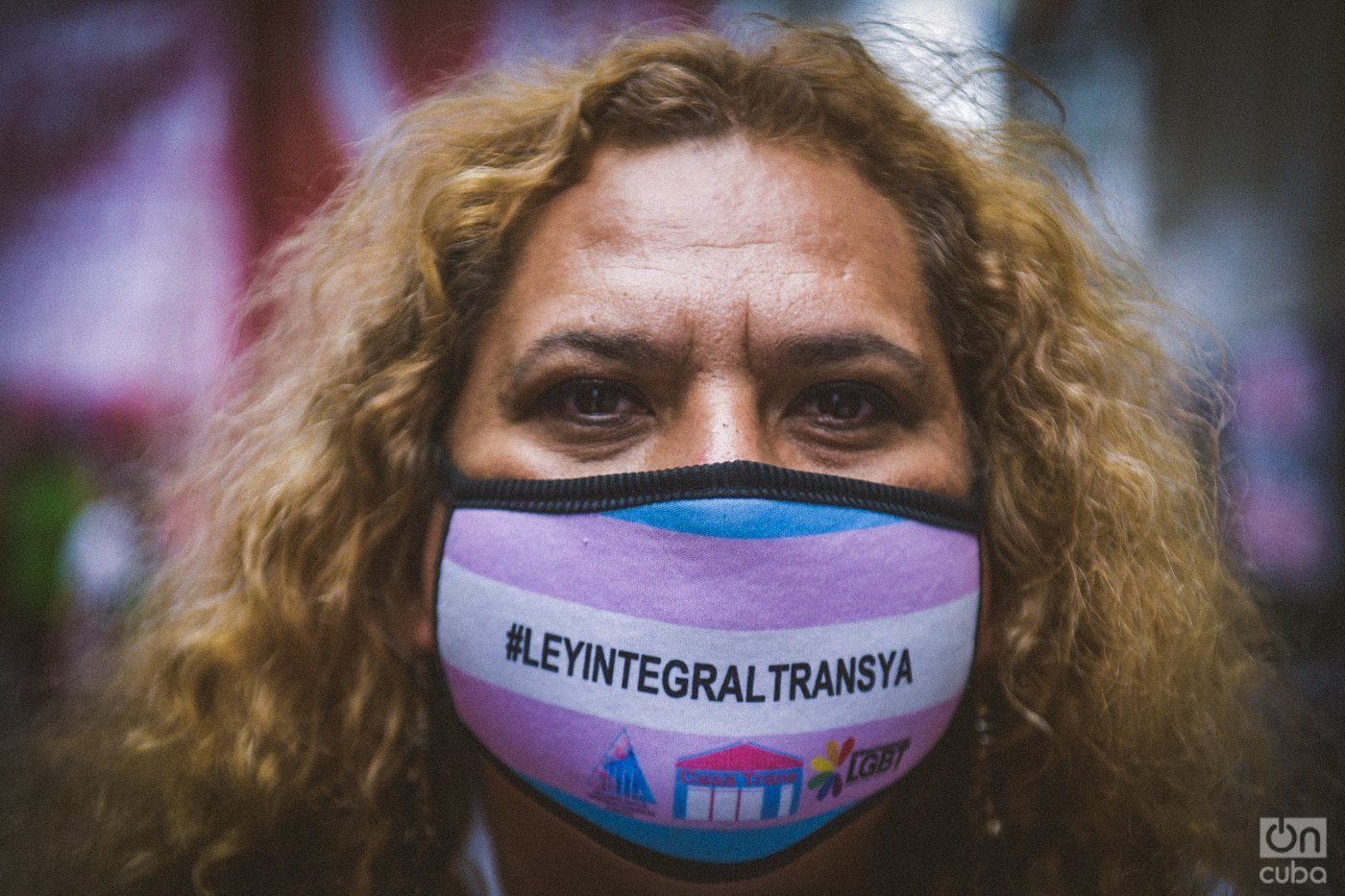 An important specificity of the project with respect to hiring establishes that new positions will have to be created for this. It also specifies that the educational requirements will not be exclusive to opt for jobs. However, training is encouraged.

“For the purposes of guaranteeing real equality of opportunities, the requirement of educational completion cannot be an obstacle to entry and permanence in employment under the terms of this law. Their entry will be allowed with the condition of taking the required educational level courses and completing them,” says Article 6 of the legal body. 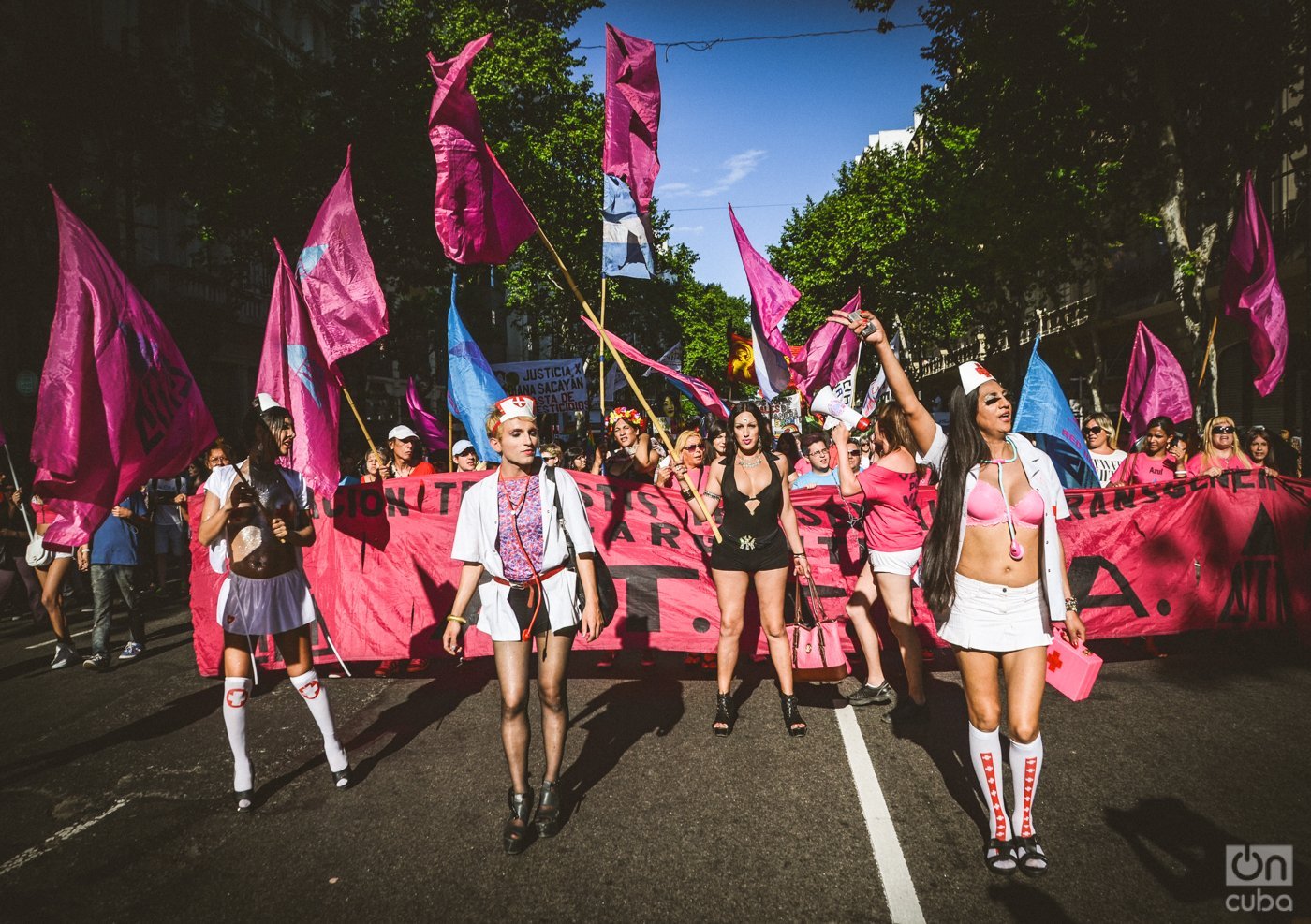 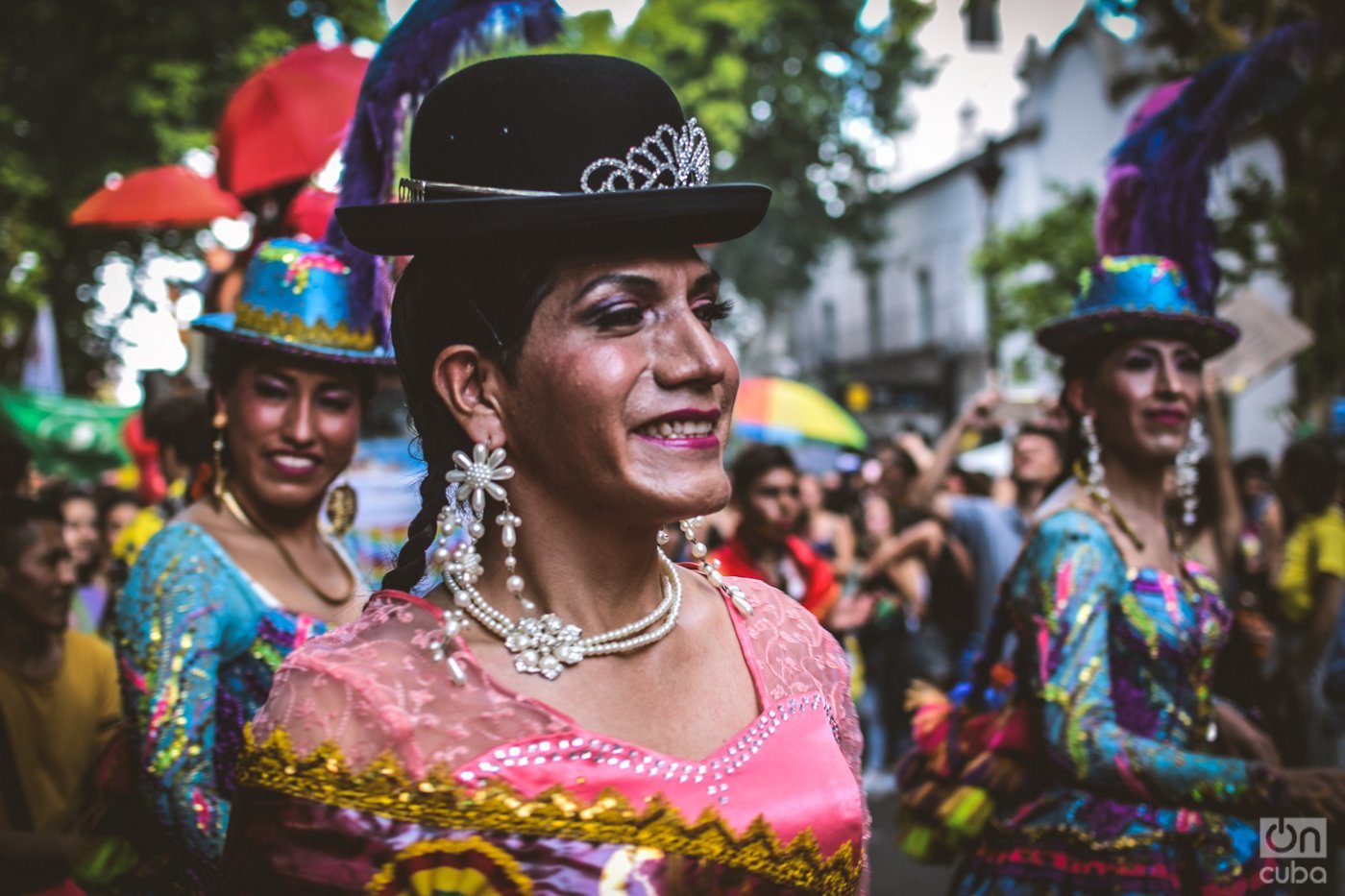 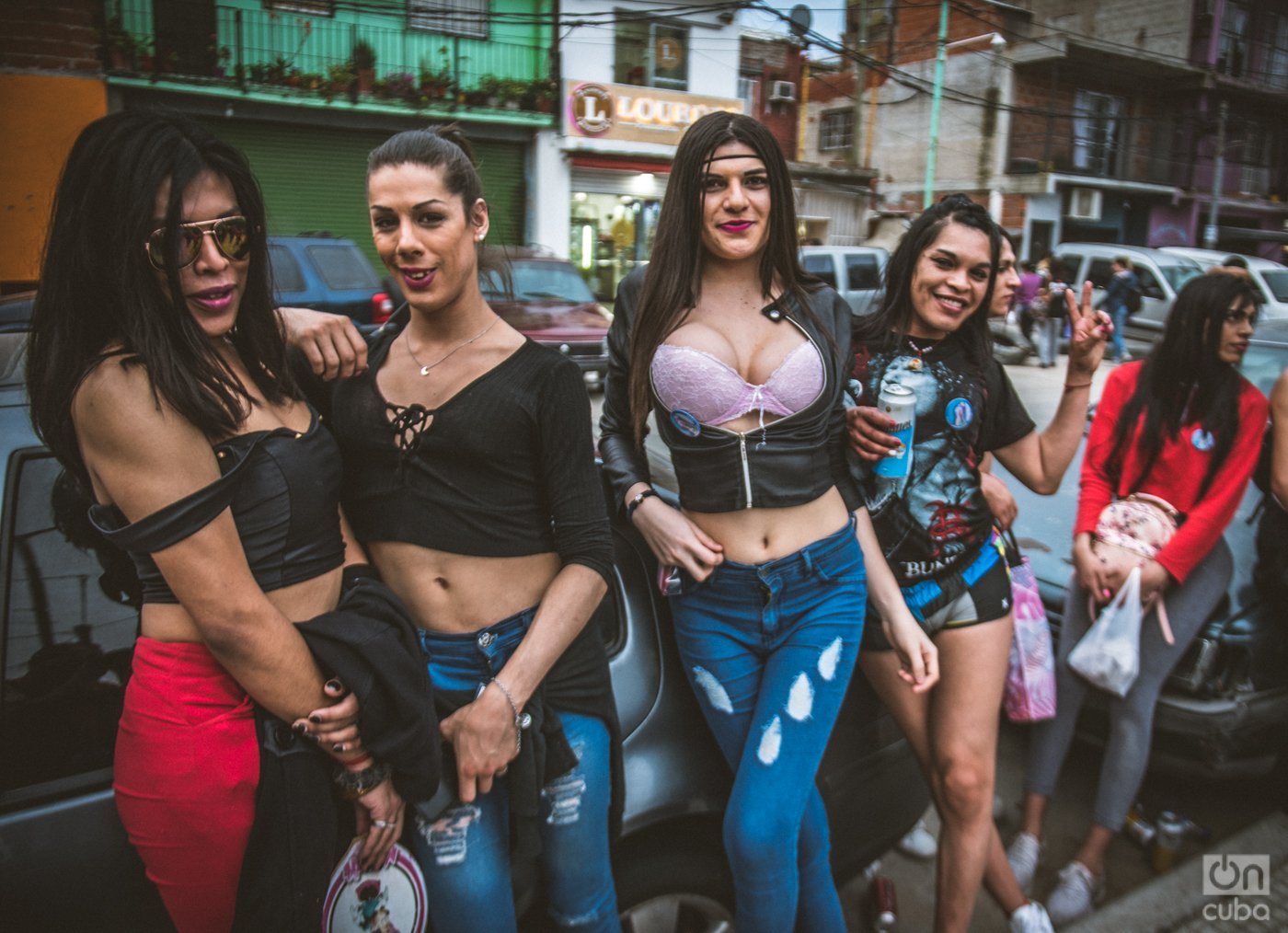 In order for the requesting agencies to have a list of candidates to carry out the Law, a Single Registry of Applicants will be created. “Enrollment in it is not mandatory nor is it an impediment to accessing the labor inclusion regime,” the regulation specifies.

Elsewhere and in coherence with the National Constitution, the supreme law of the state, which recognizes the principle of equality before the law, Article 7 focuses on non-discrimination:

“Every transvestite, transsexual or transgender person has the right to dignified and productive formal work, to equal and satisfactory working conditions and to protection against unemployment without discrimination on the grounds of gender identity and/or its expression. In order to guarantee the entry and permanence in the job post, the infringement antecedents cannot be assessed. Likewise, the criminal records of the applicants, which are irrelevant for access to the job position, may not represent an obstacle to entry and permanence in employment, considering this group’s particular situation of vulnerability.” 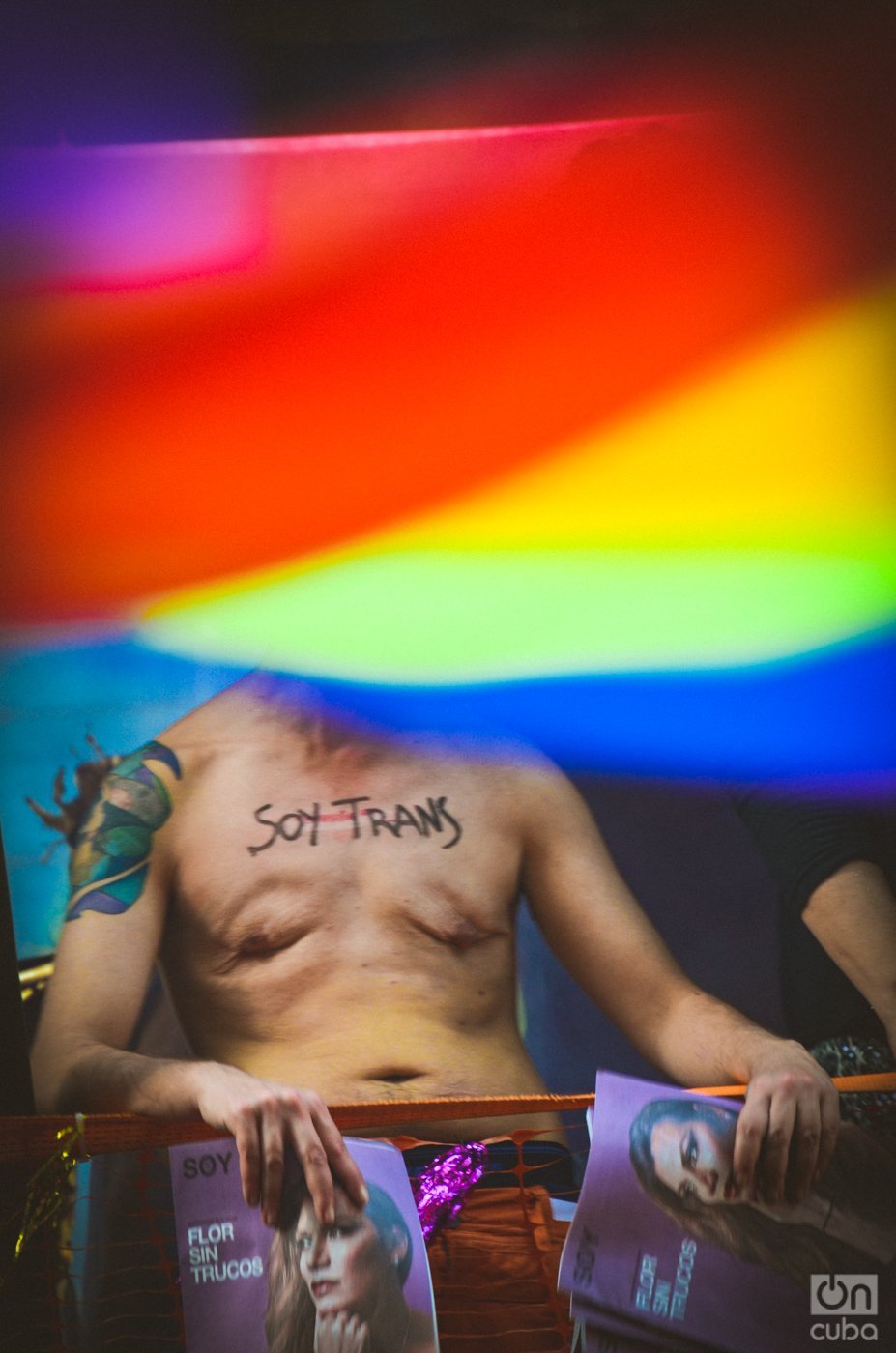 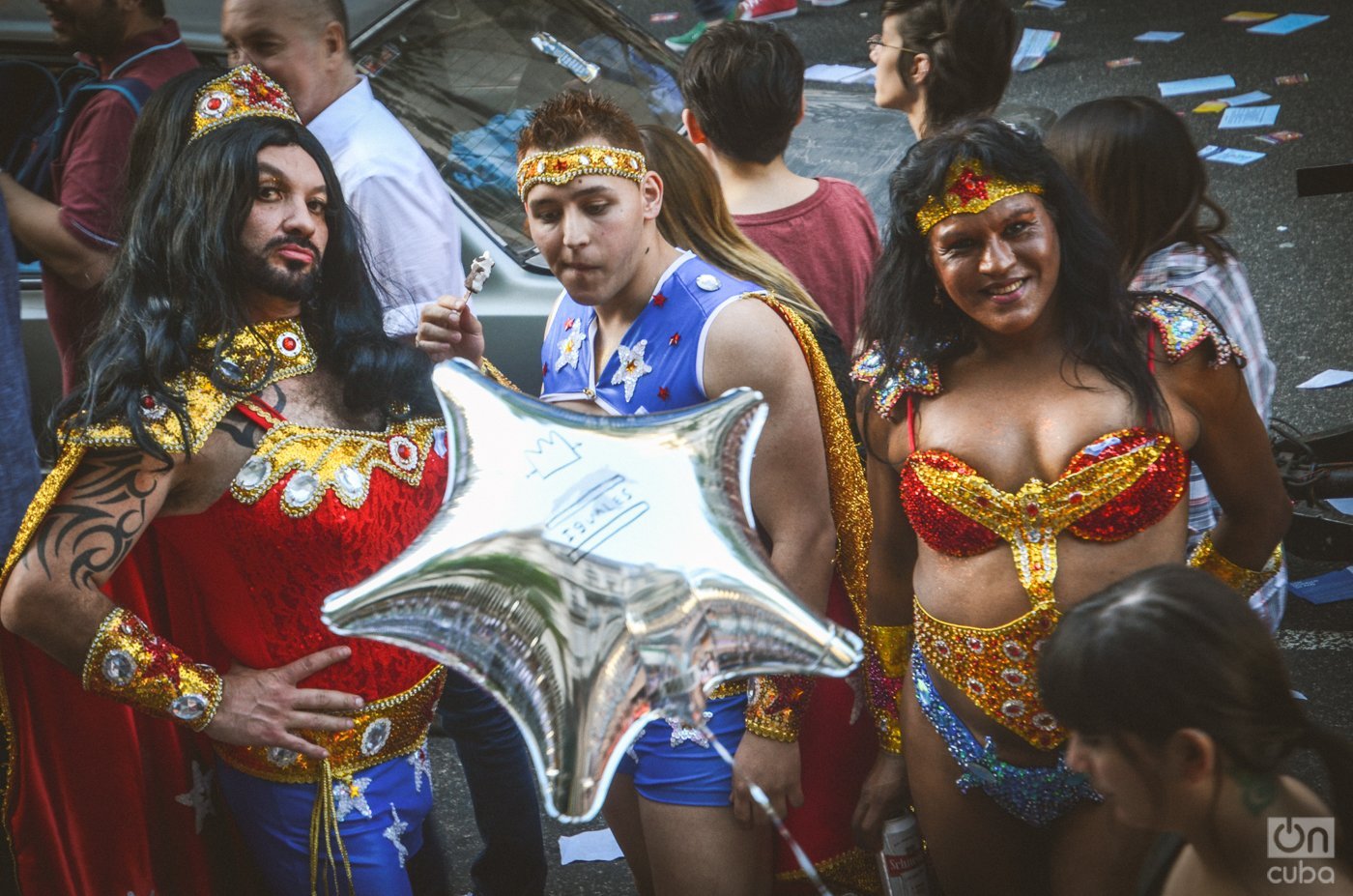 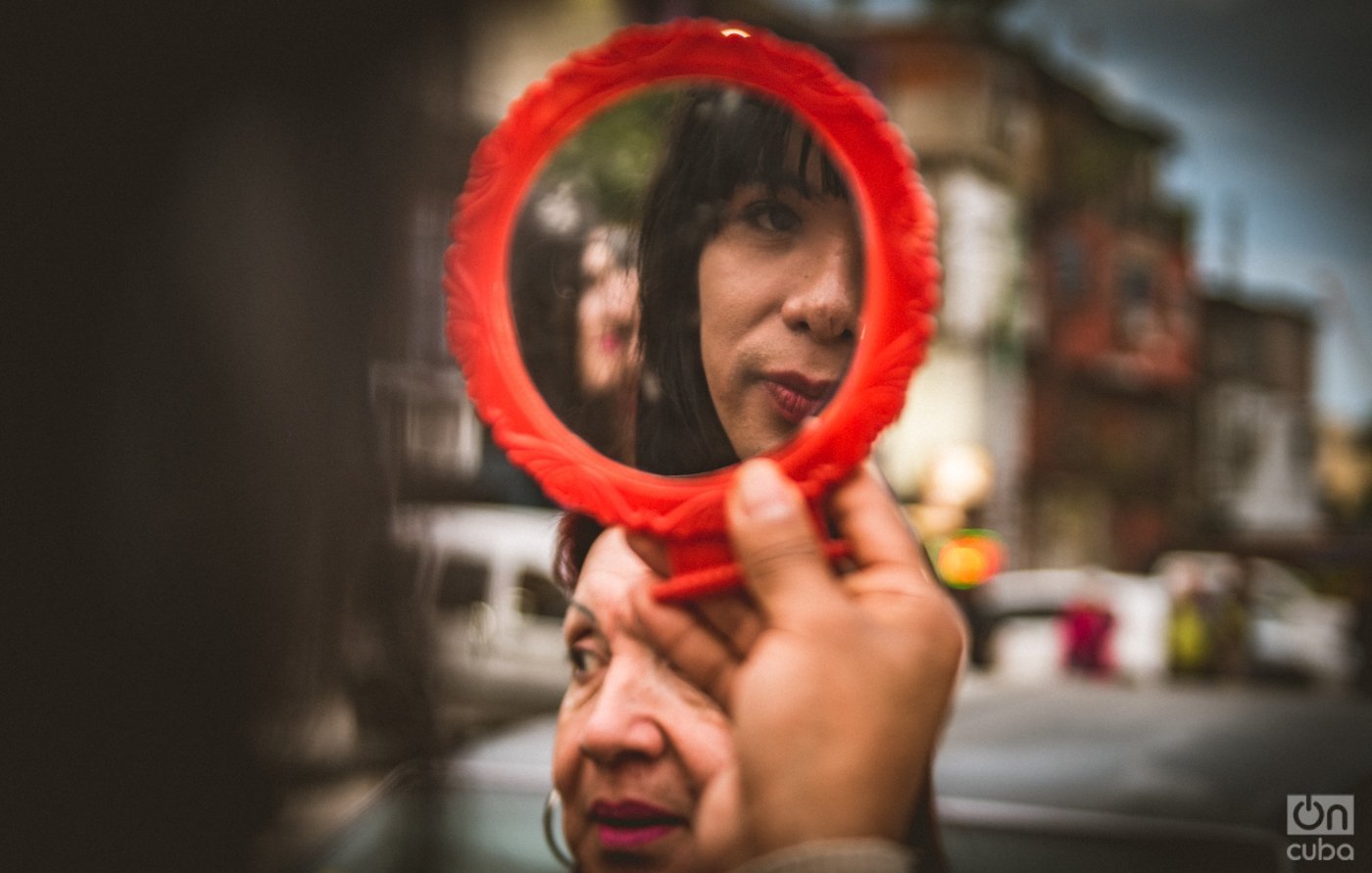 It is worth noting that the law does not remain in the public sphere; it also seeks to encourage the private sector to join the proposal. For this, companies that hire transvestites, transsexuals and transgender people will enjoy economic incentives such as priority in government purchases and tax benefits. 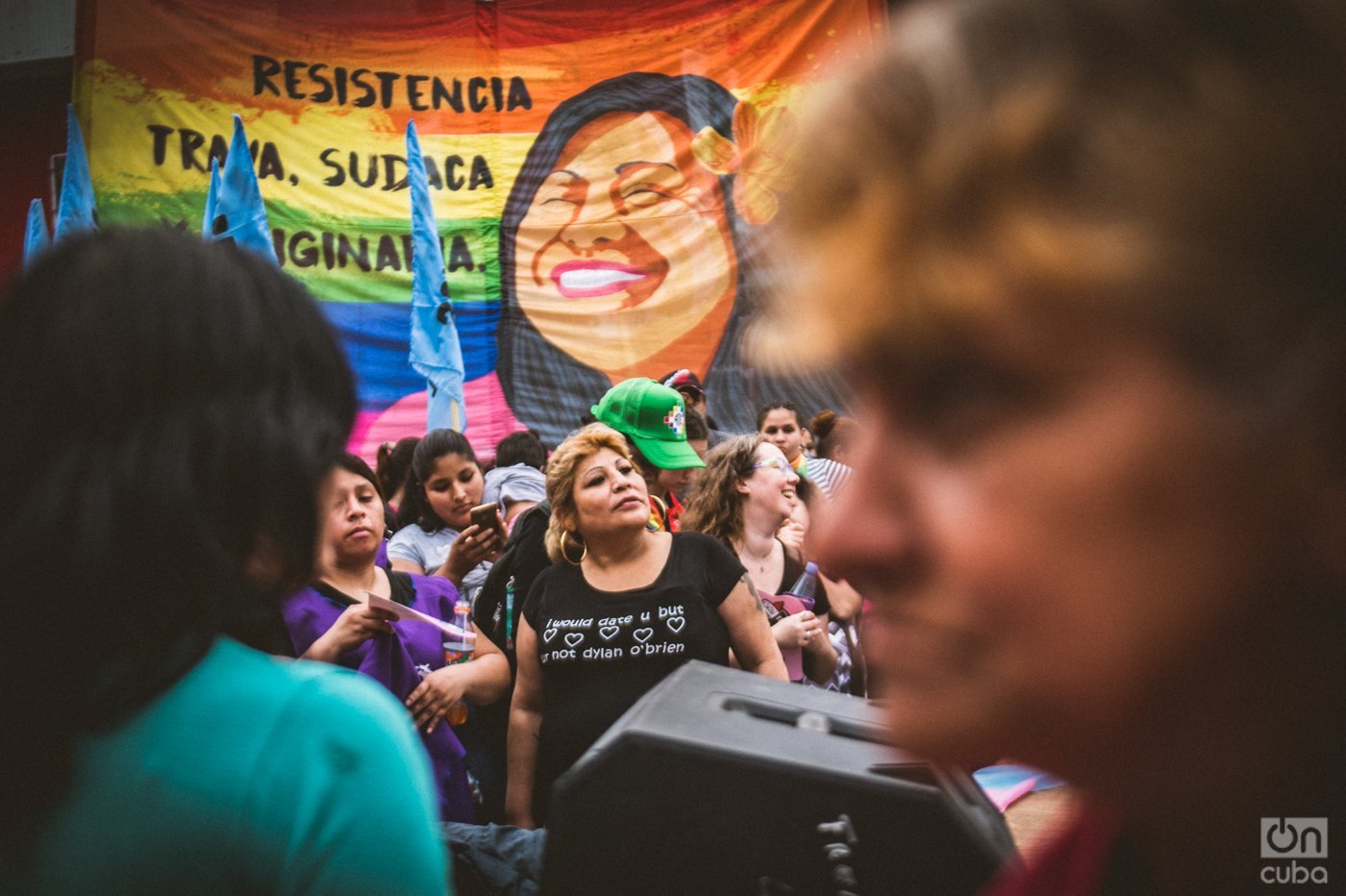 As happened in 2012 with the Gender Identity Law in Argentina, which is considered today one of the most advanced in the world, the transcendental fact of a law like this, pioneer in Latin America, empowers the transvestite-trans community.

In this way, the structural violence against this group by the state and society is recognized and begins to put right. It is a great achievement, a page of glory in the middle of a history marked by discrimination and criminalization. 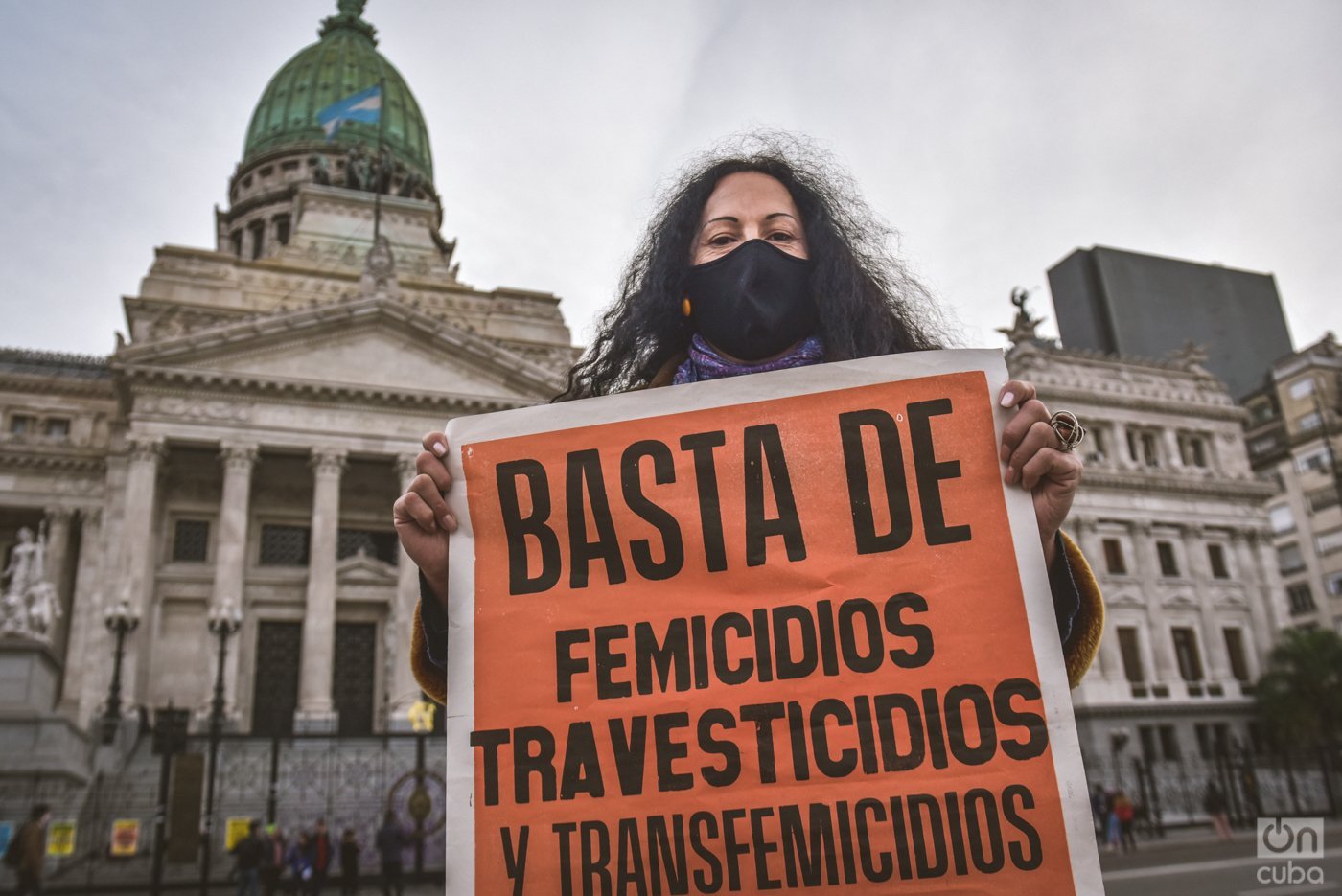 “This law was a debt the state had and today it is a reality, the result of the political will and the enormous strength of the diversity movements that never lowered their flags and that continue to promote essential transformations for the right to be,” lawyer Elizabeth Victoria Gómez Alcorta, Minister of Women, Gender and Diversity of the Argentine Nation, stated in her social networks.

For her part, Paula Arraigada, a trans activist and advisor to the Argentine parliament, affirmed that “this bill equalizes rights for a population that has been decimated and has an average life span of forty years, for whom the state is responsible.” 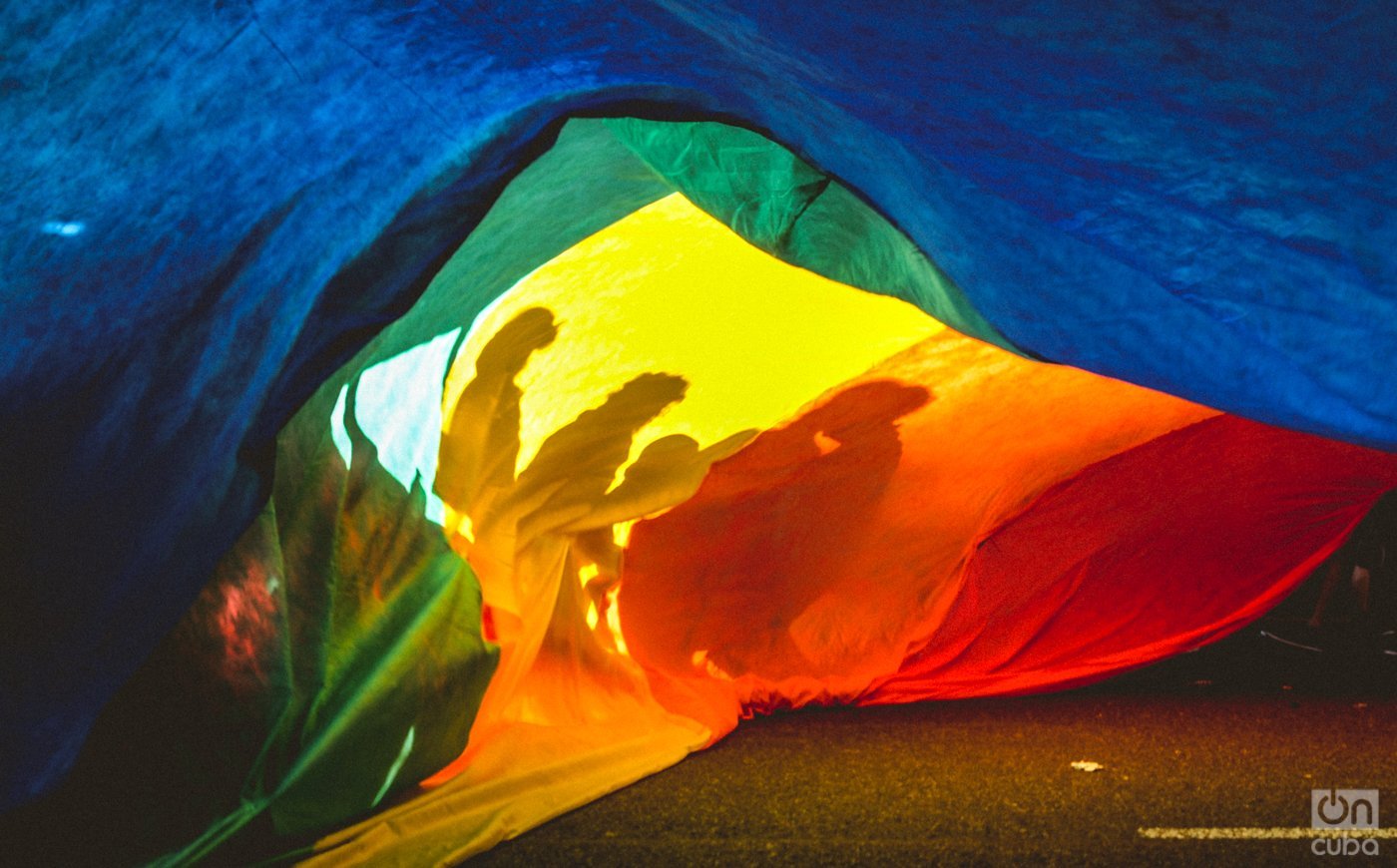 Arraigada, who was an advisor in the drafting of the transvestite-trans labor quota law, in an interview with the News Agency of the Communication Sciences Career (ANCCOM) of the University of Buenos Aires, emphasized that “this law becomes a form of reparation, one of the possible forms of reparation. For this reason, when it is regulated and when it begins to be completed, we need the comrades who need the work to really enter. The quota has to rescue, save, that comrade who had no opportunities. It is not about breaking the glass ceiling, it is designed to be able to take off that tar floor, because if not, we are entering a dilemma where it seems that it is only an acquisition so that all trans people have work. It is true that it is so that they have work, but always starting with those who need it most, which are the ones who must have an urgent solution.”

The Law for the Promotion of Access to Formal Employment for Transvestites, Transsexuals and Transgender Persons is named after Diana Sacayán and Lohana Berkins, two important fighters and activists of the transvestite-trans community in Argentina. 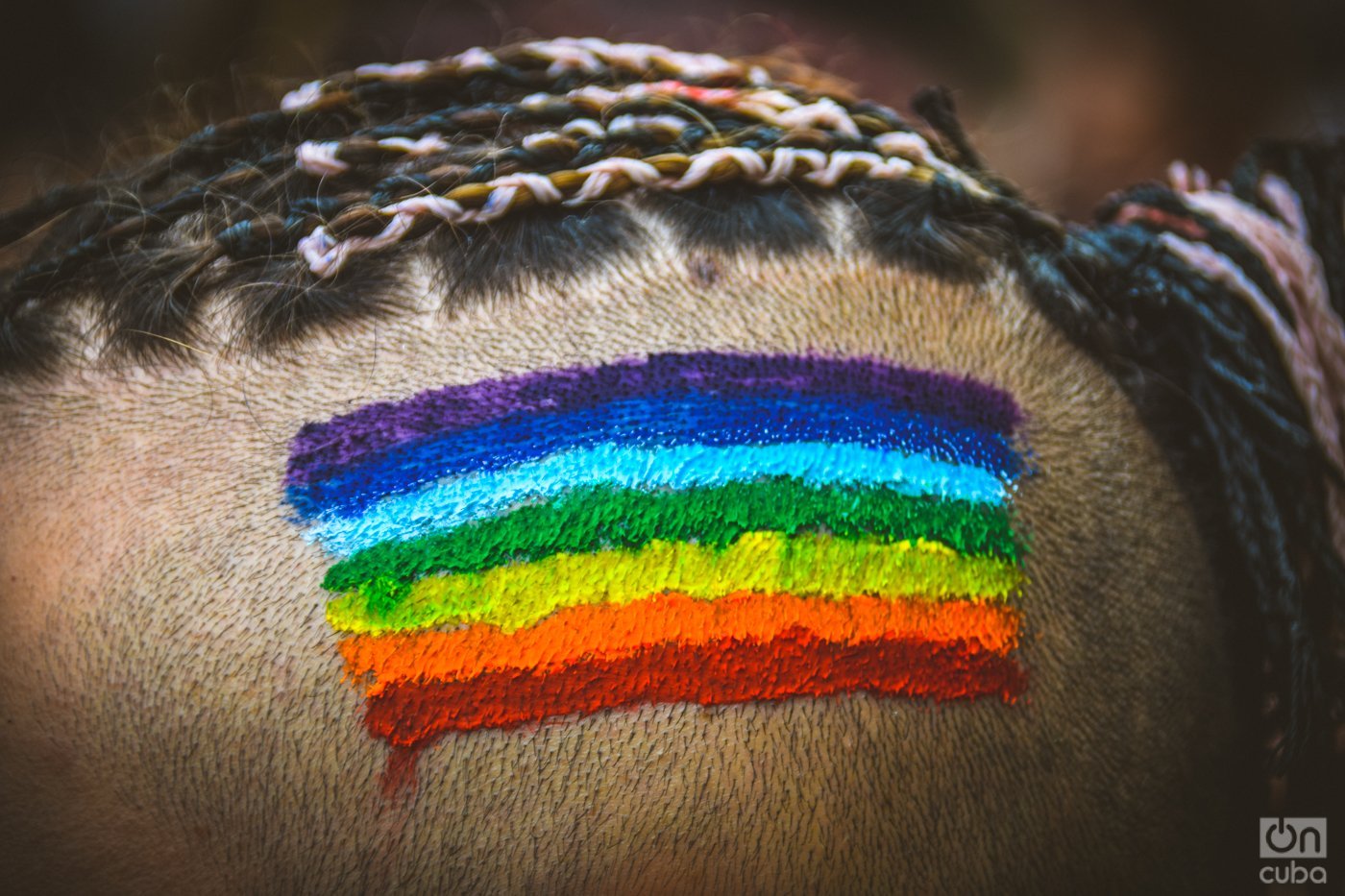 Sacayán led the International Lesbian, Gay and Bisexual Association (ILGA) and founded the Anti-Discriminatory Liberation Movement (MAL) in Argentina. In addition, she was a member of the National Front for the Gender Identity Law and was the first transvestite to receive her National Identity Document with the inscription of the female gender. In 2015, she was tortured and brutally murdered by a femicide.

Lohana, on her part, was an Argentine reference for the right to identity and gender equality and the first transvestite to work in the Argentine state. She founded the Transsexual Travesty Struggle Association (ALTT) in 1994 and promoted Law 3.062 on respect for the identity adopted by transvestites and transsexuals. In 2013, and until her death in 2016, she headed the Office of Gender Identity and Sexual Orientation in the country.

Before she died, very ill, Lohana Berkins wrote a farewell letter that carries the spirit of this conquest, which is the Law of transvestite-trans quota in Argentina:

“…Many are the triumphs we have obtained in these years. Now is the time to resist, to fight for their continuity. The time for revolution is now because we won’t go back to jail again. I am convinced that the driving force of change is love. The love that we were denied is our drive to change the world. All the blows and the scorn that I suffered, do not compare with the infinite love that surrounds me right now. Transvestite Fury Always. A hug.”

With a Soviet Zenit camera, some money and a bag full of more illusions than clothes or food, I began backpacking through Cuba when I was 18. Photography and journalism then made their appearance as a need and they became a form of militancy for always.