Colombian immigration authorities claim to have been "in permanent communication with the government of Cuba," when the island returned Raul Gutiérrez after his first expulsion from Bogotá. 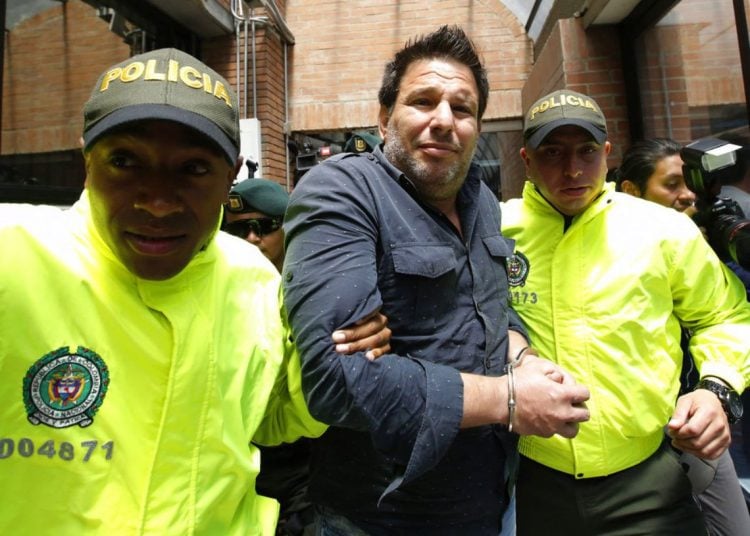 The Colombian authorities expelled for the second time in less than a week Cuban Raúl Gutiérrez, accused of planning attacks in Bogota against U.S. citizens and who was not taken back by the island’s government last Friday, reported official sources.

“We have been in permanent communication with the government of Cuba clarifying not only what happened but also working to correct this impasse, thus carrying out the expulsion measure from abroad, as we had scheduled,” said the director of Migration Colombia, Christian Krüger, quoted in a statement from his office.

Gutiérrez left Colombia at 08:30 local time (13.30 GMT) this Tuesday on a commercial flight to Havana accompanied by two immigration officials.

The entity added that the Cuban citizen, who was arrested in March 2018 in the city of Pereira, will not be able to enter Colombian territory for ten years “from the date of expulsion.”

Gutiérrez was expelled from the country on Thursday last week accused of preparing a terrorist attack against Americans in the so-called Zona Rosa of Bogotá, an area of ​​bars and restaurants frequented by foreigners.

However, the Cuban immigration authorities did not accept his entry alleging, according to what Gutiérrez said in a video, that the way he entered was “illegal” and that he could “affect Cuban security.”

Faced by the measure, Migration Colombia said it respected the inadmissibility of Gutiérrez, since “it was a decision based on domestic procedures of the Cuban immigration authorities.”

After arriving back at the El Dorado International Airport in Bogotá, the detainee remained in “sterile areas” guarded by immigration officials, while the authorities coordinated his return to Cuba.

“We will continue working jointly with the immigration authorities of other countries to guarantee the security of the region. Terrorism is not a game and as such, we will not allow foreign citizens to affect our peace with their actions,” said Krüger.

According to the Prosecutor’s Office, Gutiérrez communicated via telegram with extremist Islamic groups and in those messages said that the terrorist attack was going to be carried out with “explosives against a restaurant.”

The Cuban had already been deported from Colombia in 2015 and was expelled from the country in 2017, when he also entered irregularly. After entering the country again illegally, he started being followed by police forces following a warning by Spanish authorities, which led to his arrest.