The coming into force of Title III could affect U.S. food sales to the Island, according to sources quoted by Reuters. 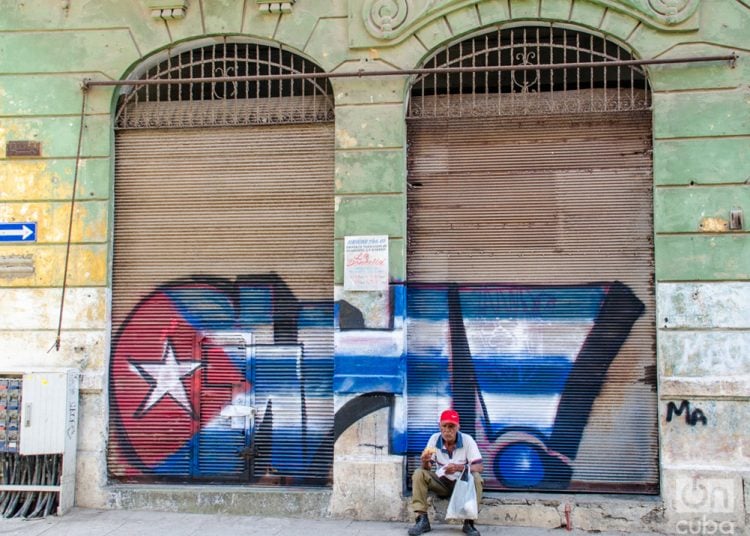 The full activation of the Helms-Burton Act by the Donald Trump administration, with the coming into force of its Title III last May 2, could affect Cubans’ table more than can be imagined.

Beyond dissuading future investors and putting those already established in Cuba to thinking, the possibility that U.S. and Cuban-American citizens filing lawsuits against companies that benefit from lands or real estate that were nationalized after the 1959 Revolution could also affect U.S. food sales to the Island, according to sources quoted by Reuters.

Since 2001, an exception to Washington’s trade embargo has allowed U.S. farmers to sell nearly 6 billion dollars’ worth of chicken, corn, soy and other products to Cuba, a rather considerable figure. Of the 2 billion Havana spends on agricultural products per year, about 150 million are destined for purchases in the United States, according to data from the American Farm Bureau Federation published by the BBC.

However, U.S. regulations force Cuba to pay in cash, which limits imports from the island and, with it, the sellers’ profits.

Under the current system, Reuters explains, a U.S. exporter contracts food sales with Alimport, Cuba’s state importer, which then issues a letter of credit from a third-country bank. When the seller receives the payment through the bank, he then delivers the food to Alimport.

A banker, who requested anonymity, told the British agency that the attorneys of the financial institutions “increasingly mistrusted” approving transactions to Cuba, even if their clients were not violating the sanctions.

As a guarantee, some banks have requested to see property titles of Cuban ports before financing projects with the island, according to a European diplomat whose name is not revealed either.

Other anonymous sources confirmed that the National Bank of Canada ―which facilitates much of the food trade between the United States and Cuba― “is worried” about possible lawsuits against it if the ships with the U.S. products are unloaded in ports that are in nationalized properties.

According to these sources, which Reuters identifies as western businessmen, the Canadian bank “wants to make sure that when the food is delivered from the United States to Cuba, the port area is not nationalized property.”

For a similar reason ―docking in the ports of Havana and Santiago, on properties claimed by two U.S. families― the Carnival cruise company is already being sued.

And although a spokesman for the National Bank of Canada said in an email that concerns that it would not deliver more letters of credit to U.S. farmers “were inaccurate,” the uncertainty seems justified.

Diplomats, lawyers and businesspeople consulted by Reuters say that the Cuban government has not agreed to provide property deeds after the 1960s nationalizations, on the grounds that these were “carried out following international and Cuban laws.”

Havana explains that it did offer compensation to some Cubans and to businesspeople from other countries, except those of the United States, whose government instead of negotiating applied an embargo.

Against this background, U.S. farmers seem to be under crossfire and, given the growing hostility of the White House towards Cuba ―now with the argument that Havana supports the government of Nicolás Maduro― they are placing their hopes on Congress.

Paul Johnson, president of the United States Agriculture Coalition for Cuba, told Reuters that the growing challenges of obtaining letters of credit to export food to Cuba are a strong indication that Congress must act to protect agricultural trade in Title III.

Despite the fact that several bills have been presented in recent years to facilitate exchanges, these initiatives have not been successful. President Trump himself has said he would veto any law that would eliminate or ease the embargo on Cuba.

On the other hand, Alimport recently told some U.S. food exporters that the pending contracts had to be met “before May 27” ―that is, they have already been met― and did not ask for new shipments as it normally does, without giving any explanation. Reuters affirms that “Cuban authorities did not respond to a request for comments” on the matter.

Meanwhile, the lines to buy food are fueled by the specter of a new “Special Period” and the Cuban authorities are increasing control over a group of products in high demand, including chicken, sausages and eggs.

Minister of Domestic Trade Betsy Díaz explained that the rationing measures respond to a “very complex” financial situation and seek to guarantee a “fair and rational” distribution of products and “avoid hoarding.”

In the opinion of Professor William LeoGrande, quoted by Reuters, the Cuban government “understands that dissatisfaction over the economy is its greatest political vulnerability” and therefore “it will do everything possible to maintain the supply of basic goods.”

However, more rationing and control are not enough to eliminate the consequences of the underlying ills that have plagued the Cuban economy for years. Nor are Washington’s recent measures, despite the Cuban government’s discourse insisting on them, the only ones responsible for the current tense situation.

The crisis in Venezuela, Cuba’s main economic and political ally and whose shipments of fuel have been drastically cut, is a key variable in this difficult equation. But also the decrease in export earnings, the impossibility of attracting all the necessary foreign investment and the chronic internal inefficiency, a combination that affects the availability of foreign currency and implies greater restrictions when importing.

Cuba imports between 60 and 70% of its food, according to official data. And the squalid forecasted economic growth has been put in doubt, after the statements by the Cuban leadership on the worsening of the situation in the “coming months.”

The reduction in American farmers’ sales as an indirect consequence of the Helms-Burton Act would then be another bucket of cold water for the island’s exhausted economy and, above all, for the table of the Cuban people.